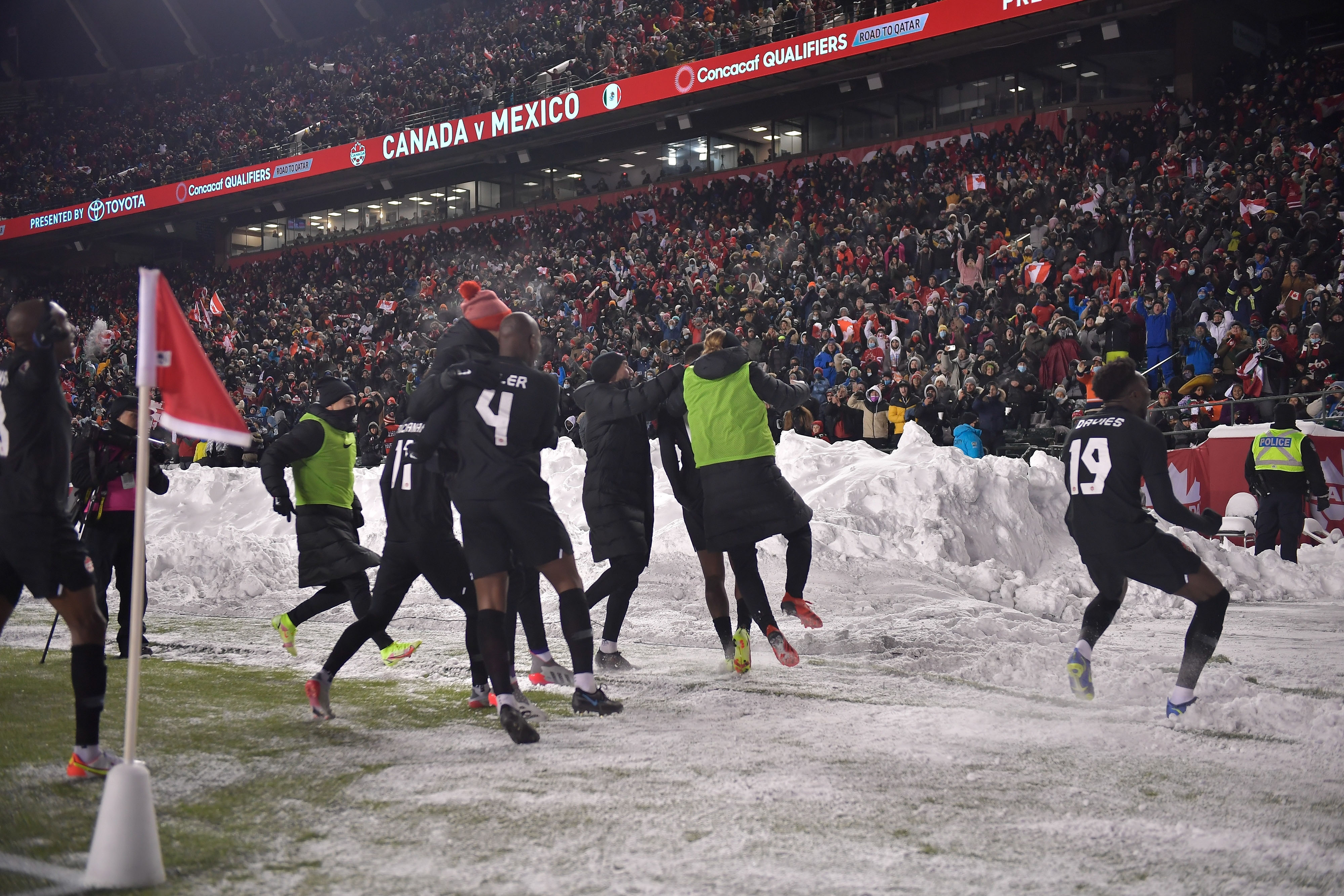 For weeks now, a football has laid still on a field waiting for someone to come along and help it do what it was made to do.

Before a heavy winter snowstorm fell, it stood on the chilled grass. Now, with white all around it, it is there that it remains. Left alone, isolated, wondering if the last person to kick it will ever return. A breeze attempts to move it, but stubbornly it sits, knowing it has been created to be moved by the glory of the pass. Days goes by and still it sits quiet and unmoved.

A few yards away, inside a bubble, football nets stand tall and silent. No balls smash into it in all their glory, no one cheers, no one celebrates. An arena used to being drowned in energy lies empty.

January in Canada has never truly produced games of real meaning at any level, for obvious reasons. Yet, it is these days when the genuine love for the sport is usually on show. When players of all ages get the opportunity to play with friends, run with a football, work on their game, dream of better weather and, with it, the smell of fresh cut grass laid as a canvas for some to produce their finest work. Except in 2022, across large parts of this great land, footballers have to wait for restrictions to be lifted again to allow them to get back on their own pitch. Their own stages in their minds, where for a moment when they kick the ball they can close their eyes and dream of it feeling like their hero, have disappeared. For a long time, in the men’s game, these heroes never wore the red of Canada. Times, though, are changing and they may never be needed more than they are right now.

For the first time in 20 years, the men’s national team will play a competitive January game – when they play in Honduras on Thursday evening. They will then play another, three days later, in Hamilton, Ontario against the USA, which will be the first time they have ever hosted a competitive match in January at home. If that’s not enough firsts, they then go to El Salvador three days later, attempting to get closer to their first World Cup finals appearance since 1986.

In sports, we are used to reading about momentum and form, yet the joys and perils of international football force us all to look at it differently. We last saw them in the snow of Edmonton where close to 50,000 people gathered to roar them past the might of the region, Mexico, and secure a win that placed them top of the standings with six games remaining.

Canada, much like the world, had been through a lot during the pandemic, but the games in Toronto and Edmonton meant a true dose of genuine and real appreciation came alongside the triumphs in stadiums that sat empty for months and months. Fans mingled and connected with their heroes and with it the belief of securing a spot for Qatar 2022 became contagious.

The team returns to our radar with Canada once again finding itself as a very different place than just two months ago. For many of us, Edmonton seems far longer ago. It has been difficult for many to stay healthy – physically and mentally – some have lost loved ones, children have been kept away from school and sports.

Fittingly, the Canada squad, is also not at its best. Alphonso Davies and, reportedly, Stephen Eustaquio, two of its finest and most important players, are absent and it is now the collective responsibility of the squad to do what the rest of the Canadians have been doing this month, by stepping into fighter mentality and doing the best they can with what they have.

Thankfully, for this squad this requires them to rely on something that is already an enormous reason for their success so far. Attitude.

On the day it was revealed that Davies would miss this international window due to myocarditis, many non-traditional sports media conducted their news coverage in a manner that seemed to suggest it was an enormous loss for Canada that would impact their chances of qualifying. They could, of course, be proven correct, but that’s not how often this sport works.

This is not like traditional North American sports where a star can carry a team on his or her own for large periods such as a quarterback, a key goalie in hockey or an elite starting pitcher. This is also not how this team operates as key evidence taken from their performances in 2021 would suggest.

Davies is this team’s undisputed best player, their most valuable player in a world where the best clubs play every week in a strategy-based environment. He plays for one of the world’s greatest clubs, where tactically he is being tested everyday and soaring to new heights.

International football is different. Clearly, talent will always rise to the top and he can still be a real difference-maker (his assist for Cyle Larin away against the USA and his wonder goal at home against Panama, for example) but international football has always been more relationship based than the club game. Connection from coaches to players touches on elements such as inspiration and motivation for the shirt and the country. For years, countries like England struggled with this and therefore struggled in major competitions.

Elite talent and elite attitude is the perfect formula for teams and those that find it win trophies. Talent and attitude can change due to a wide range of circumstances and no one understands that more in this sport than international coaches. When they welcome players back, they get them as a product of their own lives, shaped by events personally and at their clubs, that were not factored in the last time they met.

Unquestionably, the talent of Canada’s squad is less with Davies and Eustaquio absent. This was also the case when Davies, Milan Borjan, Jonathan David and Atiba Hutchinson missed the Gold Cup, a tournament where they brushed aside Costa Rica, and pushed Mexico to the brink in the semi-finals without Larin who was injured in the group stages. It was also the case when Davies missed the game against El Salvador and his team responded with a comfortable 3-0 victory at BMO Field in September.

That all happened because of the collective attitude set by the players. Since they gathered to start this campaign last March in Orlando against Bermuda, it has been about ‘we not me’.

“Everyone is on the same page. We are all here to win and qualify for the World Cup. That mission is clear in the group,” Tajon Buchanan said on the Beyond the Pitch podcast.

Skipper Hutchinson, who made his debut for Canada back in 2003, knows more than anyone how the mindset of this team is fuelling their success, said: “We go into games with a very different mentality. We believe now that we can win, the team is fearless and we don’t go into our shells like we used to.”

Midfielder Jonathan Osorio added: “This is the most confident I have ever seen this team. Explaining how tight we are will not do it justice. To be in it is special, it’s a real family.”

A total of 32 players have played minutes in their World Cup qualification games so far. They have been tested in different circumstances on and off the pitch and have risen above it all, firmly set in a belief that nothing will prevent them from achieving their goal.

They return to represent Canada at a time when they have never been needed more. People turn to sports to distract them from difficulties in their lives and to come together and support a team that means so much to them. Canada, right now, as a nation is hurting. Many Canadians cannot get tickets and cannot do what they want to do, with who they want to it with. This group is different. These players wouldn’t want to do this with anyone else than who they are with. Now they get the chance to do something that has never been done before in Canada. Yes, that is kicking a competitive ball in a January World Cup qualifier but at a unique time in all of our lives the truth is they are kicking balls for all Canadians right now.