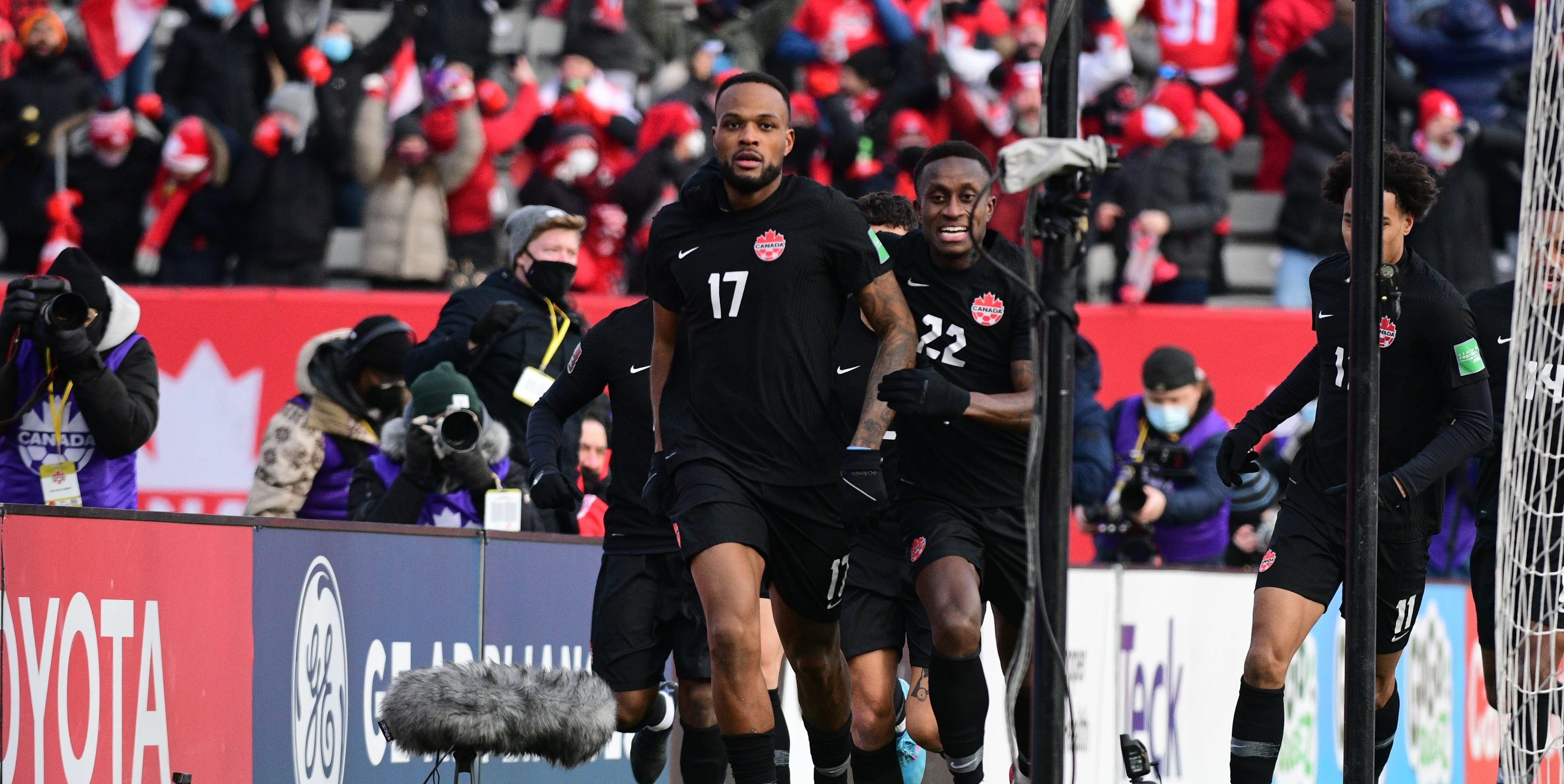 The Canadian men’s national team’s remarkable run of form continued unabated on Sunday afternoon in Hamilton, Ontario, as they remained top of the Concacaf World Cup Qualifying table by defeating the United States at Tim Hortons Field, extending their winning streak to five games and edging closer to booking a ticket to Qatar 2022.

The hosts opened the match with a dream start, as Kamal Miller sparked a quick transition just seven minutes in by getting to a long U.S. goal kick. A quick touch from Jonathan Osorio put it at the feet of Cyle Larin, who tapped it over to Jonathan David and continued running on goal, getting on the end of David’s through ball for a clinical finish to make it 1-0 — and to make Larin officially the Canadian men’s all-time leading scorer.

The rest of the first half transpired in back-and-forth, somewhat disjointed fashion. The United States dominated possession while a goal behind, and a few sloppy Canadian giveaways put the visitors on the front foot. Canada did their best to disrupt the Americans’ transitional play, breaking things up with hard challenges and at least a few cynical fouls, but the strategy managed to keep the U.S. out of the box for the most part.

Most of the Americans’ best chances in the first 45 came from set-pieces, though. A Christian Pulisic corner kick on the brink of halftime found its way to Weston McKennie’s head, but a spectacular reflex save from Milan Borjan kept Canada in front heading into halftime.

After about 15 minutes of the second half, it was John Herdman who went to his bench first. He called on Liam Fraser, who entered for his second extended shift off the bench in this window, to replace Mark-Anthony Kaye.

Not long after, Gregg Berhalter made some more drastic changes to his own side. He made a surprising triple substitution, inserting Kellyn Acosta, Ricardo Pepi, and Jordan Morris in lieu of Tyler Adams, Gyasi Zardes, and Brenden Aaronson — then again, only minutes later, he threw in Reggie Cannon and Paul Arriola with 15 minutes to play

The atmosphere — in the stands and on the pitch — remained fierce as ever as the seconds ticked away, and the Canadians continued to weather a storm defensively. At last, to a tumultuous roar from the Tim Hortons Field faithful, it was Sam Adekugbe who set Hamilton alight, getting on the end of a long ball and finishing a superb strike from distance on the very brink of fulltime.

After 41 long years, Canada defeated the United States in a World Cup Qualifying match, and drew ever closer to Qatar.