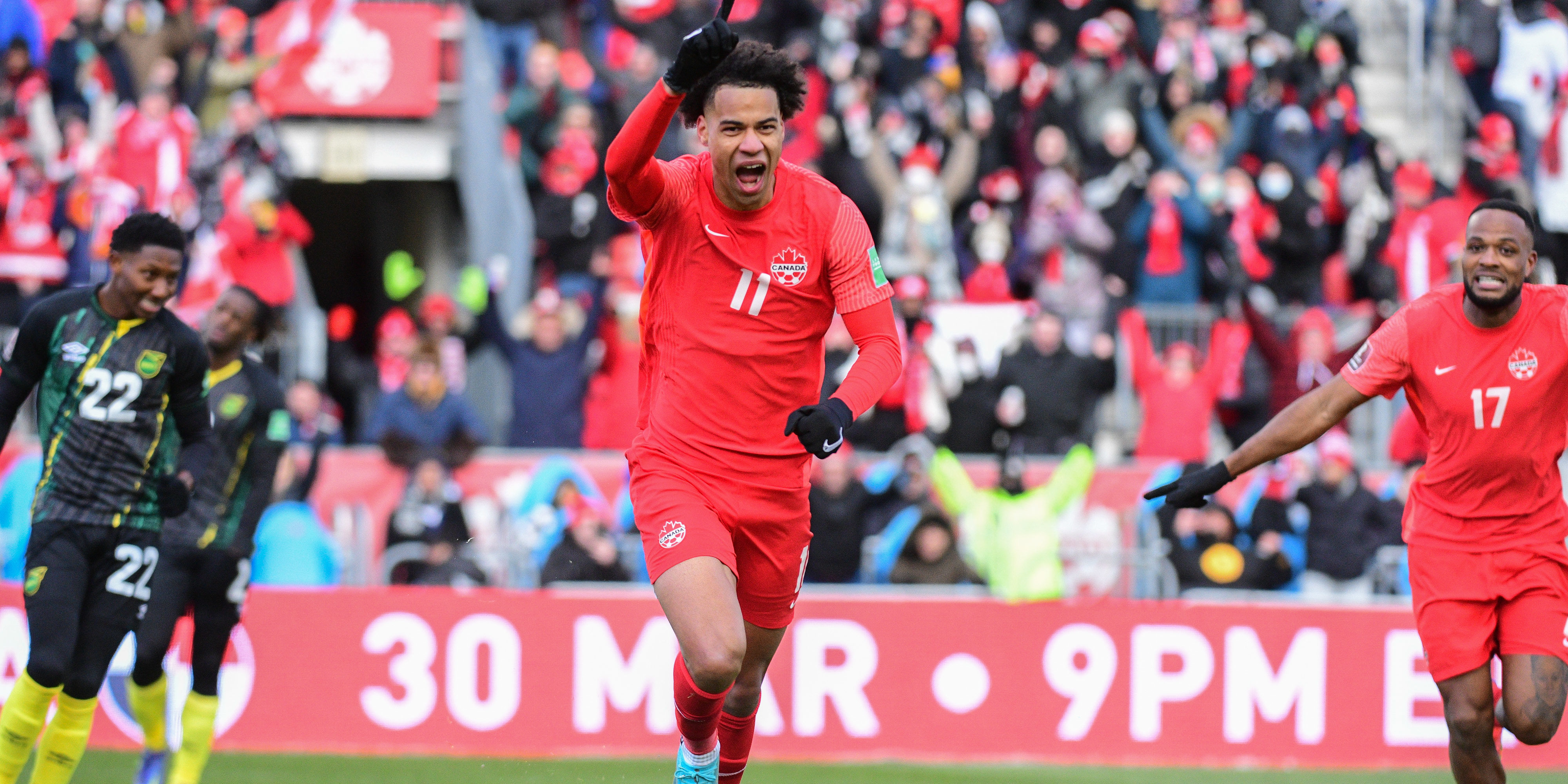 The wait is over.

For the first time in 36 years, the Canadian men’s national team qualified for the FIFA World Cup on Sunday, defeating Jamaica 4-0 at a sold out BMO Field in Toronto to officially punch their ticket to Qatar 2022.

The win, Canada’s eighth of the Octagonal round and their fourteenth of the entire World Cup Qualifying campaign, ensured they would head to the biggest stage in football for the first time sine 1986 — and also guaranteed they would do so as the first place team from the Concacaf region.

Hoping to put Jamaica under pressure in attack, Canada deployed quite an aggressive lineup, with Cyle Larin and Jonathan David up front together and Tajon Buchanan and Junior Hoilett patrolling the wings. Perhaps the most surprising omission was Alistair Johnston, as Sam Adekugbe’s return from suspension allowed Richie Laryea to line up at right fullback.

After a thunderous anthem rendition at BMO Field, it became clear from kickoff that Canada were up to the task. They seized the upper hand in the opening minutes and created a few decent opportunities, patiently building momentum.

It only took 13 minutes to break things open. With a move that began all the way at the back, Canada surged along the left touchline with some quick passing between Sam Adekugbe and Jonathan David, until Junior Hoilett picked it up and found Stephen Eustáquio at the top of the box with a pass across. The Porto midfielder threaded a perfect ball in to Cyle Larin, who finished expertly to make it 1-0 with his 13th goal of the World Cup Qualifying campaign.

The deluge of attacking chances continued from there; Jonathan David put one just past the left post minutes later, and Tajon Buchanan put a shot inches over the bar when it fell to him in the box.

After a few wasted opportunities in the latter part of the half, a second goal finally came for Canada just before halftime. After another piece of strong buildup play, a cross from David found Buchanan at the back post for a smashed finish.

The momentum did not cease at halftime, either. Coming out of the break, Canada looked determined to add to their total, especially with the wind at their backs playing toward the raucous south end of the stadium. One chance just shortly after the second half kickoff very nearly found Jonathan David with an open net, but it rolled across the goalmouth harmlessly.

Jamaica, already mathematically eliminated from qualification prior to the game, made a few substitutions early to try and stem the bleeding — bringing on HFX Wanderers FC’s own Alex Marshall — and they seemed to take a little more possession from the 60th minute or so, but nonetheless Canada remained dominant.

Soon, though, it was Canada’s turn to make some substitutions. John Herdman brought in Alistair Johnston, Lucas Cavallini, and Atiba Hutchinson — the latter receiving a standing ovation from the crowd when his number was raised.

Canada at last found their third goal in the 83rd minute, when, after a handful of corners and quite a while spent in the attacking half, it was Junior Hoilett who found the ball on the edge of the six yard box and lifted it smoothly over the goalkeeper to send the crowd into a renewed frenzy.

The hosts did put one last goal on the board — a heartbreaking own goal by Adrian Mariappa, who put the ball in his own goal just before the final whistle.

When the whistle finally went at full time, BMO Field exploded one last time as it became official: The Canadian men’s national team are going to the 2022 FIFA World Cup.