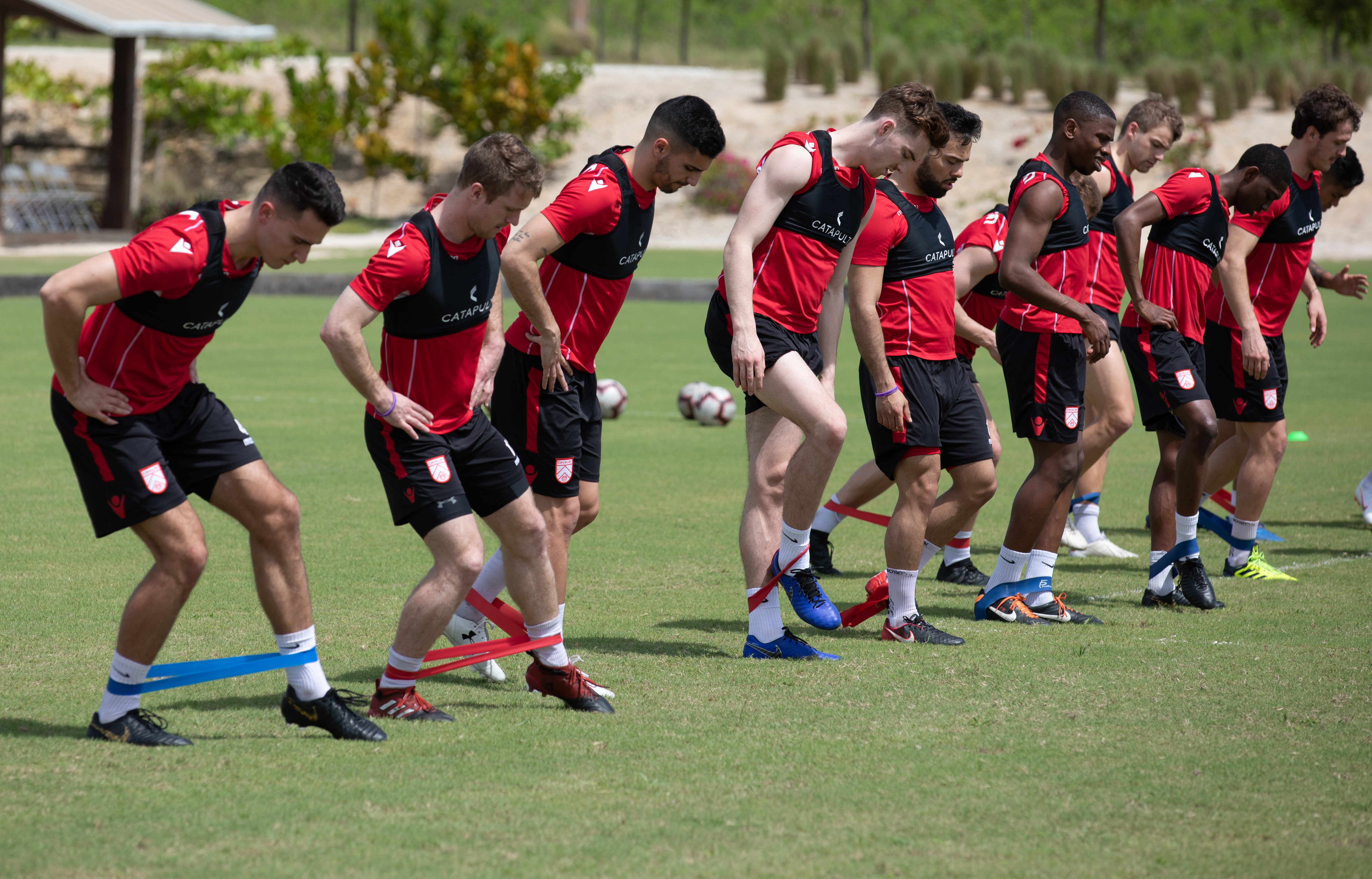 Normally, a trip to the Dominican Republic means laying on the beach, soaking up some rays, and plenty of relaxation.

But for head coach Tommy Wheeldon Jr. and Cavalry FC, this is a business trip.

“It’s about getting games under our belts,” he told CanPL.ca as Cavs FC moved camp to the Dominican this weekend. “It allows us to get serious minutes.”

Wheeldon’s group will play a Caribbean all-star side on Sunday before scrimmaging York9 FC later in the week.

And, that meeting could be a preview of things to come as Cavalry and York9 will open the regular season at Spruce Meadows on May 4.

“It will be a good poker match,” Wheeldon said of the preseason date. “Jimmy will have a few things kept up his sleeve.”

After those two matches are in the books, the Cavs will also look to get in a couple more inter-squad games before they return home.

One player not travelling to the Dominican is Chris Serban, who has suffered what could be a serious injury.

“We’re waiting on the MRI in terms of damage to his knee,” he said of the 23-year-old defender. “We’ve got to keep him back. He’s a great guy. We’re doing all we can to support him on his recovery.”

On a more positive note, the Cavs moved into the second half of pre-season with back-to-back exhibition wins, first against Vancouver Whitecaps U23 and, more recently, versus Calgary’s provincial foes in FC Edmonton.

“It’s always a nice result to beat our noisy neighbours,” Wheeldon Jr. said with a chuckle of his side’s 2-0 victory. “It was a good game. It was feisty, good quality — overall showed us things we’re doing well and things we need to keep working on.”

Through those two matches, the Cavs scored four goals and didn’t concede, all while spreading out the playing time with the first minutes for the likes of striker Dominique Malonga and midfielder Julian Büscher.

“Some players are ready for the full 90 minutes, and some aren’t. We had a very strong starting 11, and we started bringing off some key players like Nik Ledgerwood, Mason Trafford, Jonathan Wheeldon, all around the hour mark,” the coach summarized. “The goalies, Marco Carducci and Niko Giantsopoulos, split halves. We finished the last half-hour with a couple of teenagers.”

The exhibition tilt was not only a win for the Cavs, but it was also a teaser of the first regular-season CPL Battle of Alberta slated for Saturday, May 18 at Spruce Meadows. The gaffer admitted his players are still learning the true meaning of the Al Classico.

“I think they are starting to [understand],” he offered. “That will be an education process. The more they get involved in the sporting culture this will happen. Some of the senior players like Nik Ledgerwood, who is from southern Alberta, will have to be a good teacher of that.”