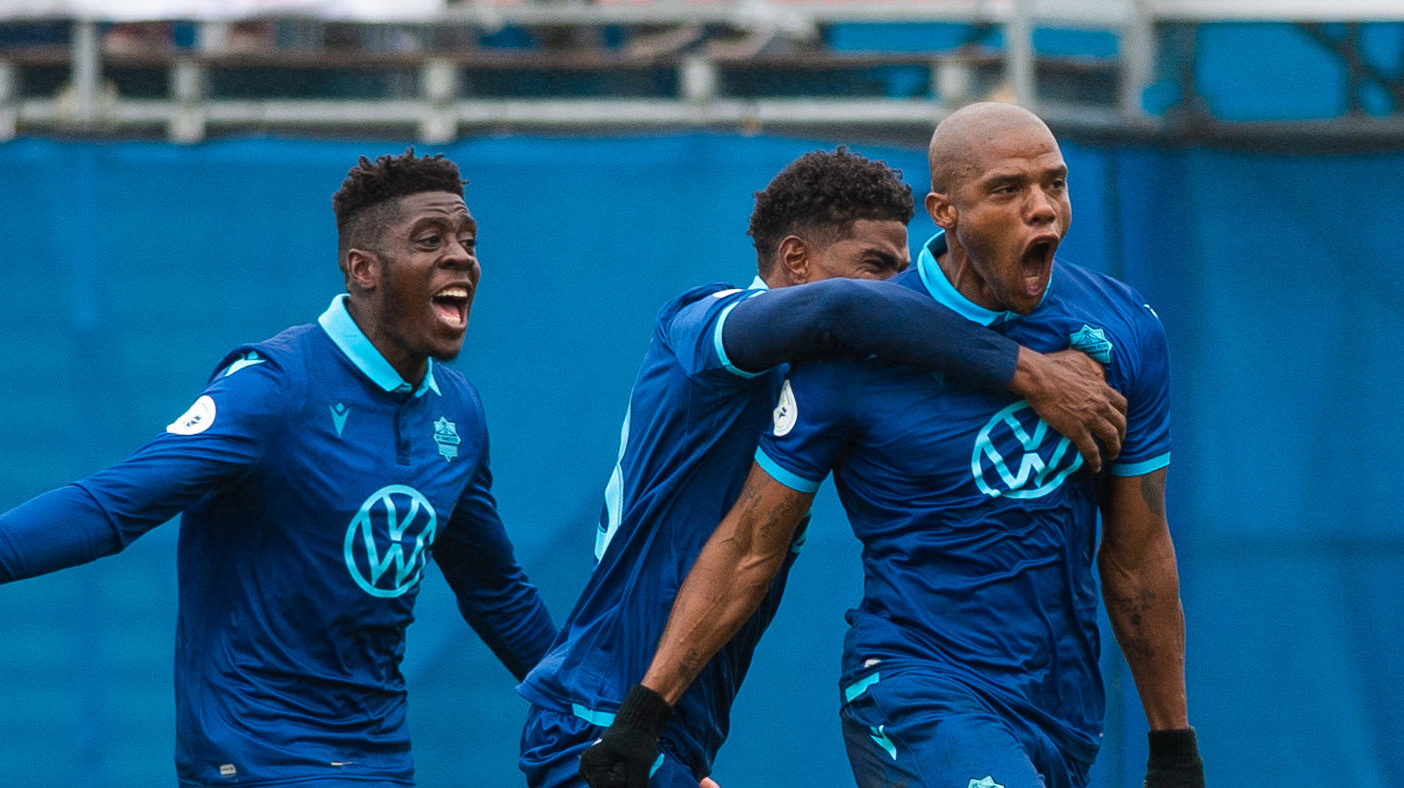 As the HFX Wanderers head into a stretch of home cooking, playing in front of the kitchen at the historic Wanderers Grounds, there’s no denying the team is struggling.

The team sits sixth in the standings and have gone two straight Canadian Premier League games without a goal and more importantly, zero points.

“Look, we just have to play our way out of this rut,” head coach Stephen Hart told media after Tuesday’s practice.

“If we plug away at the things we’ve been doing in practice and believe in each other, sooner or later things will start to go our way.”

Injuries have been a factor in who lines up in Hart’s starting XI each week. While the injury bug has taken its toll across the pitch, it’s been most pronounced up front with the absence of striker Luis Alberto Perea. He’s one of two Wanderers players with a CPL goal and the team hasn’t scored in the three league games he’s sat out.

He practiced this week in Halifax and Hart said “we’ll see” when asked if the Colombian talisman would be in the lineup Wednesday against York9 FC.

There’s been a lot of creativity in the midfield as Hart rotates players to deal with the injury bug. For example, in the 2-0 loss to Cavalry FC, the starting XI included seven listed defenders.

“We’ve had players that are not 100 per cent and you can’t start them because then you’d use a sub. So what we’ve been trying to do is use the healthy players and then bring on the players for 15, 20 minutes and hopefully they can pull through the game,” said while giving credit to the banged up players who’ve pushed through injuries.

Goalkeeper Christian Oxner has started the last three games — including both legs versus Vaughan Azzurri in the Canadian Championship — but a healthy Jan-Michael Williams gives Hart options this week against York9 and then Saturday at home against Pacific FC.

“I think Christian has done well, he’s been thrown to the wolves because of Jan not being 100 per cent but Jan is back to his best now.”

Looking ahead to Wednesday, Hart said the four games both HFX and York9 have played — fewer than everyone except FC Edmonton’s three games — is something to take into consideration.

“(York9) in my opinion, have been unlucky in some of the games they’ve played. They’ve either come up against some good goalkeeping or just been overall unlucky. They’re a good team, they’re well balanced and they’re a very attacking-minded team,” Hart said while assessing his team’s opponent.

While the results on the pitch haven’t been promising, Hart and his team continue to be confident that what happens in training will eventually help.

It's easy to give up when everything is not perfect … never for me, no weakness ???? ! I keep working hard, efforts are always rewarded !!!

“All the confidence for us is right now coming from the training sessions which are on a high level,” said defender Peter Schaale who has kept busy all season clearing balls from the centre back position.

“If you watch us train, it’s different from what we’ve put on the field the last two games.”

The team now plays three games in a row at home: Wednesday’s showdown with York9, Saturday’s rematch with Pacific FC and then next week’s Canadian Championship game against Valour FC.

“It’s three home games, we want to get six points, another win for the Cup, that’s the goal and I think we can do it if we carry out the game plan, if we do what we do in practice we should be able to do it,” said Schaale with confidence.

As for confidence from playing at home, Hart said it can’t hurt.

“I mean, you’re at home, there are familiar surroundings, everything’s familiar, you’re not in a hotel bed, you’re sleeping in your own bed and then you come onto your pitch where you are supported, I think that’s going to go a long way.”