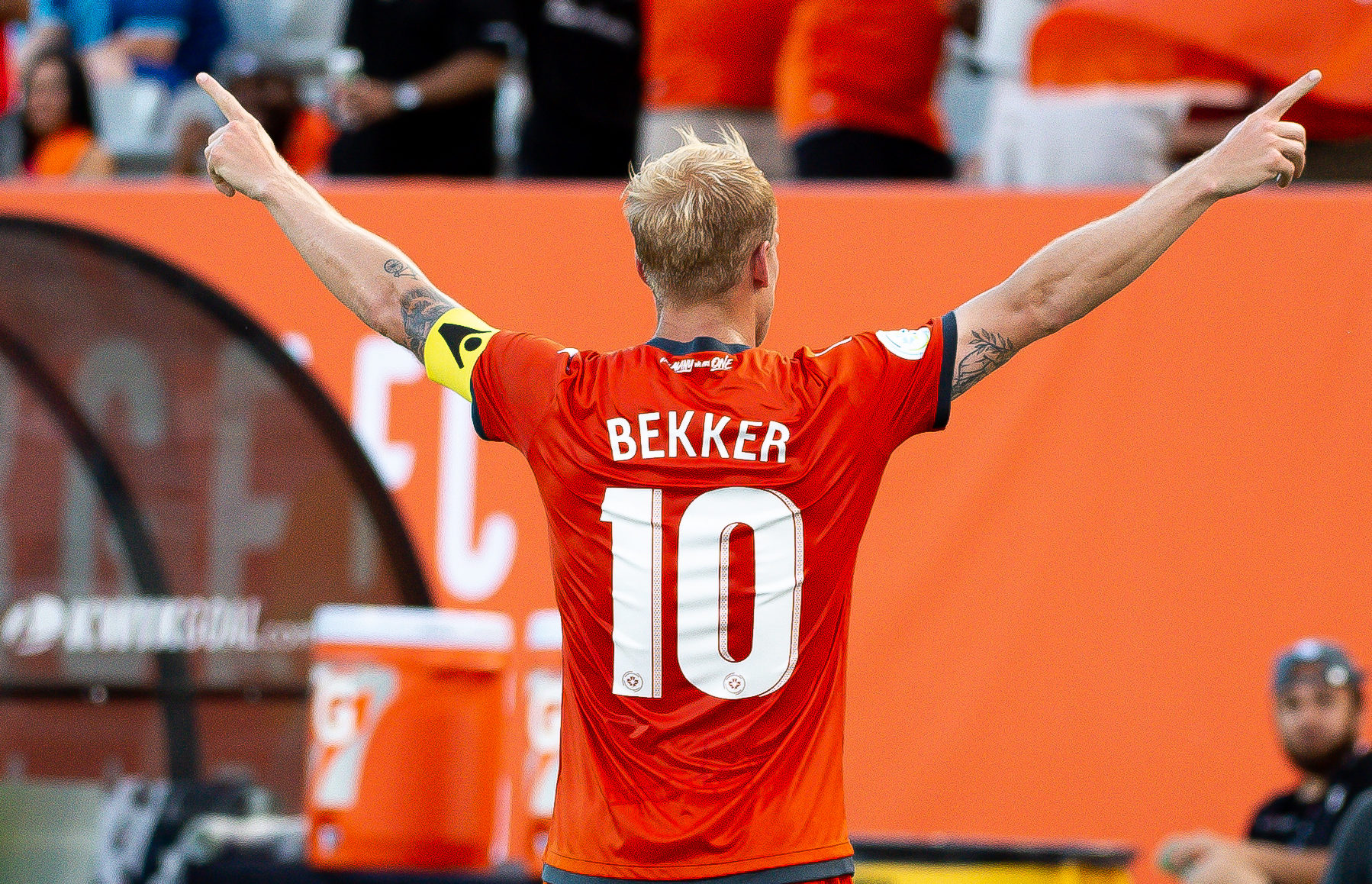 Not that Stephen Hart’s club performance was that poor. It’s just Forge FC was that good tonight. Looking at a few of the numbers, post-game:

Why first half possession, alone? Because from the jump, Forge FC head coach Bobby Smyrniotis knew his club was on their game.

“Just 90 seconds in, we get a chance from Marcel Zajac right in front of the goal and I know that is usually indicative that something is going well,” Smyrniotis told reporters after the match. “I think the guys were in good spirits before the game. We had a good game in Pacific, especially on the attack, so we asked the guys to continue off that.”

Smyrniotis’ team responded accordingly. If not for the play of HFX goalkeepers Jan-Michael Williams and Christian Oxner, this game could have easily been much uglier than what the scoreboard showed. A 2-0 scoreline does, however, indicate how dominant both Tristan Borges and Kyle Bekker were on the day.

Their output on the night? Seven shots on target, two goals – Bekker, the first, Borges, the second.

“Listen, Bekker has been important to everything we do from an attacking aspect,” Smyrniotis said. “If he’s not on the assists he is the pass before the assist and I think we miss that and how he gets things moving forward for us and just opening up channels of the opponent … it’s very hard to read.

“As for (Tristan) Borges? He has been excellent for us,” Smyrniotis said.

Kyle Bekker, also attending the post-match conference, interjected: “He is an unbelievable player.”

Who could blame them for saying so little about Forge’s No. 19? Most of the onlookers at Tim Hortons Field were speechless too, after Borges scored an Olimpico goal in the 40th minute off a corner kick.

“The game plan was to crowd out where the goalie is,” Borges said, of his astounding effort, flashing a grin. “Bekker and I were deciding whether to put it short or put it on the net. We thought it would be a trickier play for the ‘keeper to put it far side and on goal and, hey, I guess it worked.”

So, is this the best duo in the league? Smyrniotis certainly thinks so.

“They’re the best duo I see week in and week out,” Smyrniotis affirmed. “That’s why were excited they’re a part of this team. They allow us to play up-tempo if we want, or slow the tempo down when it’s hot and muggy, like tonight.

“We had Halifax moving side to side which created a lot of chances, corner kicks, and free kicks. We have to be dangerous when given those opportunities and we have the guys that can hit the ball well – obviously, we saw two guys rewarded for their hard work tonight.”