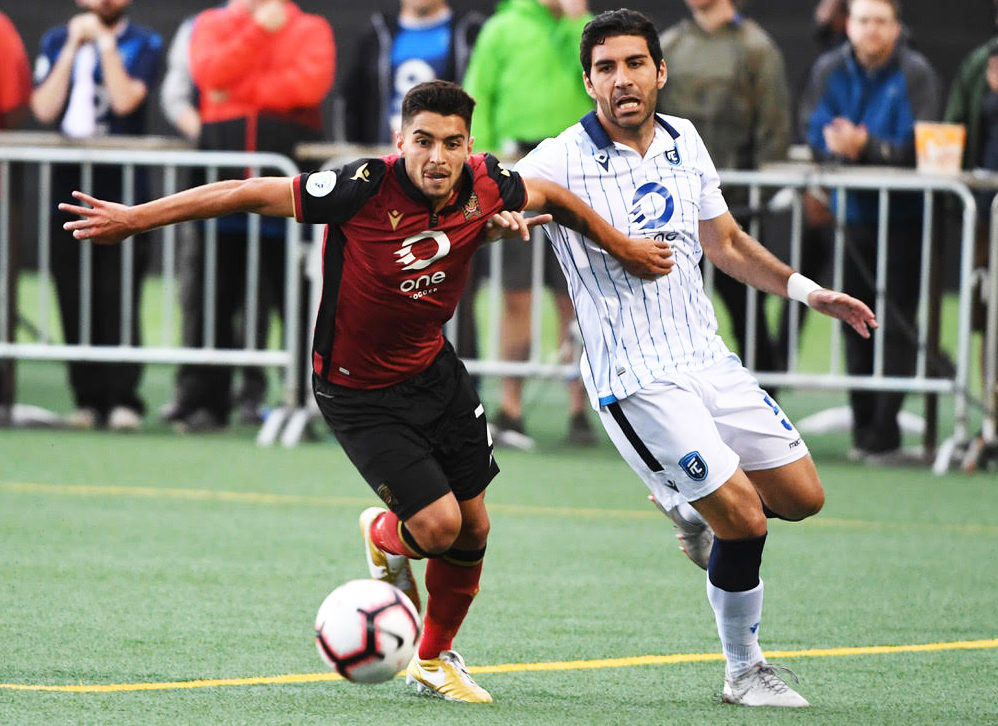 EDMONTON – Whenever Valour FC visits Clarke Stadium, coach Rob Gale and his team must feel like they’re in the Twilight Zone.

In the spring season, their game was postponed by a day because of forest-fire smoke. On Wednesday, after a 50-minute delay due to a thunderstorm, the game was halted in the eighth minute after another storm cell roared through. The teams waited for nearly two hours before restarting — but not before a stirring fireworks display from an event happening next door.

That’s right. Someone set off fireworks with lightning still visible in the distance.

But, at the end of the marathon, Valour broke a six-game losing run that dated back to the spring season with a 0-0 draw. The game was scheduled to kick off at 7 p.m. local time. It finished at 11:26.

“We’ve had smoke, we’ve had rain, should we have wind? What do we need next?” laughed Valour coach Rob Gale. “Earth, Wind and Fire. They can play the halftime show, maybe.”

The game came down to the play of the two goalkeepers, Edmonton’s Connor James, who celebrated his birthday in the rain, and Valour’s Tyson Farago — who spent four seasons with the Eddies in NASL. Both had to deal with a slick playing surface and a ball that skidded on the wet turf rather than bouncing.

James made an excellent stop on Valour’s Marco Bustos in the second half, after Bustos’s chip hit the crossbar in the first..

“Connor, on his birthday, the bugger, he’s kept a clean sheet,” said Gale. “Let’s hope he never plays us on his birthday again… It’s difficult on this surface, those long shots, we zip them in low, and we were hoping he’d be wearing teflon gloves, a bit non-stick, but I think he had glue on them tonight.”

James said it was difficult to focus during the delay. He and his teammates spent some of time off signing autographs.

“It’s really difficult to keep your mentality straight when you know you could be potentially playing a game in half an hour, and you’re signing autographs for fans, trying to have conversations with them. It was definitely a mental challenge today, but I’m happy that the guys could stick with it.”

Farago was able to make a couple of stops on former teammate Kareem Moses, who moved up to play right wing.

And Farago relished being chastised by the fans who hung in there through the delays. He didn’t get the chance to play the first time Valour visited Edmonton, so it was his first time on the Clarke turf as an opponent.

“It was definitely strange. I played on that field for four years and to be on this team is a bit different. The crowd gave a me a bit of stick, which was awesome. I didn’t expect anything less.”

FCE coach Jeff Paulus had praise for both sets of players.

“It’s tough on players. The players, they plan their entire day based on a kickoff time. Their eating schedule — what they eat, when they eat it, when they’re going to have a nap. Their whole day is built around that start. But, credit to both sides tonight. I thought both sides came out and wanted to play, they put it past them and got on with it.”