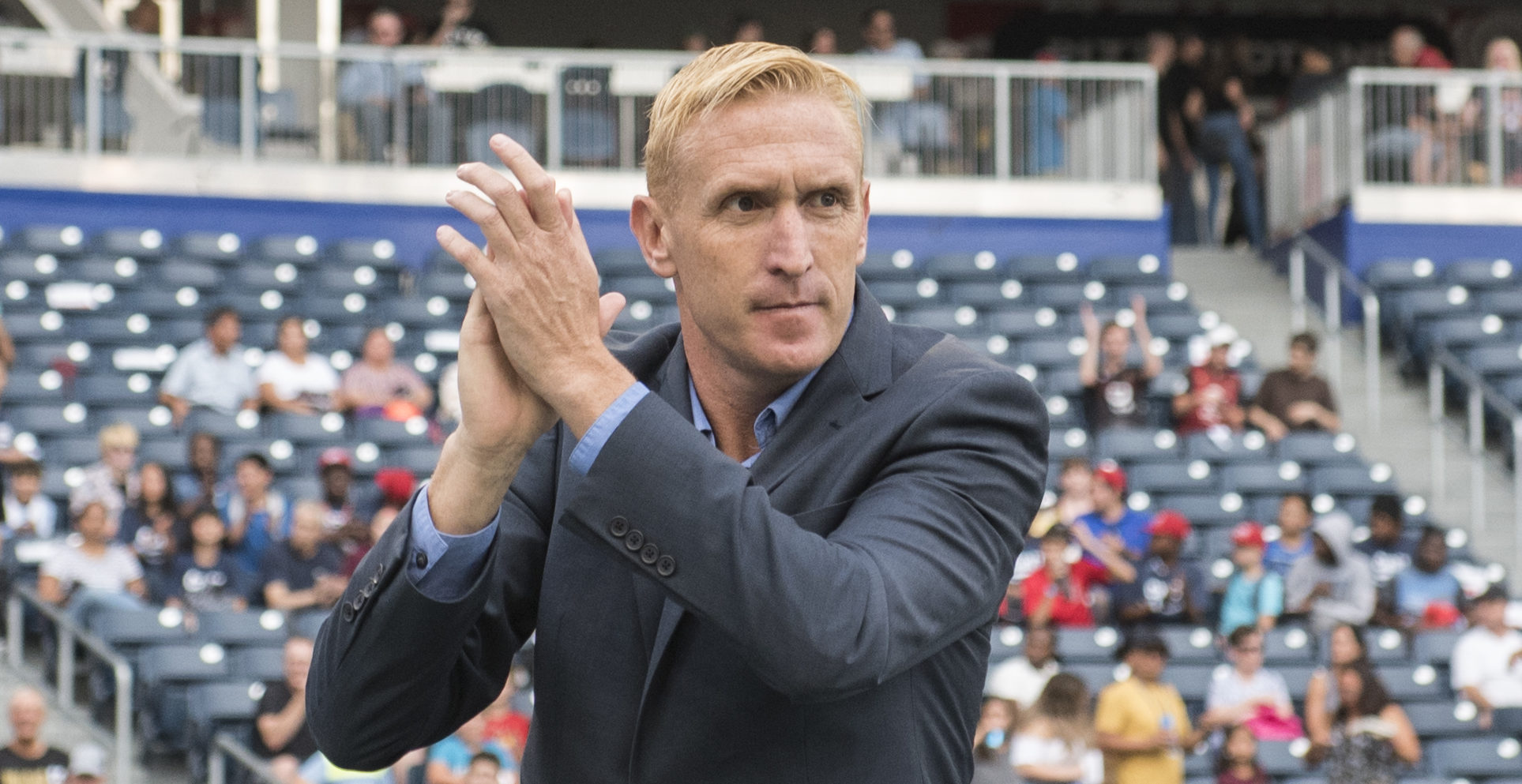 WINNIPEG – This is not a copy and paste from Saturday. Valour FC scored a late minute penalty to salvage a draw, this time in the form of a 2-2 result against Pacific FC on a Wednesday night.

Yup, it happened again. Down, but not out, the Winnipeg side earned a second consecutive 90+ minute spot kick. Skylar Thomas was hauled down in the box and Michael Petrasso smashed the tying goal into the top corner.

“Their resilience, the character has been excellent,” head coach Rob Gale said on how his side managed to find a late result in consecutive matches. “Don’t see anyone cracking or stopping, (they’re) running, forcing the issue. We got minimum rewards for the last two games but at least we got those rewards.”

Resiliency is a good word to describe it. There was visible anger at the half with how a goal by Michele Paolucci in the opening minutes was quickly erased by a pair of defensive errors. Blake Smith was able to get two shots away inside the box, setting up Ben Fisk to even up the score 1-1. Luke MacNaughton scored on a wide open header to give Pacific a 2-1 lead into the break.

“Silly errors,” Gale said. “We give ourselves a mountain to climb, we’re in complete control at the start and we give up silly goal, it’s not good enough because then we have to chase.

But the confidence was not shaken, a team that had days earlier bounced back, did it again. Gale said he loved the character and the way his team pressed the issue in the second half and fought for the tying goal.

“It is clear that our mentality is changing,” said striker Michele Paolucci. “We don’t want to lose and we fight for this. I’m very proud of my teammates.”

But back to the crucial goal that saved a point for the hosts. A fitting ending to the evening for Michael Petrasso, who returned from injury to provide the spark and eventually the flame for a side that needed a goal.

“At half time I saw the team down I wanted to get on and make an impact,” Petrasso said on the OneSoccer post-match show. “I only trained one session and came out and played so I’m just getting my feet back together.”

The addition of Petrasso has been long awaited for Rob Gale’s side. His attacking instincts and ability to make plays at full speed created openings for teammates and was a major part in keeping the visitors on their heels late in the match.

“We can undoubtedly use the quality that he brings, I mean, we would have liked to get him in six weeks ago,” Rob Gale said.

Ali Musse is nearing a return as well, meaning Valour may finally have all their attacking options available. Paired with the addition of Paolucci, the ‘resilient’ Valour squad is hoping this is a turning of the page with a lot of season left.

“The fact that we keep at it and go at it, everybody can feel the strength in the group now and the attitude,” Gale said. “So I think we just need to get a couple of wins and get over that hurdle.”

And as Valour searches the end a run of matches without a victory, the plan is to minimize the high drama needed in the back to back draws.

It’s been quite the welcome to Winnipeg for Valour’s newcomer Michele Paolucci. The Italian striker arrived to town less than two weeks ago and was tasked with providing a scoring punch to a side that has struggled to finish chances.

He delivered pretty quickly, scoring three and a half minutes into his first career start to open the score on Wednesday. A pure poacher’s effort to half volley home a Valour free kick that hit the post. A play that was nearly a gorgeous backhill tip-job by Dylan Sacramento.

“I’m very happy because it was a great was to start for me with the team,” Paolucci said. “I maybe was a bit lucky but it’s also instinct. The penalty area is my house.”

That instinct is exactly why Gale brought the former Serie A striker to the team. Having Paolucci set up near his ‘house’ and wait for his moments opened things up in other areas. And while quiet at times because of that, Paolucci got the crowd on its feet whenever the ball was sent his way.

“Look at his goal and his chance he’s right in there and we knew we needed that,” Gale said. “He recognized watching our video that’s his role to be a poacher, to be a goal scorer and come alive when we need him.”