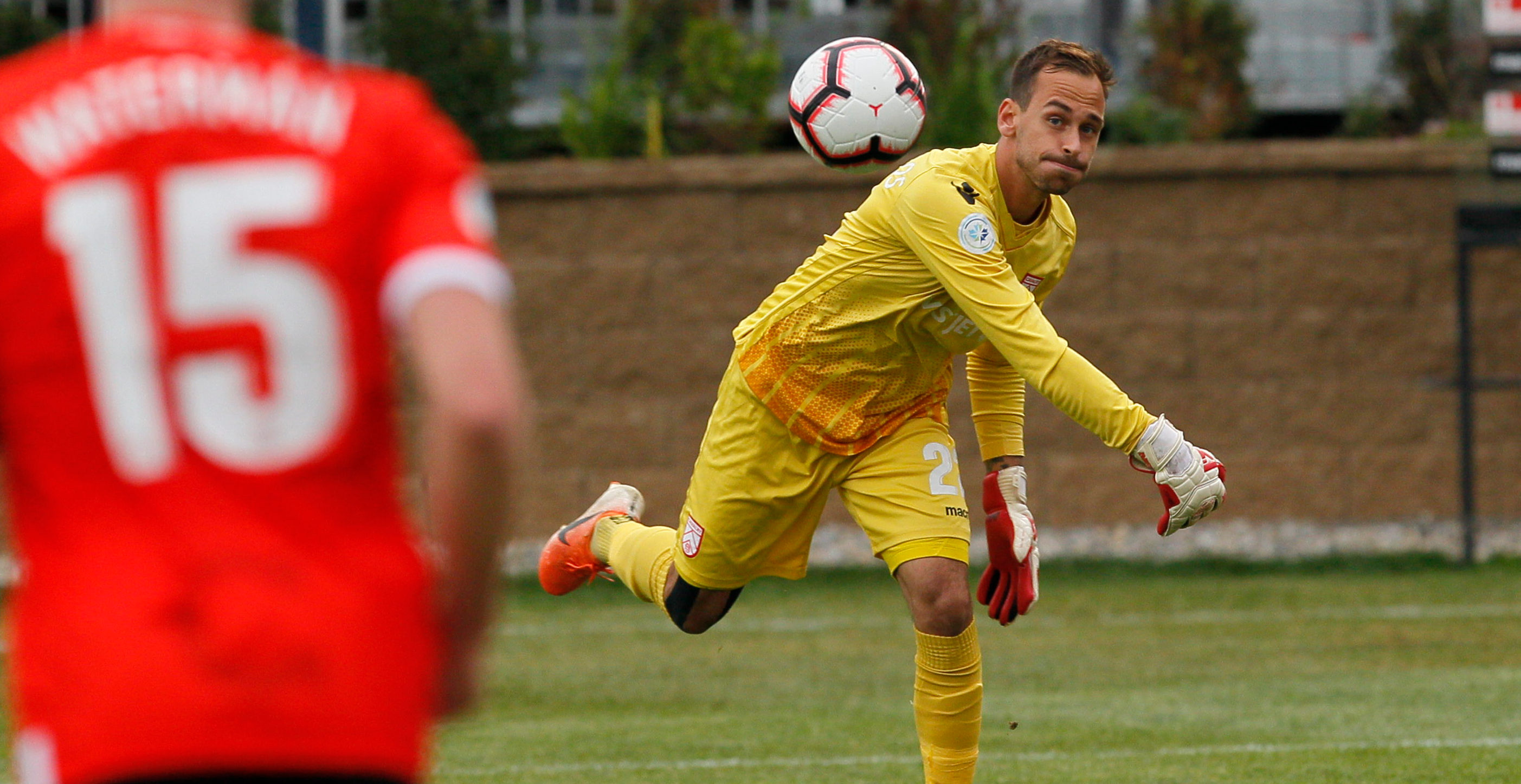 CALGARY — Friday night at Spruce Meadows marked the third edition of Al Classico and a fight for first in the Canadian Premier League’s Fall standings.

It was a spirited back and forth 0-0 finish between Cavalry FC and FC Edmonton, one that lived up to the derby billing … and that coveted top spot remains deadlocked between these two, with Calgary holding a game in hand.

“We didn’t get beat, and we kept a clean sheet,” head coach Tommy Wheeldon Jr. said post-match. “I think it was a tired performance, but, I say it all the time, it was one of character.”

Coming off a Canadian Championship bout against the Montreal Impact on Wednesday, you can hardly fault Wheeldon Jr. for pointing to his team’s current physical state. The visitors leave Calgary with a similar sentiment, though.

“Passing grades on the day,” Edmonton’s Jeff Paulus told OneSoccer after the match. “Obviously you want to come here and get a result … but fair play to Cavalry, first of all; I mean, those lads? (Nico) Pasquotti, their engine, is unbelievable – how does this guy do it, game-in and game-out? It’s amazing.

“It was a game that probably deserved a draw, maybe with some goals on either side of it, but I’m happy for the boys.”

As a result of his team’s short rest, Wheeldon Jr. elected to make seven changes from his starting 11 from Wednesday, including in goal, with Niko Giantsopoulos getting the call between the sticks against the Eddies. The 25-year-old’s last start came on July 27 against Valour FC, and with eight saves, Giantsopoulos played the hero in Cavalry’s efforts on the day.

“I just take it one shot at a time, one minute at a time,” Giantsopoulos told OneSoccer after the match. “That’s why I’m here, to make the saves. If there’s no goalie, you might as well put a pylon, so … yeah, that’s my job and I’m happy to do it today.”

He also credits the cohesiveness of the defenders in front of him, who provide the support he needs to get the job done.

“In the locker room, we talk a lot, and we get along well off the pitch,” Giantsopoulos stated after the match. “I think that carries onto the field, that chemistry, put whoever you want in front of me, and we’ll work well as a unit.”

This concludes a tremendously hectic stretch for Wheeldon Jr.’s crew: Four games in 10 days with stops in Halifax for league play, Montreal for the Canadian Championship and two closing matches at the Spruce Meadows.

“Our prep training session on Thursday was the guys who started Wednesday were doing a recovery session and weren’t part of the action,” he explained of his club’s busy week. “The guys that needed to play did a technical session. We relied on video and tactics.

“What we need is quality, but to get quality, we need time (to train) on the green grass.”

Cavalry is back in action Wednesday, welcoming York9 FC, before heading on the road for a date against Forge FC on Aug. 25.