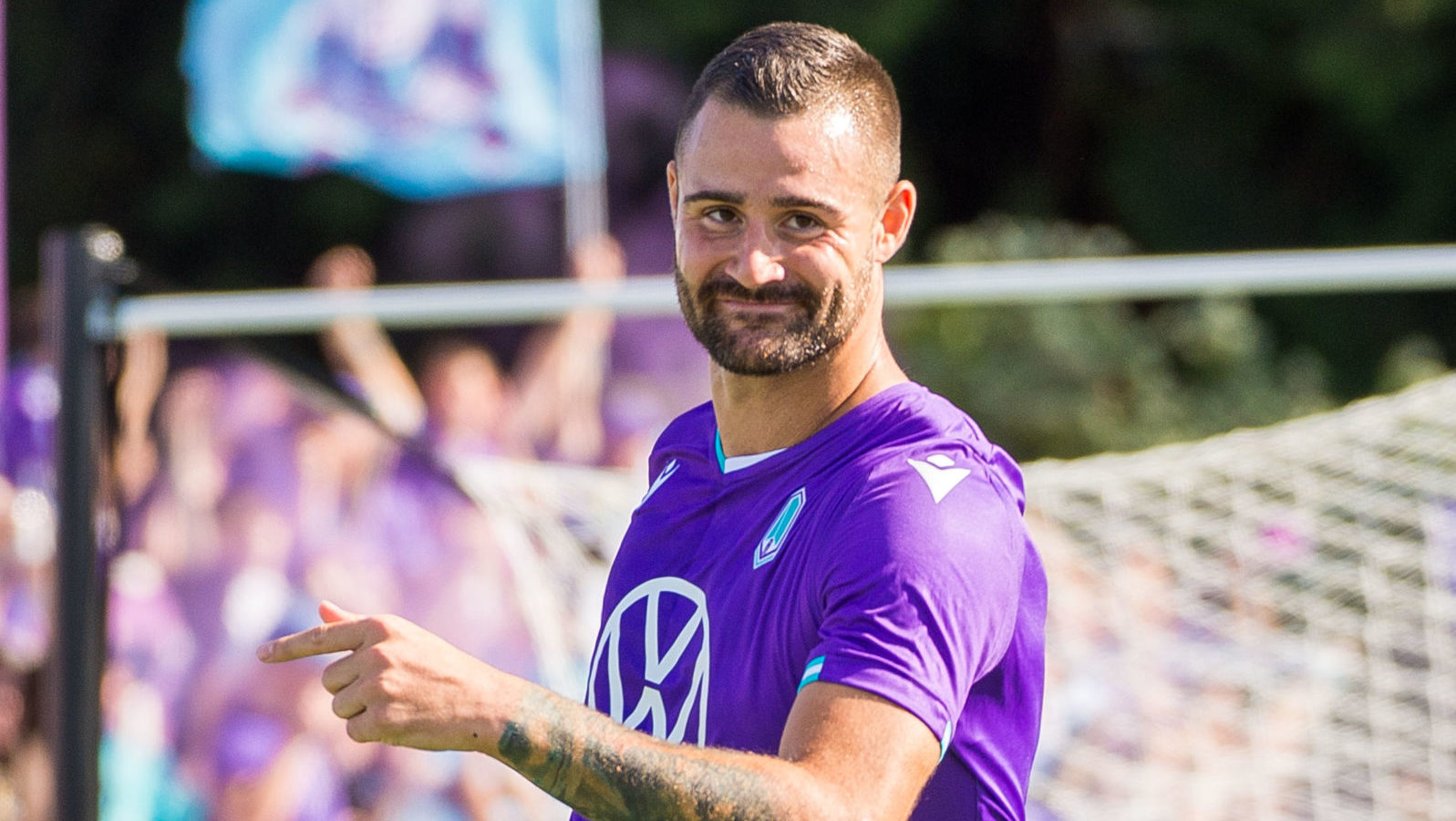 VANCOUVER ISLAND – How’s this for a Marcus Haber comeback?

In just his third match back from a knee injury that kept him sidelined from late June until mid-August, the 6’4″ Pacific FC striker can feel confident he’s silenced any doubts about whether he can still contribute.

Two goals — a game-tying goal and the winner, no less — will do that for a player.

Haber’s performance against Valour FC on Saturday could not have been scripted more perfectly: a 60th-minute substitution — a response to Valour’s Michael Petrasso earning a 1-0 lead — followed immediately by Haber’s first goal, a header off a Victor Blasco free kick.

That alone might have been enough to silence the doubters.

Twenty minutes later, the Vancouver-born Haber notched his second on a gut-check penalty after he was brought down in Valour’s box. Final score: Valour 1, Haber 2.

“I’m just trying to come in and make a difference. First couple weeks, I wasn’t back to full fitness,” Haber told reporters post-match. “Now, I felt good, I felt sharp when I came in.”

Added forward Terran Campbell: “We didn’t give up; we kept fighting. Marcus came on, and he helped us out a lot.”

The atmosphere was there from the start of the match: 4,381 fans in a newly-renovated Westhills Stadium. Pacific FC co-owner Josh Simpson has spoken about his goal of creating a European footballing atmosphere in Langford, and Saturday’s performance offered a glimpse of what that might look like.

“You can feel the electricity throughout the stadium,” said Haber. “When we got a goal back, you could feel the mood change, and we got the crowd behind us, and it’s like having an extra player on the pitch.”

Saturday’s victory over Valour FC marks a new development in the continuing saga between the two Western clubs. Until their latest clash, neither side had managed a home victory — each result decided by a goal or less. The last time they met — July 31 at Winnipeg’s IG Field — Pacific seemed to have a near-certain win within its grasp until a last-minute PFC penalty gave Valour’s Michael Petrasso a chance to salvage a draw.

This time, Pacific aimed to make up for old mistakes.

“Last game, they scored last minute, so we didn’t want that to happen as well today,” Campbell told CanPL.ca. “They’re a good side; they’re really direct. I think whenever we play them, the intensity is really high.”

Pacific’s win is also the first time all season — both Spring and Fall — that the Vancouver Island club has managed two wins in a row. Suddenly, surpassing FC Edmonton (third place, with 12 points compared to Pacific’s 10) seems well within reach. Even second-place Forge FC, with 13 points, is in striking distance.

The West Coast club will hope that a newly-healthy roster will bode well as they look for their third straight victory next Wednesday in Calgary (9:00 p.m. ET, 7:00 p.m. MT, on OneSoccer). Cause for optimism? Haber says he’s still got room to improve.

“Credit to the physio team, Randy Celebrini’s done a really good job with me and got me back a lot quicker than I thought I would,” said Haber.

Added Pacific FC coach Michael Silberbauer: “He’s worked his butt off. When I needed him, he stood up and was ready.”