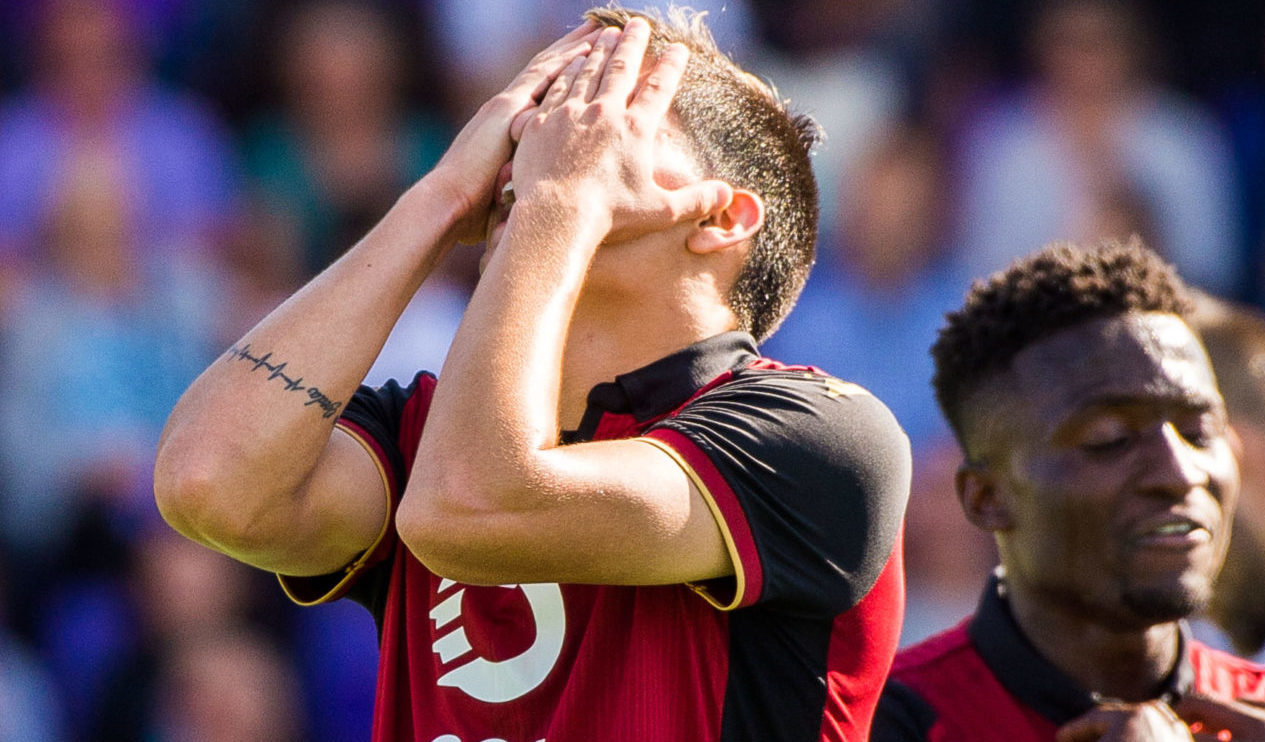 VANCOUVER ISLAND – Rob Gale was in no mood to mince his words on Saturday evening.

The Valour FC coach, after seeing his side lose 2-1 to Pacific FC in the grand opening of Westhills Stadium, was livid in the wake of a squandered 1-0 lead and some controversial decisions from referee Pierre-Luc Lauziere.

“I feel like we’ve had it taken away from us today, I’ve got to say,” Gale told reporters.

His main gripe was with a first-half play that saw Valour’s Michele Paolucci chopped down in the box by a tandem of Hendrik Starostzik and Mark Village, with no penalty called.

“You’ve seen it, right? Everybody who’s spoken to me — the opposition coach has just said the exact same thing to me,” Gale fumed. “He’s apologized because he knows it’s a penalty.”

“I mean, if [Paolucci] walks down the street, that’s assault,” added the Valour boss.

That moment served as a catalyst for what turned into an intensely heated clash, as the second half saw five total yellow cards handed out and PFC’s Matthew Baldisimo sent off (plus an assistant coach from each bench ejected).

Adding insult to injury for Gale was the 81st-minute penalty awarded to Pacific for a foul that might not have occurred inside the box.

Gale was quick to praise his team’s performance on the day, however, in a match where they did have the upper hand, at least on paper. Valour out-shot Pacific 21-14, commanding 56.2% possession and creating a handful of very dangerous chances.

“I thought we were the better football team today,” Gale said.

“We really controlled the game and the possession. I thought they went a bit negative and tried to break up play and persistent fouling today. Then when we went ahead I thought there was only one result, to be honest with you.”

Valour weren’t in the ascendancy for long after scoring, though, as Marcus Haber — deployed in the immediate aftermath of the goal — equalized for Pacific with his first touch of a ball in months.

“We limited them to shots from distance, then the big man comes on,” Gale said of Haber’s introduction. “Obviously you know it’s going to be difficult, but we didn’t defend that right after the goal.”

Still, though, it all came back to those controversial decisions for Gale, whose side could’ve gone level with FC Edmonton on points with a win on Saturday.

“I’m furious, really,” he restated. “We literally have had that game taken away from us.”

Unfortunately for Valour, though, it’s three dropped points they won’t get back, as Pacific climbs above them in the standings.

With a fire perhaps now lit under Valour, they’ll hope to take their frustrations out on HFX Wanderers FC next Wednesday (8:00 p.m. ET, 7:00 p.m. CT, on OneSoccer).