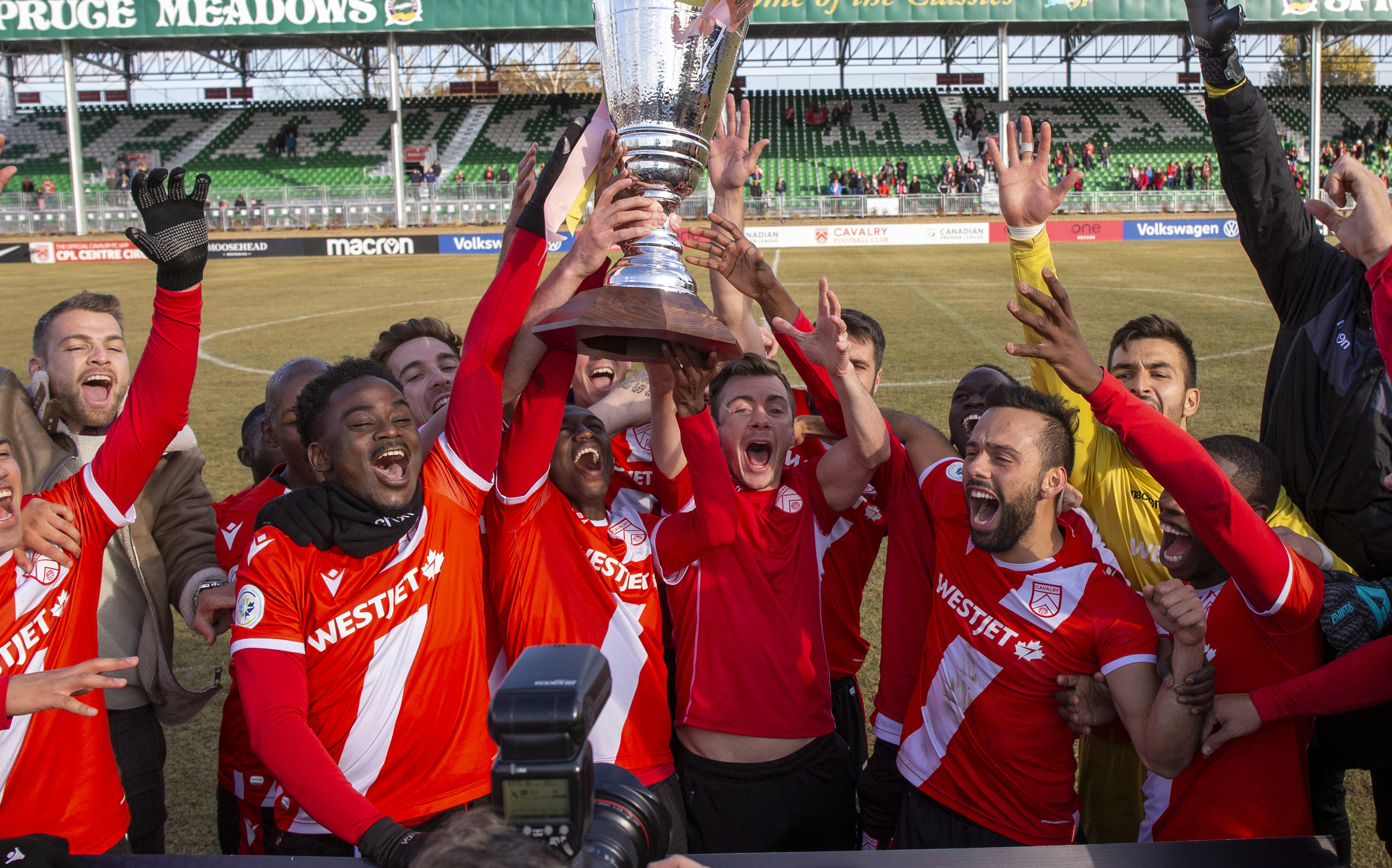 Now Cavalry FC head coach Tommy Wheeldon Jr. can grab his marker once again, pull out his list and place a checkmark next to the Fall season.

“With our team, we just keep going,” Wheeldon Jr. said post-match of his team’s 3-1 result over visiting FC Edmonton to close out the Fall campaign.

“We made the analogy before the game: [Treat it] like a golf game. We won the front nine. We’ve won the overall, and we just needed to win the back nine with power on the last hole. We did exactly that. For us now, it’s heading into a playoff.”

In a game where three points were needed to snag the Fall session, Cavalry’s first substitution wasn’t made until 67th minute — the game deadlocked 0-0.

Carlos Patino came in for Elijah Adekugbe. Not long after, Dominique Malonga was swapped for Jordan Brown. And the Cavs were off to the races.

Sergio Camargo found the back of the net in the 76th minute to give his Cavs side a 1-0 lead on a play that developed from deep in the home team’s third off of the foot of Marco Carducci.

Four minutes later, substitute Jordan Brown made his presence felt and added the insurance marker on an absolute rocket that went bar down and brought everyone at ATCO Field to their feet.

Jose Escalante added the cherry on top with a late penalty kick tally.

“We wanted to win this game to ultimately give us the overall in the season, the fall season,” Camargo shared. “We handled that pressure the right way.

“We’re a good team. We play under pressure every time we play because we’re always looking to win. And that’s what makes us special.

“Today, we celebrate, and those next two weeks, we’re going to bleed. We talked about it as a group yesterday, to really focus in on these next two weeks because we have a chance to do something special.”

So, back to that checklist. The next one is big: earn a result in the opening leg of the Canadian Championship Finals on the road versus Forge FC.

“It’s going to be a tough road because Forge are an exceptional side, and they deserve to be in the final with us,” Wheeldon Jr. stated. “We’re looking forward to it.”

And in two weeks, in front of the Spruce Meadows faithful, Wheeldon Jr. and Cavalry FC will have the opportunity to place a final checkmark on his list and secure his CanPL treble.

“These players, when we signed them, we talked about them being the founding fathers of this football club,” Wheeldon Jr. said. “When they become parents, grandparents, and pass along, their name is written up on the wall. What we want to do is take everybody with us on this journey.

“We’re actually making this a really special league. It’s going to be hard to capture the point total we’ve done. We know it’s not lost on us. We’ve got another final to win.”