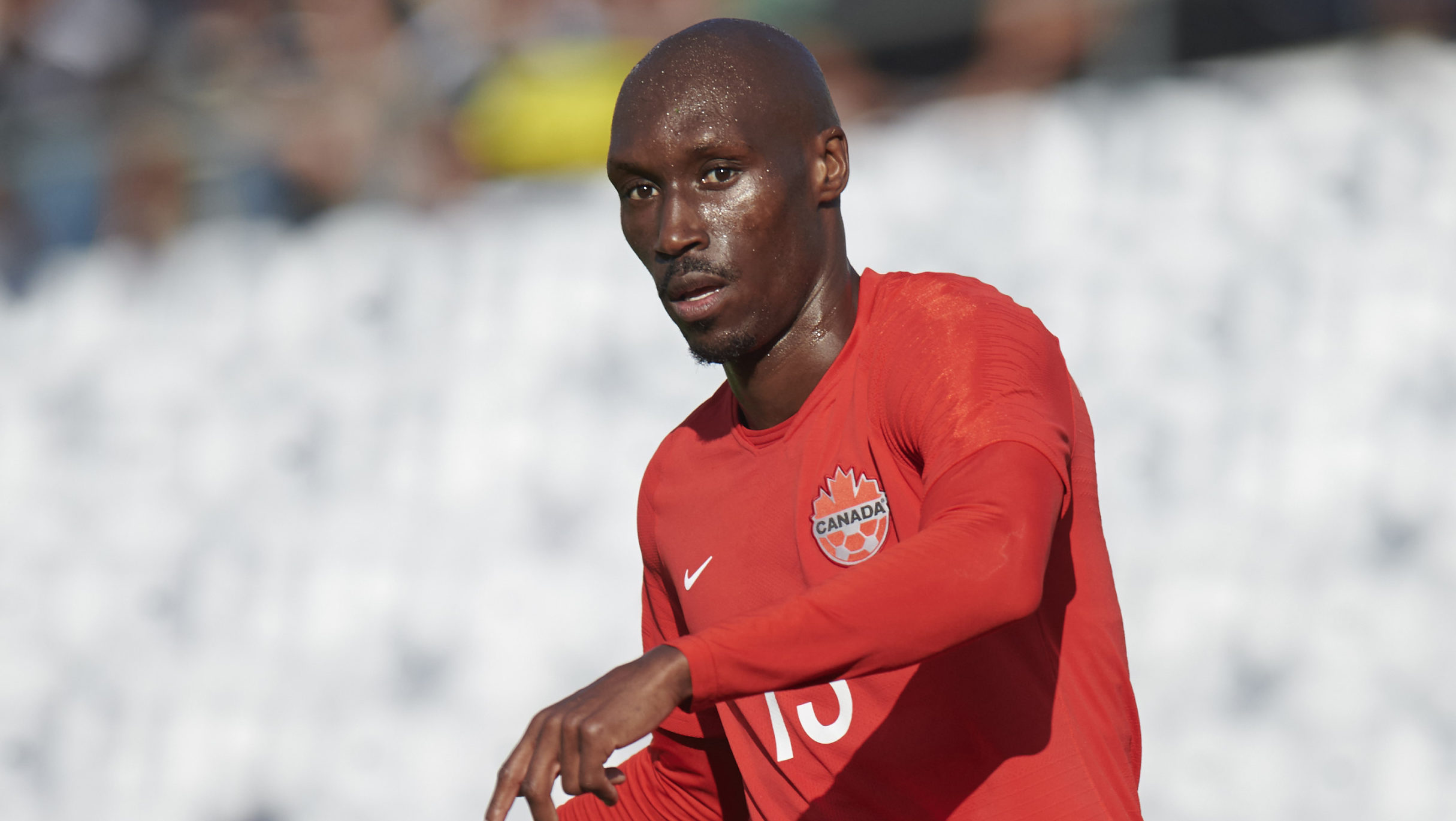 When Canada takes on the United States on Friday in Orlando in Concacaf Nations League play, the Reds will be without one of the best players this country has ever produced.

Last week, coach John Herdman named his 23-man roster for the showdown against the Americans, a list highlighted by Alphonso Davies and Jonathan David, among many others who played key roles in helping Canada earn a 2-0 win over the U.S. last month in Toronto.

Conspicuous by his absence from the squad, though, was Atiba Hutchinson, who plays his club soccer with Turkish outfit Besiktas. A six-time Canadian Player of the Year, Hutchinson has earned 84 caps for Canada (only Julian de Guzman has more, with 89), and has been a loyal servant since making his national team debut in 2003.

Hutchinson, a 36-year-old native of Brampton, Ont., was part of the Canadian team that reached the quarter-finals of this summer’s Concacaf Gold Cup. But the veteran midfielder hasn’t been called up by Herdman for the last two camps, including September’s pair of Nations League matches against Cuba, in addition to last month’s match against the U.S.

So, what’s going on? Herdman explained that Hutchinson still wants to play for Canada, but a series of injuries the last few months have taken a physical toll, and forced the midfielder to focus on his club duties at the expense of playing for the national team.

“It’s a constant conversation with Atiba. I was on the phone every week for the last four weeks just checking in with him. As we know he’s no spring chicken; (He’s in the) twilight years of his career. For him, it’s all about managing the body … These international widows are real recovery periods for Atiba,” Herdman told reporters late last week.

“For him, he’s at a stage where he’s picking up little niggling injuries. He picked up a pretty serious one at the back end of the Gold Cup and played through some pain and other things in that last game. He came out of the Gold Cup missing the pre-season (with Besiktas) and never recovered from (that) to feeling the way he needs to feel to be able to play back to back games.”

With his club sitting eighth in the Turkish Super Lig standings – three points off the top and behind bitter city rivals Galatasaray and Fenerbahce in the table – Besiktas has taken a cautious approach with Hutchinson as it balances the domestic campaign with its European commitments.

“You see that with his club. They leave him out of the (Europa League) matches because they’re managing the Saturday-Wednesday turnaround,” Herdman explained.

Although Hutchinson is dealing with load management issues that affect his availability for Canada, Herdman insists the Besiktas star remains in his plans going forward.

“What I know with Atiba is he’s always in touch with the (national) team. He loves these guys in the group, he’s in constant contact with them, and he hasn’t closed the door,” Herdman stated.

He later added: “While he’s still performing at the level he is, he’ll always get the call (from Canada).”

“Cyle’s in great form at this moment and he’s finally getting that run of games that he’s craving,” Herdman said. “Cyle was selected for this squad and he’s got some genuine personal, family reasons why can’t be there.”

Larin, a 24-year-old native of Brampton, has seven goals in all competitions for Belgian club SV Zulte Warengem, where he is on loan from Besiktas. He was left off Canada’s squad for last month’s game against the U.S. because he fell down the Canadian depth chart.

Getting to play for his country in his old MLS stomping grounds after missing out a month ago would have been a great chance for Larin to reassert himself with the national team. But it wasn’t meant to be due to personal reasons.

“He’d love to be in Orlando for sure. He’d love to be with the team playing against the U.S.,” Herdman said. “Every national-team player there marked [the game] on the calendar. But he’s got his own personal reasons and I really respect the decision that he’s made.”