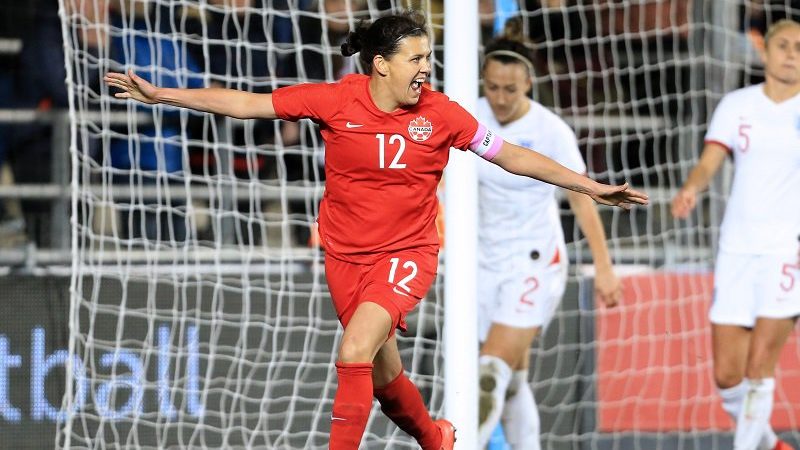 Christine Sinclair has a date with destiny.

Sinclair currently sits on 183 goals for Canada since making her debut as a teenager in 2000, and she is poised to leapfrog retired U.S. star Abby Wambach (184 goals) as the all-time leading scorer in international soccer, for both women and men.

The iconic captain is expected to set the new record at the upcoming Concacaf Olympic qualifying tournament which runs from Jan. 28 to Feb 9, 2020.

Sinclair was one of 22 players named to Canadian coach Kenneth Heiner-Møller’s preliminary roster on Friday for the competition (he’ll trim the roster to 20 names before the tournament), and chances are very good she could break Wambach’s record in the Reds’ opening game.

Canada, eighth in the current FIFA world rankings, will compete in Group B at the Concacaf Olympic qualifiers vs. No. 127 Saint Kitts and Nevis (on Jan 29), No. 51 Jamaica (on Feb.1) and No. 26 Mexico (on Feb. 4). All of Canada’s group stage games will take place in Edinburg, Texas.

Canada will hold a two-week preparation camp in Texas for the tournament starting on Monday.