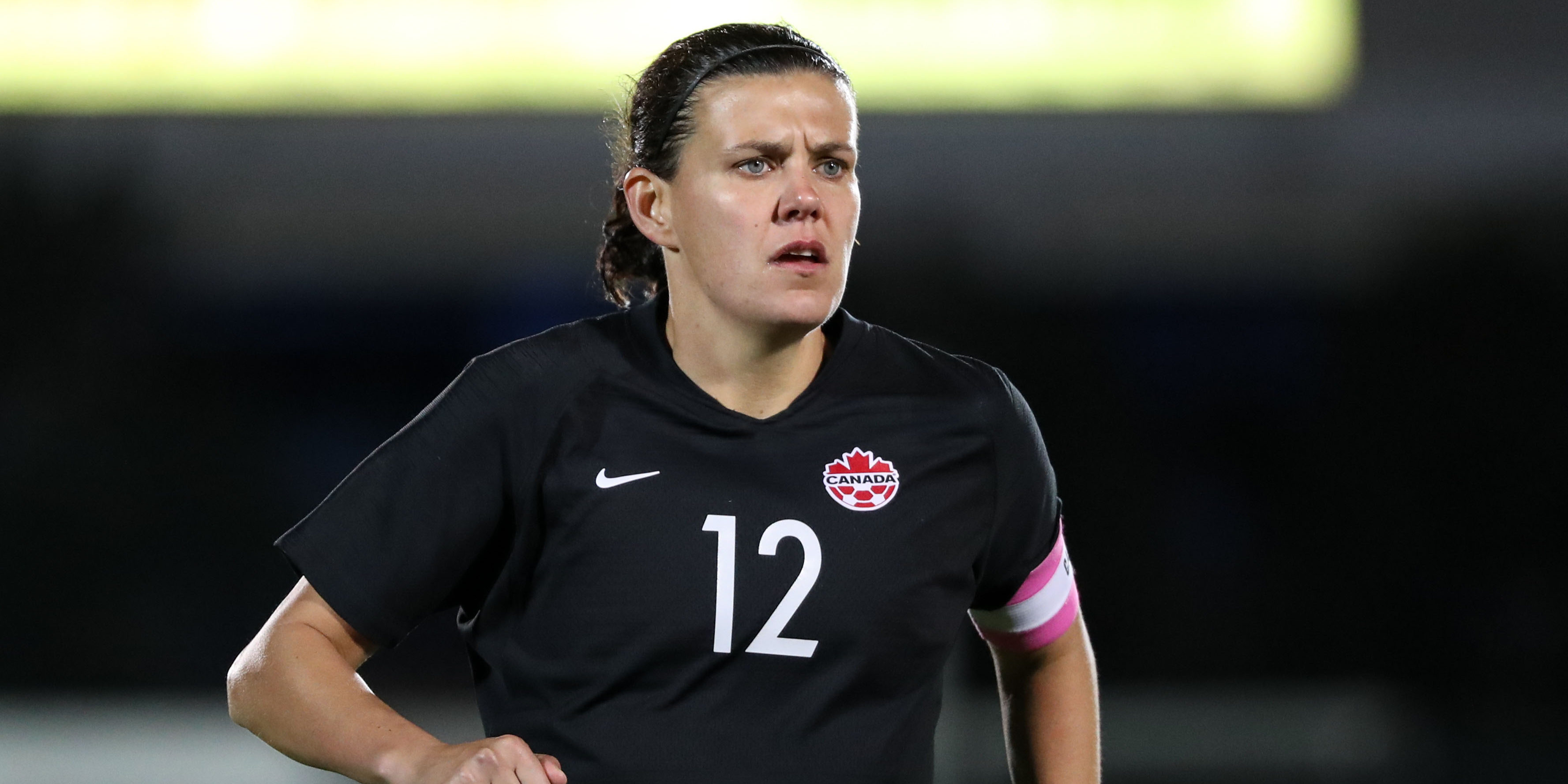 The established and the next generation will be on full display when the Canadian women’s team competes at the Concacaf Olympic qualifying tournament in January and February.

Canadian coach Kenneth Heiner-Møller unveiled his 20-player roster on Tuesday for the competition, and it’s very much a portrait of contrast between youth and experience.

Among the names on the Canadian squad that will attempt to qualify for this summer’s Tokyo Olympics are Christine Sinclair, Canada’s iconic captain who made her national team debut as a teenager in 2000.

Sinclair, a 36-year-old native of Burnaby, B.C., currently sits on 183 goals for Canada, and she is poised to leapfrog retired U.S. star Abby Wambach (184 goals) as the all-time leading scorer in international soccer, for both women and men.

In total, 16 players who were part of Canada’s 2016 Olympic bronze medal winning team are on this roster, while Sinclair, Sophie Schmidt, and Desiree Scott were also bronze medallists at the London Games in 2012

Sinclair and the youngsters are expected to feature prominently for Canada at the Concacaf Olympic qualifiers which runs from Jan. 28 to Feb 9, 2020.

“With these qualifying tournaments, you have a maximum of two days turnaround between the matches. The players we bring in, they have to be ready to play. We can’t have anyone in that maybe can play,” Heiner-Møller stated.

“Some of them, it’s their first qualifier, some of them have been here so many times they’ve lost track. Young energy is definitely coming in, but also the experience…  We’ve got a lot of upcoming young players and then we’ve got our veteran group. It’s about making that selection right on the pitch but also in the roster, and I believe we’ve done that.”

Canada, eighth in the current FIFA world rankings, will compete in Group B at the Concacaf competition vs. No. 127 Saint Kitts and Nevis (on Jan. 29), No. 51 Jamaica (on Feb.1) and No. 26 Mexico (on Feb. 4). All of Canada’s group stage games will take place in Edinburg, Texas.

“No matter who we play, we need to play to Canadian standards…  It’s so easy to play teams that you’re better than and then you drop to their level – you play what you have to, and not what you can,” Heiner-Møller stated.

Two veterans absent from Canada’s roster are midfielder Diana Matheson and goalkeeper Erin McLeod. Both have been recovering from injuries that ruled them out of the 2019 FIFA Women’s World Cup.

“They’ve got the experience that is sometimes needed in these big tournaments,” he said. “Going into the Olympics, we’re going to cut the roster again [to 18 players], which is going to be a hard decision. You bring in players who are ready to play.

McLeod also missed the 2016 Rio Olympics after tearing her ACL for a third time.”

“She’s working hard to get back,” Heiner-Møller stated. “When you talk to her, you can see the fire in her eyes, where she wants to be [this] summer. I’m not going to put that fire out, by no means.”