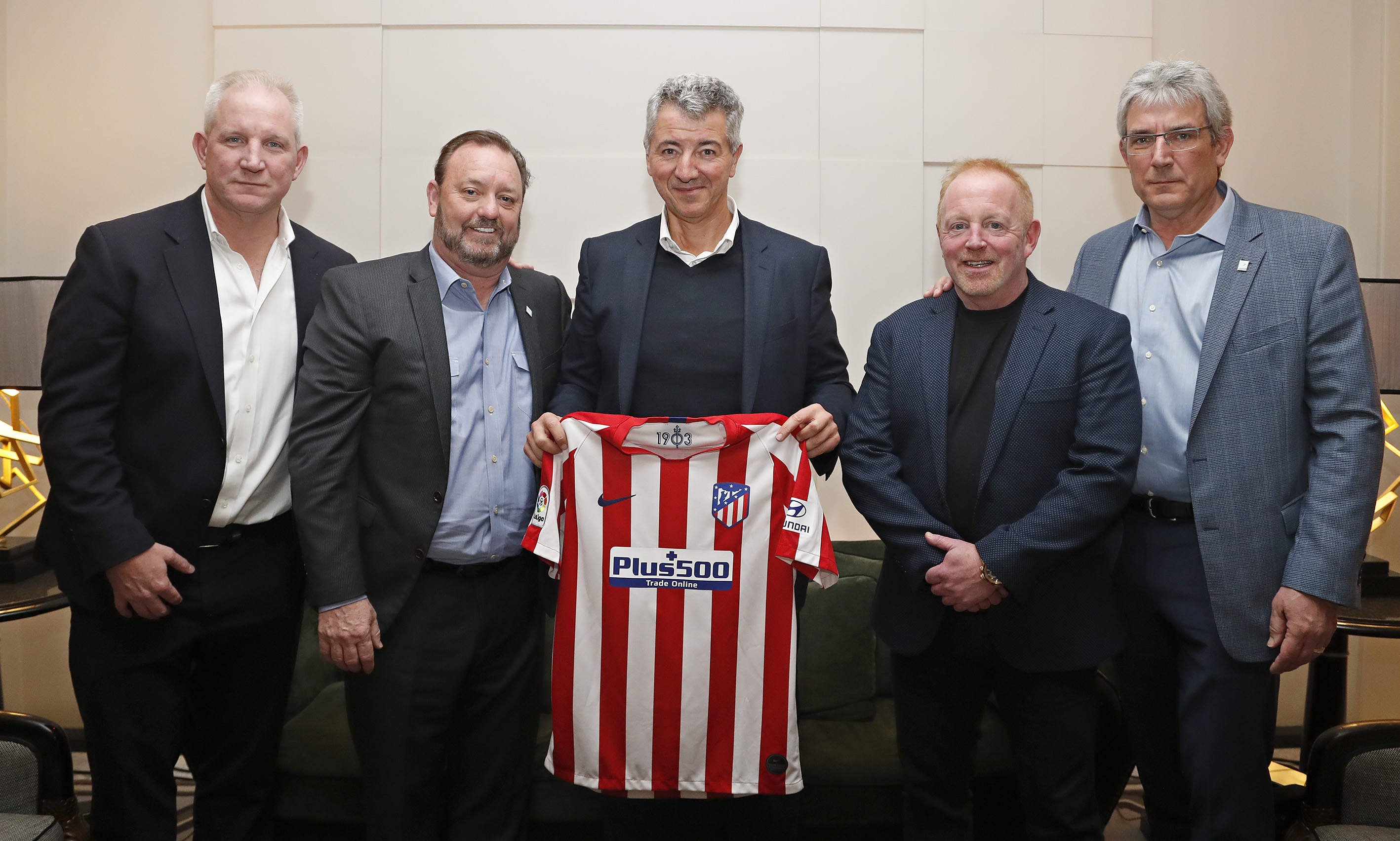 Toronto, ON (January 29, 2020) – The Canadian Premier League officially announced today that Ottawa, Ontario has been awarded a CPL expansion team – the League’s first.

Set to begin play in April 2020 at renowned TD Place in Ottawa – which sits on the Unesco World Heritage Site, the Rideau Canal – the expansion bid was led by Club Atlético de Madrid. One of the most prominent brands in the global soccer market, Atletico is one of the giants of Europe while competing in one of the game’s best competitions, La Liga.

Canada’s capital is the latest city to join the Canadian Premier Leagues vision of being a truly coast-to-coast League. The city’s inclusion in the second season of the CPL brings with it regional rivalries, greater diversity, and representation as the League continues on its mission to bring football to all Canadian fans and supporters across the country.

“We are thrilled to welcome Ottawa as the Canadian Premier League’s 8th Club and Club Atlético de Madrid as our newest owners of the Ottawa club,” said Commissioner David Clanachan. “We are very excited to launch the club with one of the world’s most iconic and successful soccer brands and look forward to them taking to the pitch for the 2020 CPL season.”

“We are delighted to be part of such an exciting project in an amazing country. We would like to bring our expertise to a very strong and structured league and will work together with the CPL and the rest of the clubs to contribute to the growth of Canadian soccer. We want Ottawa soccer fans to be able to feel proud of belonging to the Atlético de Madrid family so we can start sharing our values with them,” said Atlético de Madrid´s CEO Miguel Ángel Gil Marín.

Club Atlético de Madrid’s ownership is pleased to announce Ottawa businessman, Jeff Hunt as a strategical partner. Familiar to Ottawa sports ownership, as part owner of the Ottawa Redblacks football club of the Canadian Football League and the Ottawa 67’s hockey club of the Ontario Hockey League, Hunt brings proven success from both local teams and will be a key asset to the Ottawa team as they prepare to launch.

Hunt along with Club Atlético de Madrid’s ownership and CPL Commissioner, David Clanachan will be in Ottawa at a public unveiling event to be held at TD Place on February 12.

To join the excitement in welcoming one of the iconic global soccer brands to Ottawa as a founding member for the 2020 season of the new Ottawa CPL Club register here.

Atlético de Madrid is currently enjoying one of its greatest sporting moments, having won nine trophies in the last decade and having reached the UEFA Champions League final in 2014 and 2016. These achievements have placed the men’s team amongst the top sides in Europe, according to UEFA’s club rankings. Club Atlético de Madrid’s leadership includes, President is Enrique Cerezo, and CEO, Miguel Ángel Gil Marín. Diego Pablo Simeone is the coach of a team that includes world stars such as Oblak, Koke, João Félix, Diego Costa and Saúl.

Atlético de Madrid’s success would not be possible without the loyalty of its fans, which is reflected in the club’s more than 130,000 members, over 800 fan clubs around the world and more than 30 million followers on social media. In the 2017-18 season, the club inaugurated the Wanda Metropolitano, a spectacular stadium with capacity for 68,000 fans and equipped with the latest technological advances. It hosted the last UEFA Champions League final on June 1, 2019, just one year and eight months after it was inaugurated. The match between Liverpool FC and Tottenham Hotspur FC was an organizational success as the Wanda Metropolitano became the epicenter of world football.

The club also has a women’s team, which is among the most successful sides in Spain. It has won the last three league titles and one Copa de la Reina trophy. On March 17, 2019, the Wanda Metropolitano broke the world attendance record for a women’s club match as 60,739 fans gathered to watch Atlético de Madrid Femenino take on FC Barcelona.