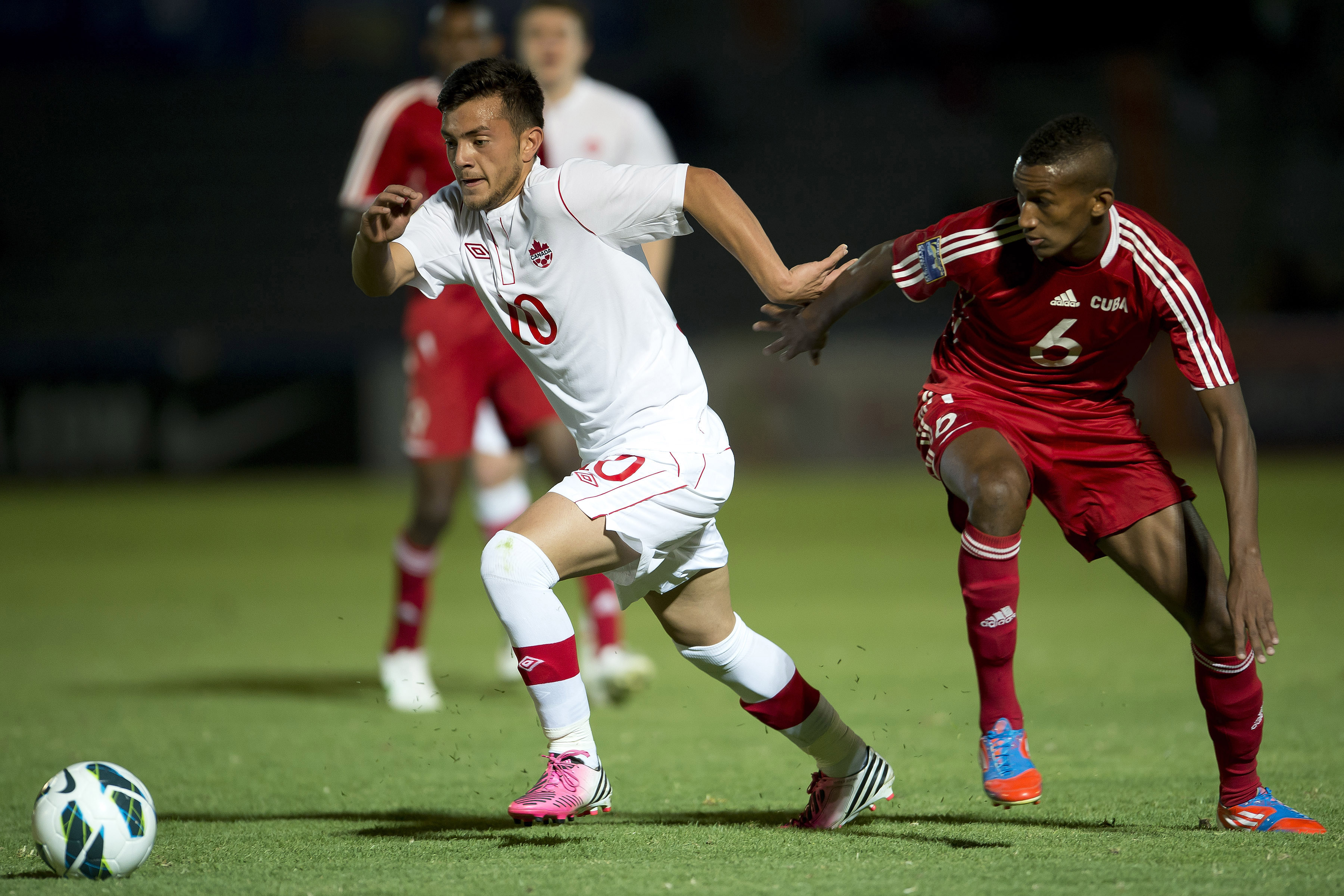 FC Edmonton bolstered its attacking midfield options on Tuesday with the announcement that it has added Canadian international Keven Alemán to its roster for the 2020 CPL season.

The signing of Alemán could turn out to be one of the shrewdest moves of this off-CPL season, as it sees FCE land a young and dynamic player who has a great upside with plenty of good years left ahead of him.

“From my part, I know why they brought me and what they expect from me,” Alemán told CanPL.ca. “I think it’s to make big things happen on the field, to be a leader on and off the field, and I’m very excited to have them put that trust in me.”

It was a sentiment echoed by Edmonton coach Jeff Paulus.

“This is a very exciting signing for our club and we are delighted to have won his signature,” Paulus said. “Keven brings us an undeniable attacking quality and is sure to excite our fans whenever the ball is at his feet.”

“We wanted to bring in an attacking midfielder, a creative 10, and Keven was number one on our recruitment list.”

Once considered one of Canadian soccer’s brightest young prospects, Alemán, 25, was born in Costa Rica but moved to Brampton, Ont., as a kid and eventually joined the Toronto FC Academy, where he played alongside current CPLers Michael Petrasso and Dylan Carreiro. But a chance to play with the MLS side never came, and Alemán when on trial in Europe and joined the youth setup at Spanish club Valladolid in 2011.

Three years later, Alemán was on the move and signed with Costa Rican club C.S. Herediano. In 2015, he was loaned out to Belén F.C., another team in Costa Rica, and moved there on a full-time basis following a transfer the following year.

Deportivo Saprissa was his next port of call, as Alemán signed with the Costa Rican outfit, but he left in 2018 after one season.

Alemán has spent the last two years with Sacramento Republic FC in the USL, scoring three goals in 40 appearances.

Although eligible to play for Costa Rica because he was born there, Alemán chose to represent Canada in international competition.

He helped Canada win a silver medal at the 2011 Concacaf Under-17 Championship in Jamaica (scoring three goals), and played for the Reds at the FIFA U-17 World Cup in Mexico that same year. He also represented Canada at the 2013 Concacaf Men’s Under-20 Championships in Mexico

At age 19, Alemán graduated to the senior team when he made his debut in a game vs. Mexico at the 2013 Concacaf Gold Cup. He went on to earn three more caps, with his last appearance for Canada coming on Oct. 8, 2017, in a friendly vs. El Salvador.

Alemán also played for Canada’s under-23 team at the 2015 Pan American Games staged in Toronto.

The midfielder becomes the 22nd player under contract by the Eddies for the 2020 CPL season.