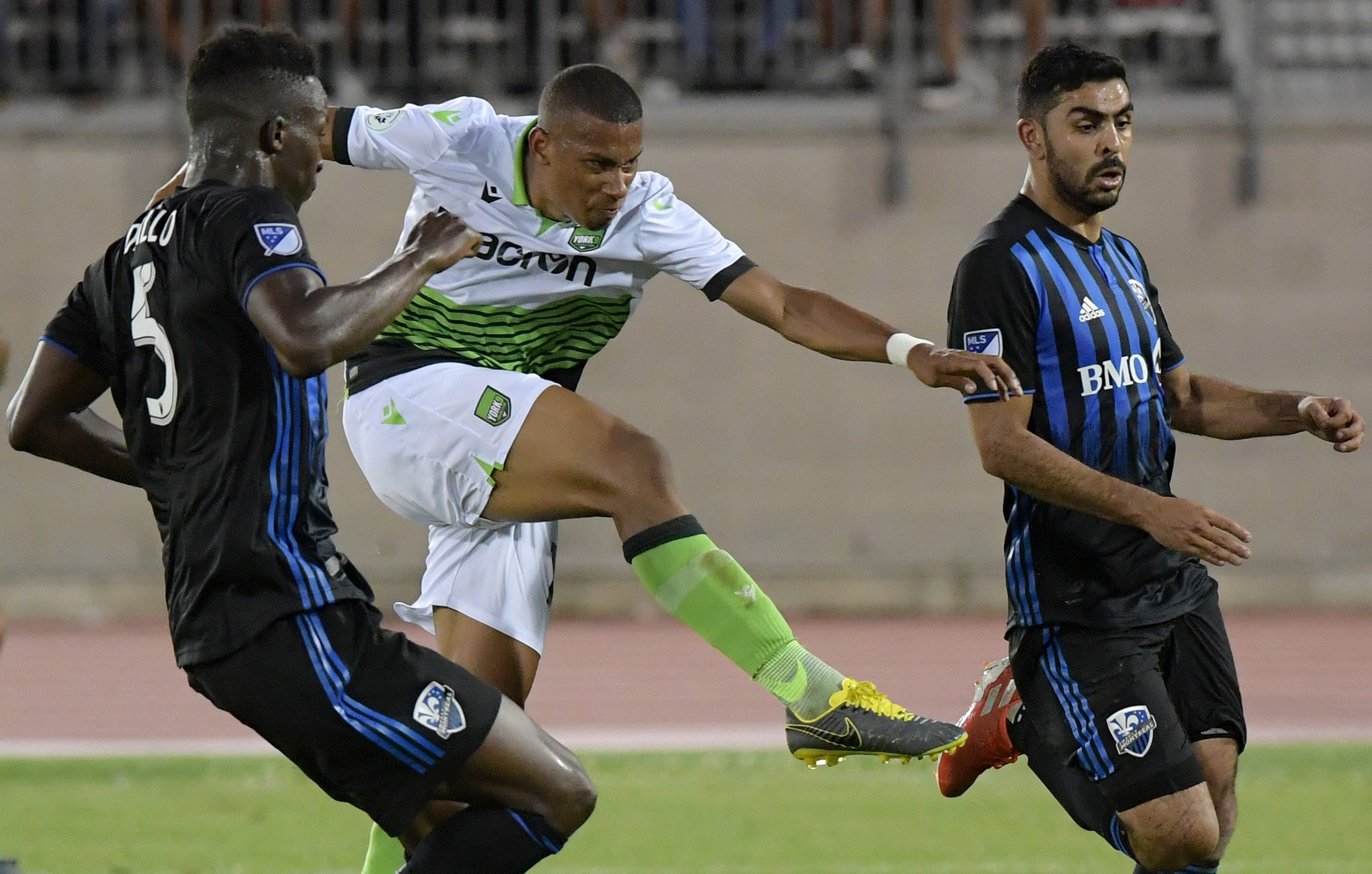 Ryan Telfer was the one that got away for York9 FC.

While on loan at Y9, the history-making Telfer earned plaudits for his stellar play during the 2019 Canadian Premier League season, while also making his international debut with Trinidad & Tobago. After Toronto FC declined his contract option last November, Telfer seemed destined to return to the Nine Stripes.

York9 FC managing consultant Angus McNab wanted him back for 2020, but a deal never came.

So, why is he now back? The key to Telfer’s return, McNab explained, was the recent sale of Emilio Estevez to Dutch topflight club ADO Den Haag.

“If we started our season back in April and things moved along, we always hoped we would do some business in the summer and that would free up a space in the squad,” McNab told CanPL.ca.

“Ryan was always a player we wanted to make cap space for to bring back – and we’re delighted he’s back.”

Clearly, the door was never closed for Telfer at York Lions Stadium, as he scored eight league goals, and added another two in the Canadian Championship. The 26-year-old signed with Nea Salamina Famagusta, a topflight side in Cyprus, in January after having been released by his MLS club. Telfer only made three appearances for the Cypriot side, starting just once.

“Ryan was concerned about the long off-season,” McNab said. “Obviously he had his contract to see out and he had a desire to go to Europe. You have to make the right decision at the right time. That’s what he did for his career.”

Telfer was one of the most dangerous players in the CPL last year, sitting comfortably among the league’s elite (in the top two per cent) in shots, key passes, and successful crosses per 90 minutes according to Sportlogiq.

“We knew his situation well. Yes, he wanted to go to Cyprus to try his hand at European football and hopefully use it as a stepping-stone to something else, but we know he’s a very talented player,” McNab offered.

“His power, pace, skill level, the goals he scored for the club last year were goal-of-the season contenders not just for their quality but for the moments and what they meant for the club.”

As for the length of Telfer’s contract with Y9, McNab declined to get into specifics. He did, however, reveal that various “triggers and incentives” could keep Telfer in York Region for multiple years.

“But we’ve gotta get through this year first,” McNab joked, referring to York9 FC’s return to training which was announced on Tuesday.

Telfer, who returned from Cyprus last week, is currently in self-isolation. McNab confirmed he’ll report to training next Monday.