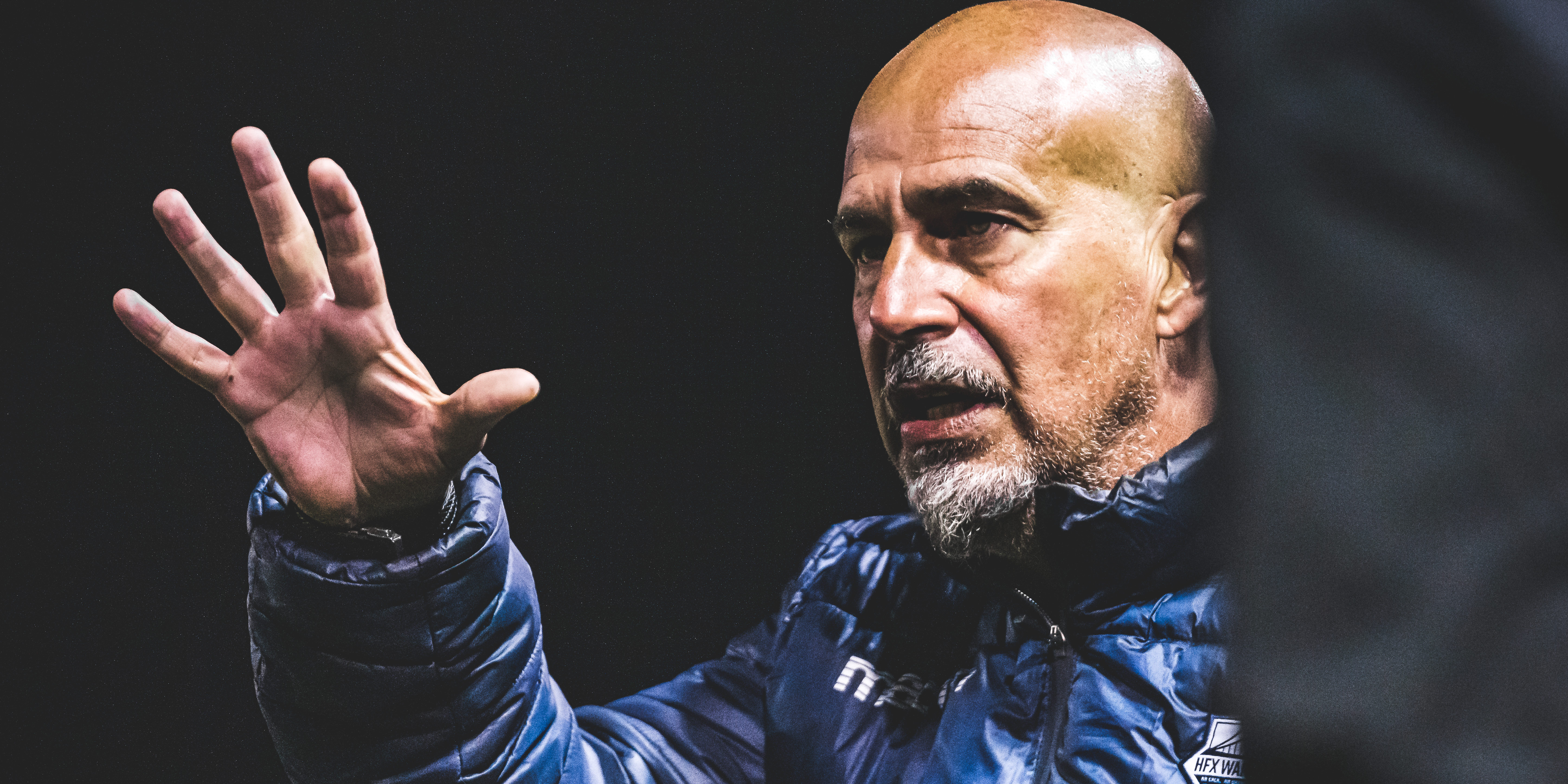 By the time HFX Wanderers FC play their final first-round match of The Island Games on Sunday against Atlético Ottawa, their work may be cut out for them.

Once Forge FC, Valour FC, Cavalry FC, and York9 FC have had their say the day before, the logjam in the CPL standings will (hopefully) be a little less jumbled. It might not, of course, but either way it’s likely that the Wanderers will have a clearer picture of what they need to do get into the top four.

They enter the weekend in fourth, their nine points putting them one back of Cavalry and Y9, and one ahead of Ottawa and Pacific FC. They boast the second-best goal difference in the league, too, at +3. With that slight advantage, coach Stephen Hart felt at liberty to simplify the message to his team heading into Sunday: just win.

“There’s so many complications, but I think yes. It’s as simple as that, we win, we’re in,” Hart told reporters on Friday morning.

“When we finished the game against York (a 1- draw), that was our discussion the next day. Listen, we’re not gonna depend on anybody, we’ve got two games to play and it’s clear-cut. You win those two games and you’re in the final four. So that was the discussion from the very beginning.”

Well, they accomplished half of that mission on Wednesday, weathering the storm thrown at them by Valour FC to squeak out a 2-0 victory. Hart wasn’t quite thrilled with that performance, which saw the Wanderers on the back foot for overwhelming stretches, But good teams find a way to win even on off nights.

So, Hart is doing his best to try and keep some pressure off his players despite the small margin for error at The Island Games.

“It’s all laid out there in front of you,” he said. “You don’t want too much anxiety. Clearly from the last game it really didn’t work that way because we started so lethargic, lack of concentration, and really and truly I put it down to nerves.”

Hart has been very encouraged by what he’s seen from the Wanderers thus far, one sluggish performance notwithstanding. For one thing, they’ve already scored more goals in PEI (10) than they banked in the 10-game Spring season of 2019 (eight). It hasn’t come at the expense of defending, either.

“I think the difference is we have more people that can deliver the final pass, and more people that are scoring, which always is the big complement that the team needs,” Hart explained. “You’re not depending on one or two people to carry all the scoring.”

He added later: “When you have more people that are a threat, then teams have to worry about more of the individuals. Quite clearly, it’s showing in the games. We still could be a little more decisive, we still could be a little more precise and not hurry things and rush things, but in this situation our training was very limited coming into this. We can’t really fault the players for that.”

Indeed, the additions of Alex Marshall, Alessandro Riggi, and João Morelli (and even Cory Bent and Omar Kreim) to an attack that already featured Akeem Garcia, who himself has improved on his 2019 form in 2020, have made HFX terrifying on the counter-attack.

Hart offered praise for his side’s opponents this weekend, pointing out that Ottawa is well-organized defensively, and he called Francisco Acuña, the club’s star midfielder, a “very special player” who can change the game from any situation.

Above all, though, Hart wants his club to enter this all-important showdown with their heads held high, regardless of the outcome.

“This is a tournament that we would dearly love to be in the final four and be in that situation. But I would like to see them set the tone for the future of this team and the future of this club, because we said all along, the tournament was twofold, basically: building a team for league play for 2020-21, and then of course going as far as possible in this tournament.

“But I’d like them to recognize their achievements already in terms of performance. I’ve always told them, winning is a by-product of consistent performances. So if they can come out, do their best — which is all I can ever ask of a player — put down the performance that they’re capable of, then in theory you should get a result from the game.”