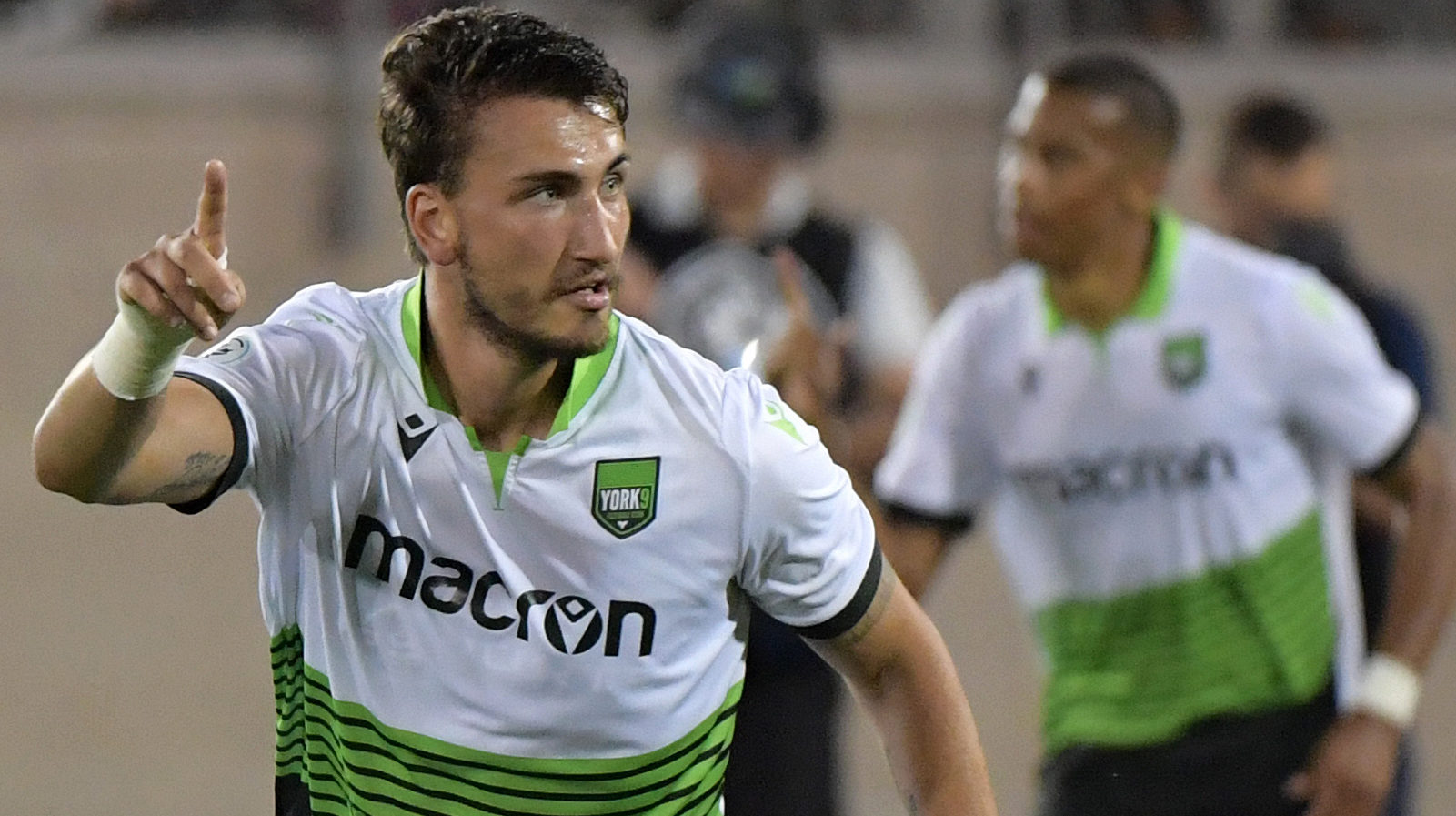 York9 FC’s ironman has decided to hang up his boots.

Defender Luca Gasparotto announced on Tuesday that he’s retiring after two seasons with The Nine Stripes in order to pursue a new career.

“I’ve made the decision to step back from football and pursue a different career path,” Gasparotto told the club. “It wasn’t an easy decision, I’ve been playing professionally for years… it’s never easy to give up something you’ve fallen in love with.”

Gasparotto played every single minute in York9 history, starting with 34 appearances in the club’s inaugural season – 2,520 minutes in total across the Canadian Premier League and Canadian Championship. The 25-year-old native of North York followed that up with seven appearances at The Island Games.

“One of my objectives was to play as much as possible but I never thought it would be every single second of every single game in the club’s history. It’s a great achievement, another story to tell. A very special thing,” Gasparotto said.

“It’s great to see how the league has come together, the interest it’s drawn and the opportunity it’s given to players like myself. I’m very grateful for what York9 and the CPL gave me: to play in front of friends and family, to be a part of a brand-new league, to create something special in Canada.”

A youth product of Ajax SC, Gasparotto left Ontario for Glasgow Rangers in 2011. He made his first appearances for the Scottish giants in 2013 as they made their way back up the league system.

He was later loaned to Stirling Albion, Airdrieonians, and Greenrock before joining Scottish Championship (second tier) side Falkirk in 2016.

“I learned a lot during that time. I was in a different environment, a different culture. Being away from my family in my mid-teens, living with another family in Scotland. It made me grow up very fast. I had to cook for myself, clean up after myself. A lot of life lessons. I got to see different parts of the world,” Gasparotto said of his time with Rangers.