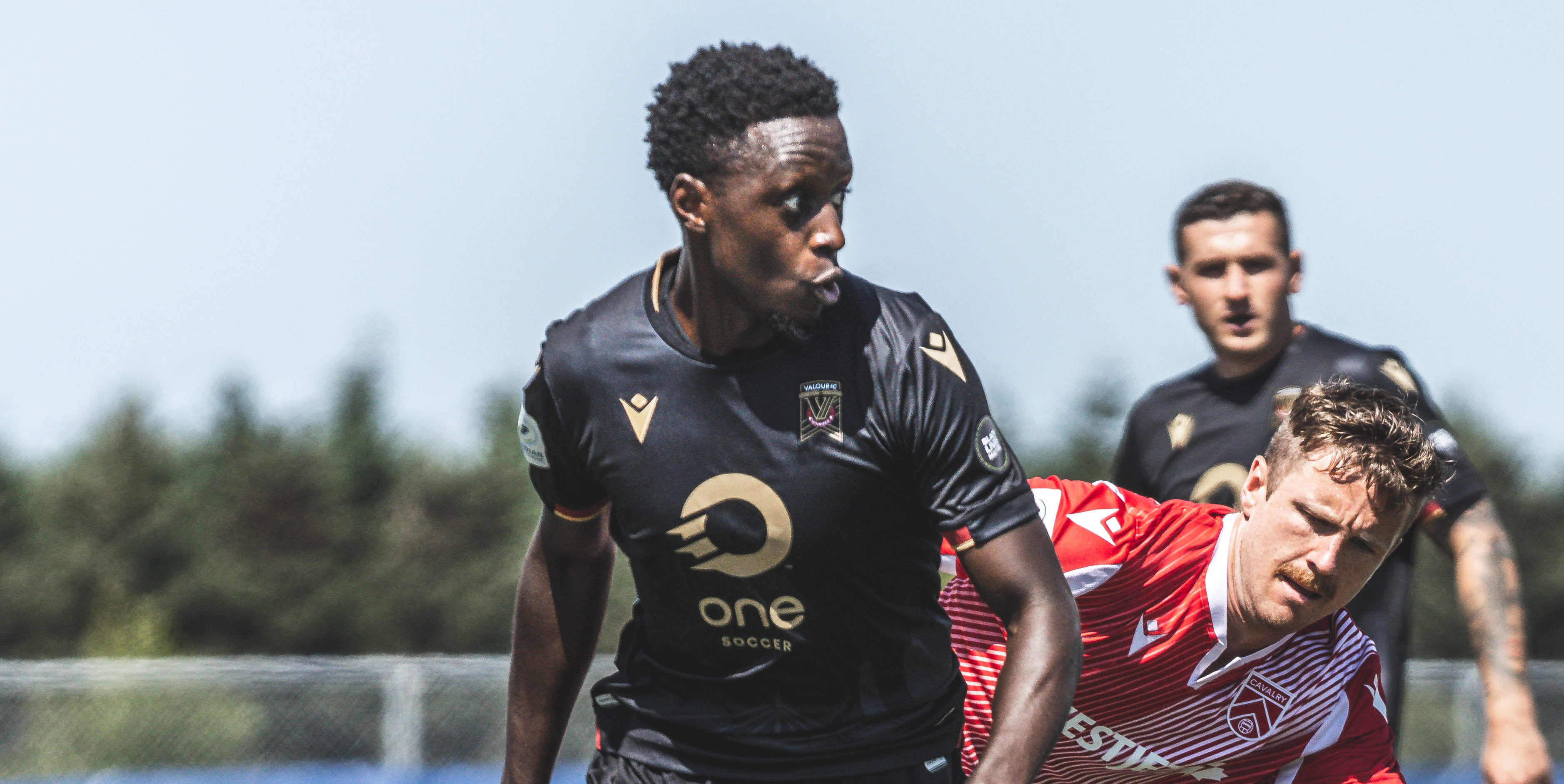 Valour FC announced on Thursday that 31-year-old fullback Arnold Bouka Moutou will be returning to the Winnipeg-based club in 2021.

Bouka Moutou, a Congolese international born in France, first signed for Valour last winter. He joined the club for The Island Games, but unfortunately he only saw limited action, suffering a hamstring injury in Valour’s first match of 2020 against Cavalry FC.

He made a very brief return as a substitute in the club’s final game of the season against Forge FC, but he was injured once again just moments after entering.

The veteran defender returned to France after the CPL season and has slowly recovered to the point where he is now training again with French club Angers.

“We know how good a footballer he is,” Valour coach Rob Gale told CanPL.ca. “We’re hoping that in a full year and proper integration he can get back to the level he’s shown for his whole career.

“He and his family really seemed to like it here. He got to meet the Francophone community and he really fit in well with the whole squad. It’s a good fit for both.”

Bouka Moutou will return in 2021 to try and help Valour improve on its sixth-place finish in 2020, which saw it narrowly miss qualification for the second round.

The experienced defender, who lines up most comfortably at left-back, has a wealth of experience at a high level. He has made 42 appearances in his career in France’s Ligue 1 — one of the top leagues in the world — across four years at Angers and Dijon, helping the former of the two win promotion from Ligue 2 in 2015. He most recently played in the French top flight in January 2019.

On the international level, Bouka Moutou has 19 caps for the Republic of Congo, having represented them at the Africa Cup of Nations in 2015, and in FIFA World Cup Qualifiers. He scored a goal for his country in his most recent appearance in 2017, an 87th-minute equalizer against Egypt (although the Egyptians ultimately prevailed on a 95th-minute winner from Mo Salah).