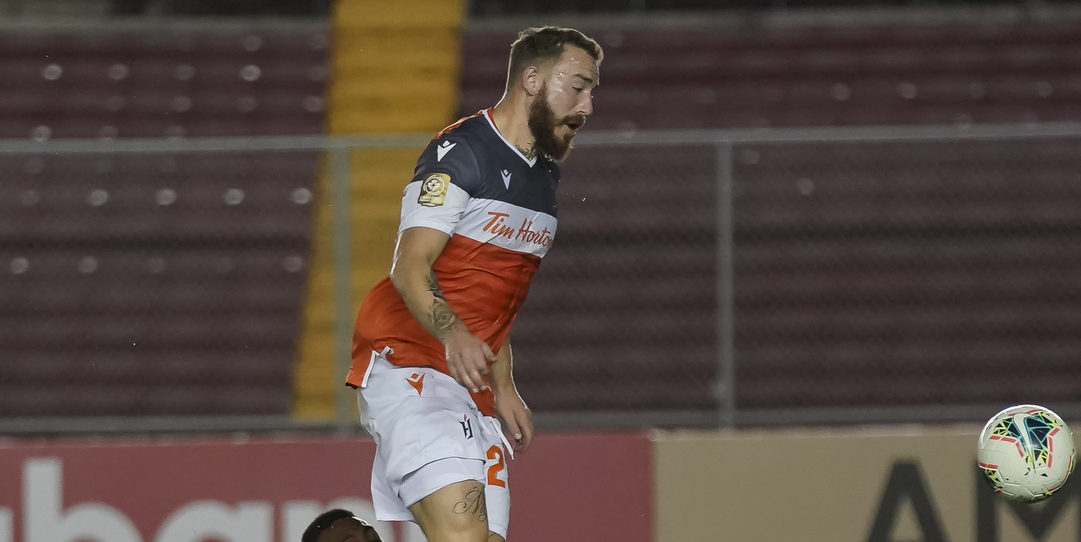 The 27-year-old Novak, who hails from Pickering, Ontario, is best known in Canadian soccer circles for his two seasons with Forge FC. Over the first two years of the CPL, Novak played 34 times for the Hamilton-based club, scoring nine goals (two of them against Cavalry) and recording six assists. He was a key part of the Forge attack in both years, playing in each of their CPL Final matches en route to two consecutive league championships.

This past Fall, Novak scored a superb 83rd-minute goal in the Concacaf League preliminary round against Municipal Limeño to win the knockout tie for Forge.

😱 ⚽ What a goal by Anthony Novak!
A 10-men @ForgeFCHamilton takes a 2-1 lead over @LimenoOficial | #SCL20 pic.twitter.com/o0gzpoF5rg

After the end of Forge’s 2020 season, Novak signed with Clube Condeixa in the Portuguese third division. He played out the season there recently, and he will arrive in Calgary soon the quarantine before joining Cavalry for training.

Prior to turning pro in 2019 with Forge, Novak played a handful of seasons in League1 Ontario with the Oakville Blue Devils (winning the league’s golden boot in 2018), concurrently playing at the NCAA Division II level for Lake Erie College. He also spent several years in the Toronto Lynx system, both at the youth level and with the senior team in the PDL from 2012 to 2014.

“Novak is an excellent addition to our squad,” said Cavalry FC coach and GM Tommy Wheeldon Jr. “He was always a handful for our centre-backs and a proven scorer of very important goals in the CPL and Concacaf. He has the ability to link the play and combine or stretch the defensive line with runs in-behind.  Not only that, but he is also a fierce competitor with a great work rate that loves to compete.”

Novak added: “After speaking with Coach Tommy I knew this was the right decision to make, not just for my football but also for my family. Between the two it would have been very hard to say no to this kind of opportunity. Personally, I’m looking forward to getting out there, scoring goals, having a full season and contributing to the club. Also, I can definitely say my family is really excited for their new adventure in Calgary.”

Novak is the 18th player signed by Cavalry for this season and the eighth newcomer. He joins an attacking core that already includes Jose Escalante, Richard Luca, José Hernández, and Ahinga Selemani.