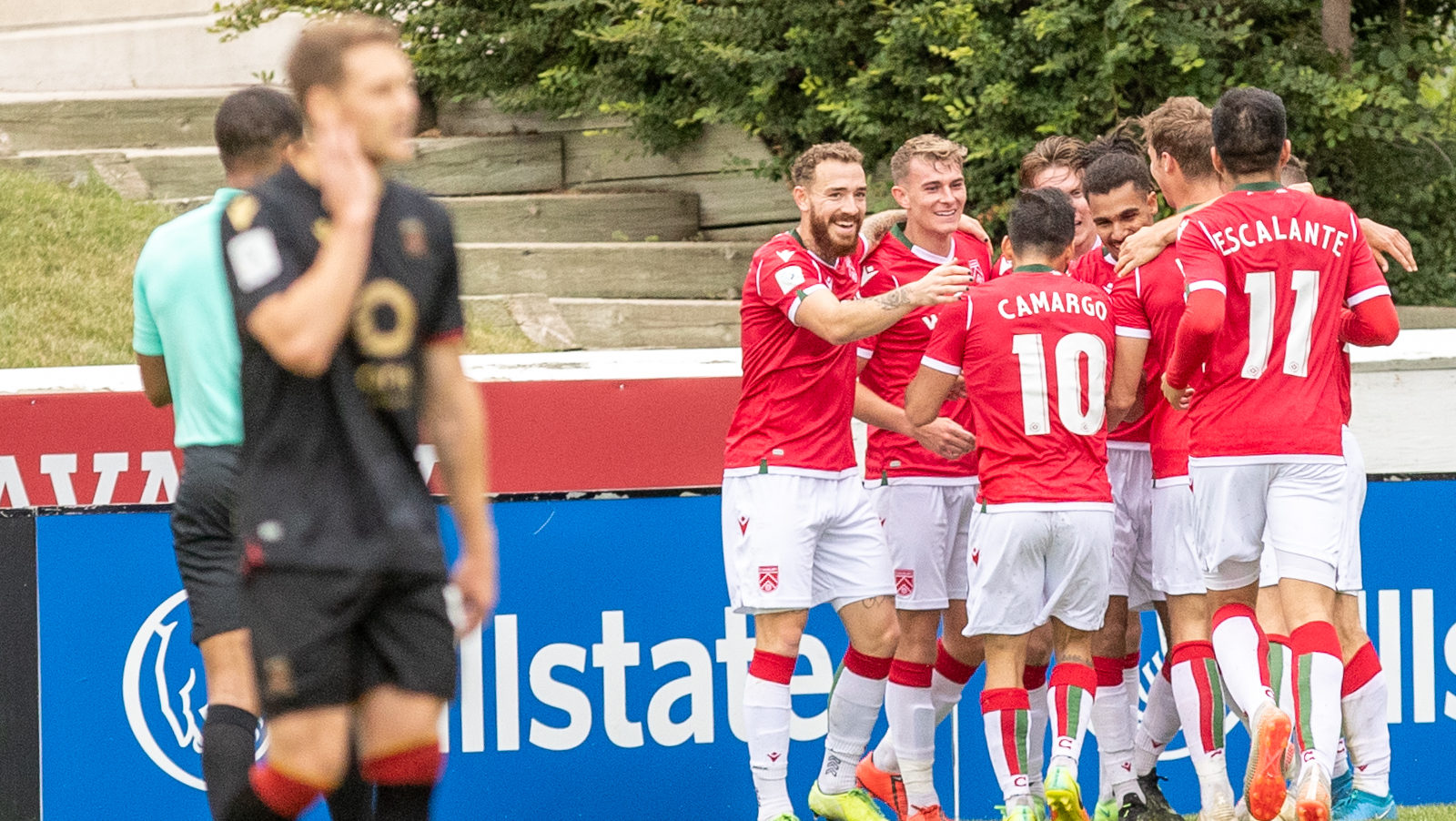 Cavalry FC showed their vintage Sunday with a clutch, but slim, 1-0 win over Valour FC at ATCO Field at Spruce Meadows in the ComeOn! Match of the Week. Mo Farsi finished one of a handful of chances on offer to bring them one point from the top in the CanPL standings and hand Valour their fourth loss in a row.

As far as matches go, this might be one of the tightest so far this season. But, like many CanPL matches in recent memory, the need for a solid finish has come in handy. Mo Farsi’s calm take following a defensive mistake and smart through ball from Sergio Camargo was all that separated the teams.

“It’s really small margins,” Gale said. “It could have gone our way – we had a couple of breakaways brought back by the officials, instead of playing advantage.”

“At the end of the day, we stood toe to toe with good opposition.”

While Cavalry walked away with three points, it was Valour that had the most dangerous run of play in the second half. A lack of final third creativity seemed to be the issue while, for Cavalry, they outlasted their opponents on the day.

“We weathered the storm, to be frank,” Camargo said of Valour.

Early 2021 CanPL darlings Valour has suffered a substantial drop off in form following The Kickoff in Winnipeg. Sunday was Rob Gale’s fourth straight defeat – third outside of the bubble.

Despite the lack of goalmouth action (Valour recorded one shot on target), Gale was quick to find positives in the post-match presser – particularly in a rambunctious second half where the side held possession well.

“I thought we played really well – the goal comes from the sub coming on and not playing the role,” Gale said, recalling Tony Mikhail’s first half addition after Rodrigo Reyes’ injury. “We came out here and played football, didn’t we? We didn’t park the bus.”

A long and winding road trip is set to end Thursday in Edmonton when Gale and co. travel to Clarke Stadium before steering back to IG Field.

“It has been difficult, we’ve gone to some tough places,” Valour’s captain on the day Daryl Fordyce said. “When we were home we were ourselves. We’re just gonna have to knuckle down and get on with it.”

Cavalry ‘riding the Peloton’ of CanPL

At the other end, Cavalry went within a point off the top of the CanPL standings with the result and set up a mouth-watering tilt with first-place Pacific FC on Wednesday. Tommy Wheeldon Jr.’s side is top of the form table with four wins from five tries.

It’s that pace that is most desired by Coach Wheeldon who seems to have subscribed to cycling program Peloton quite recently.

“We’ve expended a lot of energy in previous seasons leading from the front. It’s a tough position to be and when really you only ever judged on the final game.”

Sergio Camargo echoed that sentiment perfectly, even deflecting his current fitness status to the four-team playoff set for this Fall.

“We’ve been in the lead for two seasons and we don’t have anything to show for it,” Camargo said bluntly. “So, in short, we’re looking for the top four.”

Full credit to 2020 CPL Under-21 Player of the Year Mo Farsi who leads the club in minutes played but had yet to find the net before Sunday. He took his chance superbly well and capped off a sturdy performance on the right, making a team-high 37 passes and 72 touches.

There’s no rest for Cavalry, who are set to host Pacific FC Wednesday at ATCO Field (9pm ET/7pm MT). Valour FC, meanwhile, will take on the other Albertan side in FC Edmonton at Clarke Field. Watch all matches live on OneSoccer.