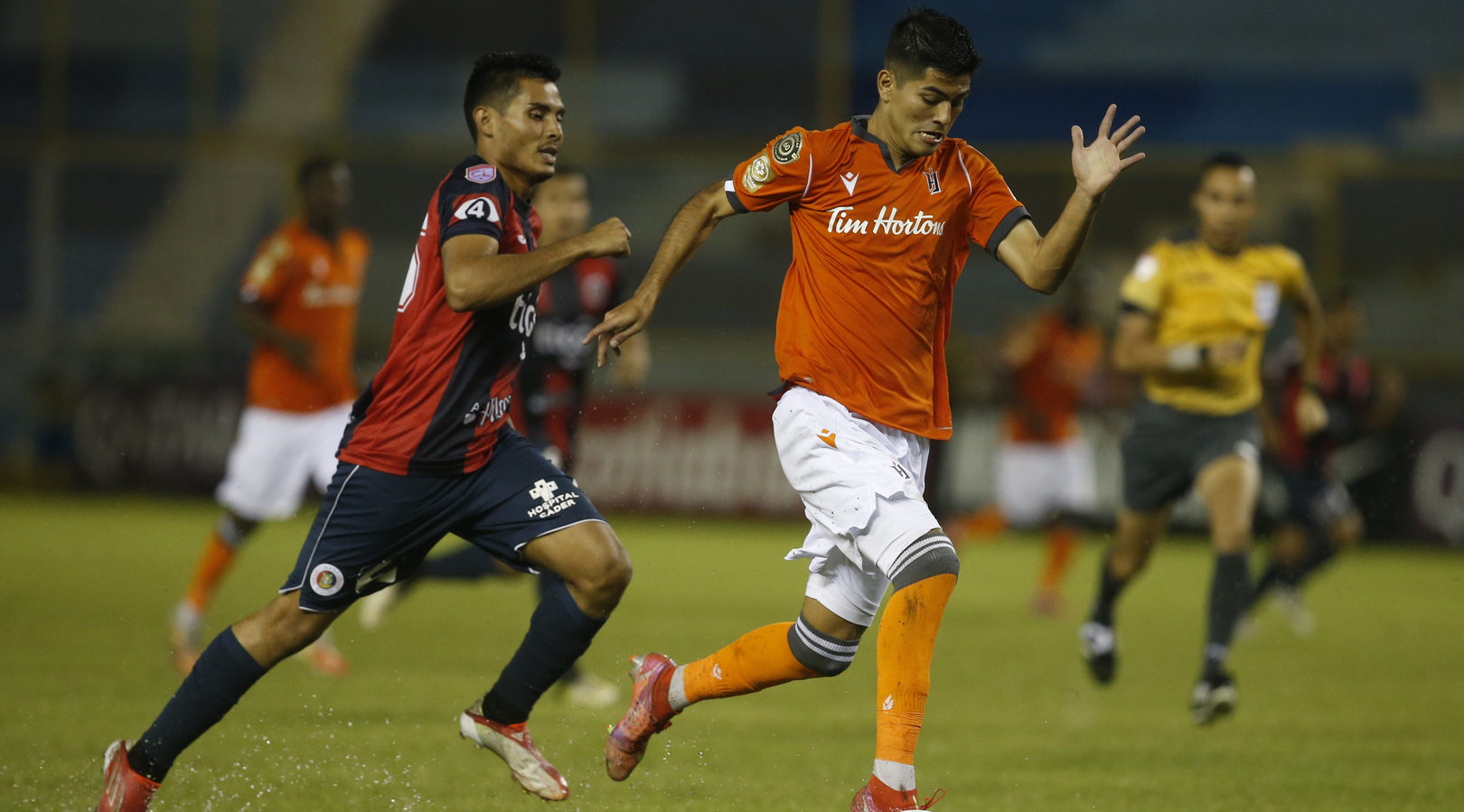 For the third consecutive year, Forge FC have won their first Concacaf League tie of the season. The Hamilton-based club drew 2-2 in El Salvador with CD FAS on Tuesday night, taking the two-legged preliminary round meeting 5-3 on aggregate.

Forge’s ranks were boosted for this game by the return of captain Kyle Bekker and head coach Bobby Smyrniotis, both of whom missed the first leg due to suspension. Bekker slotted right back into the starting XI — however, key striker Mo Babouli picked up an injury in training, and so he was forced to sit out.

The match opened slowly, with both sides offering little for the first 10 minutes. Forge, leading 3-1 on aggregate heading into the game, knew a cagey match would benefit them, but they still tried to get forward and leave no doubt.

However, it was FAS who struck first to get right back into the tie. Midfielder Kevin Reyes brought down a long cross over the Forge box and took it himself, cutting from left to right foot before beating Triston Henry for the goal.

Shortly after that opening marker, both teams had a wrench thrown into their plans, as the heavens opened above Estadio Cuscatlán and the torrential storm sent the game into a rain delay for nearly an hour.

Finally, though, the teams did re-emerge from the dressing rooms to play out the match on a noticeably water-logged pitch. Forge improved after the break, beginning to press their Salvadoran foes with some sly footwork and ball movement, but they couldn’t find the net in the first half.

Forge at last found their goal just after the halftime break, though, as Jonathan Grant blistered past his marker with the ball along the right flank before a low, rolling cross through the box found a sliding Joshua Navarro for the finish into an open net.

They wouldn’t be allowed to rest on their two-goal lead for long, though. Just six minutes later, FAS won a free kick on the very edge of the Forge penalty area. Wilma Tores stepped up to take the set-piece for the hosts, and he curled it into the top left corner of the goal to make it 2-1 for FAS on the night — and 4-3 for Forge on aggregate.

Still, Forge responded yet again. Springing a counter-attack, Jonathan Grant laid it off for Navarro at the touchline before making an incredible run into the box, where he got on the end of a perfect cross to head it home and give the Hammers their second away goal.

Despite a few forays by FAS into the opposing half in the last 30 minutes or so, Forge managed to slow the game down enough to take a stranglehold on the tempo, seeing things out in remarkably comfortable fashion after some real nervy moments, even in the second half.

In the end, Forge sailed on from this preliminary round to book their mid-September date with Independiente in the round of 16.