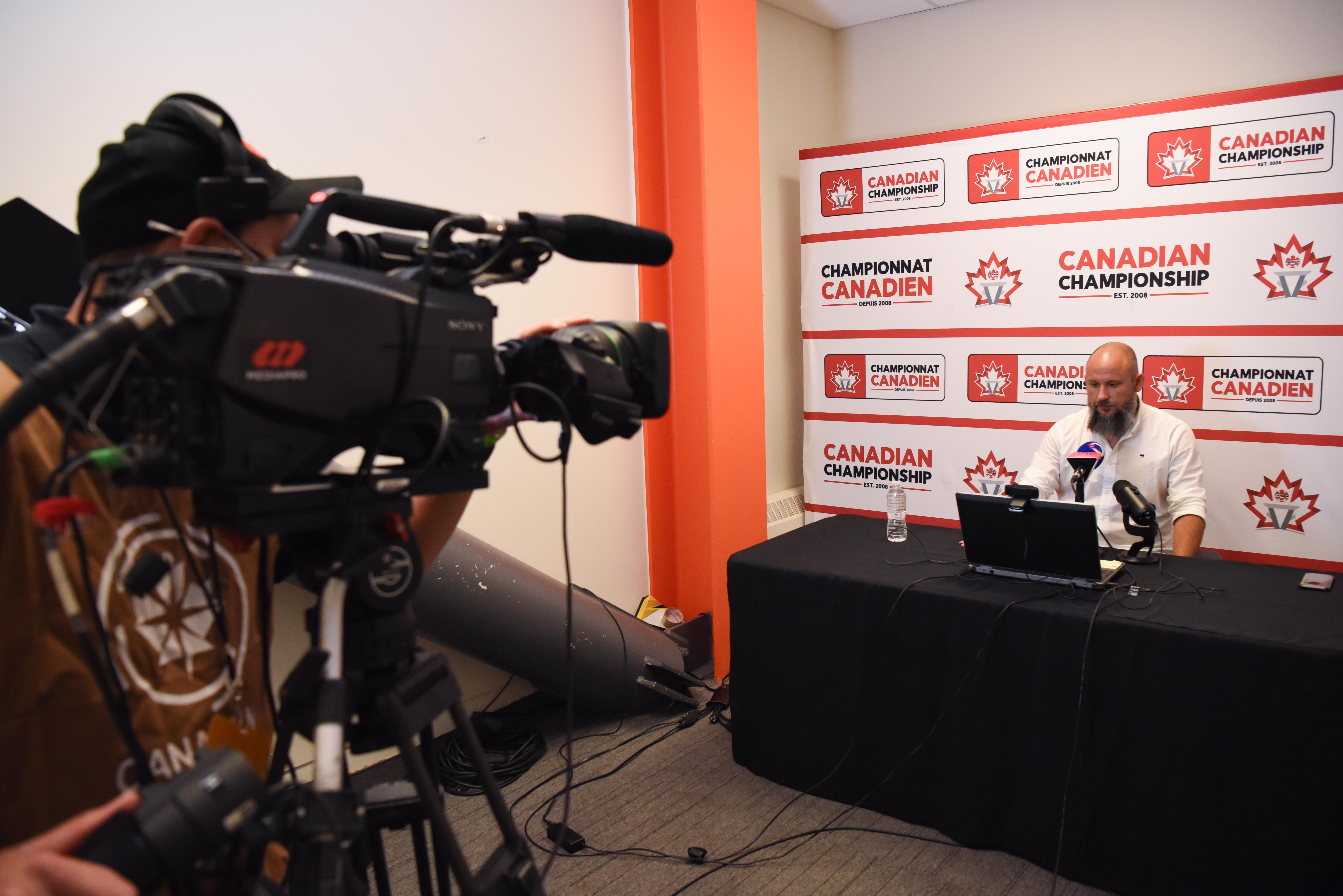 In a fantastic year for soccer in Canada the good news keeps on coming. With tremendous success coming on the pitch in 2021, exciting news off the field continues to flow and was boosted by news on Wednesday that will ensure significant progress can be made going forward. Mediapro Canada’s commitment to broadening OneSoccer’s reach to consumers across the country has a received a big boost with the announcement of OneSoccer arriving on linear television.

The Canadian subscription over-the-top video streaming service will now have more eyes on their product after it secured a partnership to join Telus’ portfolio of extended channels as HD channel 980 on Telus’ Optik TV service. From the beginning, OneSoccer’s goal has been to be everywhere, in every home, and accessible to as many Canadians as possible – and this is a significant step in that regard as they continue to play an instrumental role in the elevation and growth of Canadian soccer. Starting with Wednesday night’s triple-header of Canadian Championship quarter-final action, Telus Optik subscribers will instantly gain access to a wide range of the best of Canadian soccer on a 24/7 channel that has shown an unprecedented amount of soccer to Canadians in one place:

It has been through their broadcasts that OneSoccer has shown a level of commitment to Canadian Soccer that their women and men players deserve. OneSoccer focused on the women’s team closely in their journey towards Olympic Gold in Tokyo and has covered the men’s national team like no one before, with full comprehensive pregame and postgame shows on 2022 FIFA World Cup qualifiers and the 2021 Concacaf Gold Cup, a tournament that saw Canada make the semi-finals and gain incredible momentum with competitive games against some of the giants of the region in the USA, Costa Rica and Mexico. Momentum is truly building around this team following the success on the pitch and the recent partnership with Rogers Sportsnet that will ensure the rest of the team’s Concacaf World Cup qualifiers will be available to a wider audience.

“These are the most significant games we will play in over 20 years,” Canadian midfielder Jonathan Osorio recently told CanPL.ca.

He added: “This is a special time. I know the whole country will know this very quickly. Even people who are not into football will start to get behind us, that’s the feeling I get.”

This announcement will only accelerate that and will come as a boost to Osorio and his teammates, arguably the most talented group this country has ever produced, who will now have an opportunity to be seen by more Canadians as they look to take this country to a men’s World Cup for just the second time, and the first since 1986.

“OneSoccer has made a tremendous investment in soccer in our country, and this is just another example of that commitment to build on the momentum for the growth of the game in Canada,” said Dr. Nick Bontis, President of Canada Soccer. “We value this partnership and are pleased that they have expanded their distribution of these all-important matches to not only OneSoccer but also the largest possible audience for Canadian fans to enjoy from coast to coast.”

The news is a monumental step forward for the Canadian Premier League to get in front of more fans and will prompt others to ask cable distributors to pick up the channel.

Mark deFrias, Managing Director of deFrias Management Group Inc, is a big fan of the sport and told CanPL.ca: “This is another massive step forward for Canadian soccer as a whole in Canada. By adding OneSoccer to a linear channel through Telus Optik TV, Canadian soccer will be easily accessible. It will inspire the next generation of players and excite sports fans across the country. Growing up in a household focused on soccer, it wasn’t always the most easily accessible sport to watch. Over time, that changed, but watching our National team matches or the Canadian Premier League was cumbersome. My dad, who’s a massive soccer fan, can now flick on his TV and catch all the Canadian national teams, CPL and more. My father will be happy, but perhaps more exciting than the men’s side of the sport, and as a father of a young daughter, it will be wonderful to see the women’s game have a true home on TV. A place where amazing, talented athletes can inspire the next generation of Women’s national team players. It’s an exciting day all around for soccer in Canada.”

“Oscar López, CEO of Mediapro Canada, said: “We are immensely excited and proud to be a part of Telus’ portfolio of channels going forward. This partnership with Telus, one of Canada’s ‘big three’ telecoms companies, will allow us to showcase the best of Canadian soccer to new and existing soccer fans across the country at a time when Canadian soccer is reaching new heights. We look forward to deepening our relationship with Telus and further igniting the passion for soccer among all Canadians, from coast to coast”.

Jason Armond, a Telus Optik subscriber, is one of those fans who passion for the sport has continued through OneSoccer’s show: “The fastest growing sport in Canada needs fans and fans need to watch the games. With OneSoccer producing top-tier content, it’s never been easier to be a fan of the beautiful game in Canada and follow your local team to victory. Having access to OneSoccer through traditional cable packages will mean growing the sport like never before.”

Some of those fans will be Sarah and her 15-year-old son Henry who, in particular, cannot wait to watch more of Canada’s Gold medallists. Sarah told CanPL.ca: “We are very excited about this channel! It is hard to see women’s soccer outside the Olympics and World Cup – we’ll be able to follow our medal winners. It will also inspire young girls, now able to watch not only the national team but provincial leagues as well.”

Watch three Canadian Championship Quarter-Finals live on OneSoccer, starting at 5pm ET on Wednesday as HFX Wanderers of the Canadian Premier League host Major League Soccer side CF Montreal. At 730pm ET, Toronto FC take on York United and at 10pm ET the fourth spot in this year’s semi finals will be secured when Cavalry FC take on Pacific FC in a battle between the top two teams currently in the 2021 Canadian Premier League.