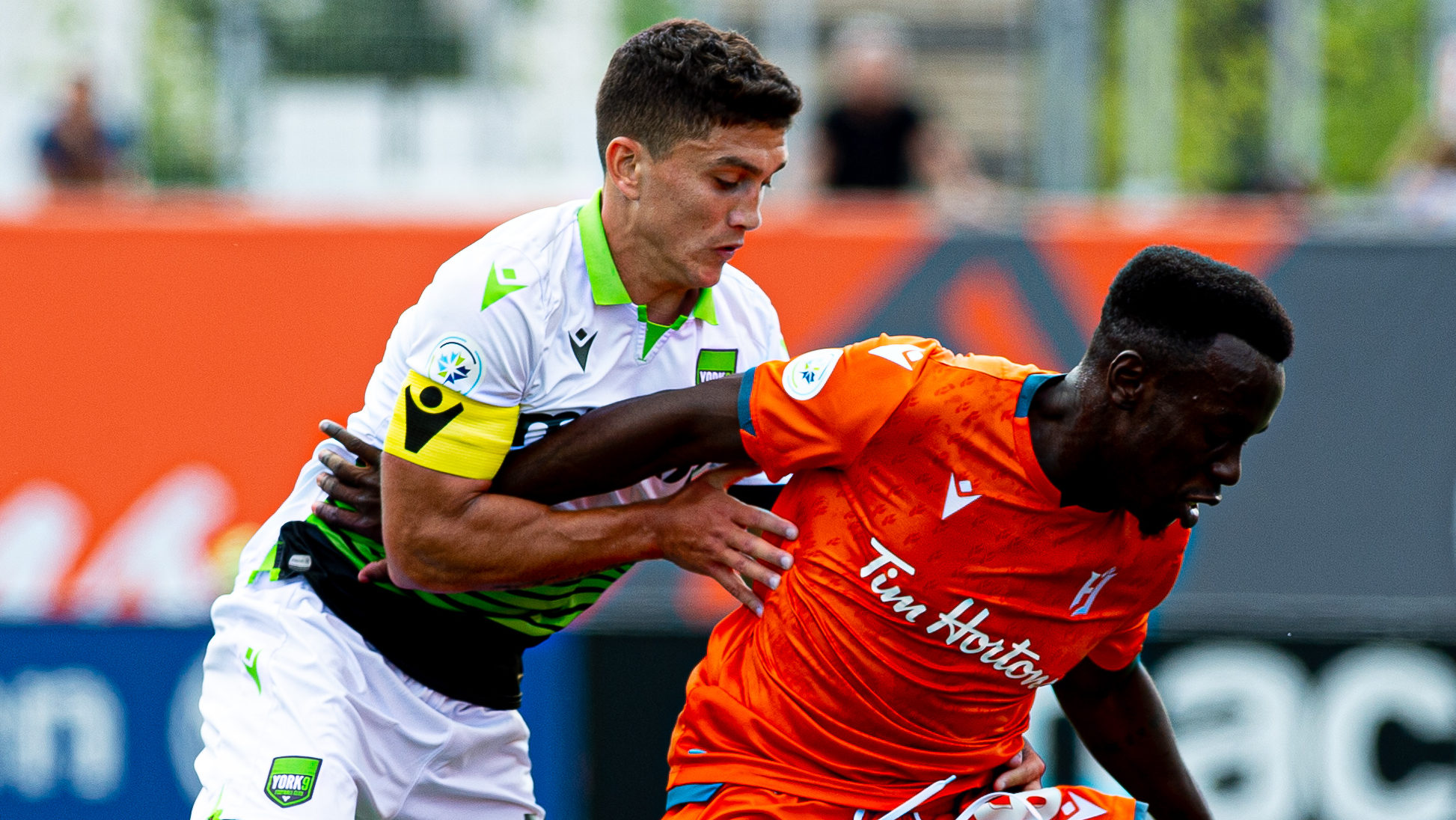 The Canadian Premier League released its 2020 regular season schedule on Friday, while also revealing a switch from a split-season to a single-table format, as well as as three-team playoff system.

The new campaign gets underway on April 11 and concludes on October 4 with plenty of action in between, including a busy Canada Day, when all eight teams will be in action.

Atlético Ottawa coming into the league means a balanced schedule for 2020, with each club playing each other four times.

All eight CPL teams will play 28 matches in total (14 home and 14 away), leading to what will hopefully be an eventful 2020 campaign.

Here are 10 matches to mark on your calendars.

For the second year in a row, the CPL season kicks off in Steeltown with a marquee matchup. In 2019, the league’s inaugural game was quite the spectacle, with Forge FC and York9 FC playing to a memorable 1-1 draw before 17,611 fans on a sunny and crisp afternoon at Tim Hortons Field.

This time around, Forge welcomes Cavalry FC to Hamilton on opening day in a rematch of Finals 2019. These two sides had the best rivalry in the league last year, so what better way to kick off the new season than having them square off.

HFX begins 2020 with a pair of road games before making its home debut in late April. Their opponents? None other than the new kid on the block, Atlético Ottawa. The team from the nation’s capital will make its league debut the prior weekend away to Forge, but this will be their first long-distance road trip, and it’ll be interesting to see how they cope with the electric gameday atmosphere in Halifax.

One of the biggest off-season moves saw Marco Bustos leave Valour FC and sign with Pacific FC. This game in late April marks the first time that Bustos will face his former club. You just know that Rob Gale and his side would love nothing more than to march into Westhills Stadium and hand Bustos and Pacific a loss.

Atlético will play four road games (in three provinces) to begin the season before returning to Ottawa and hosting HFX in their home opener. Anticipation will be running high in the nation’s capital for Atlético’s home debut, especially after a wild winter that saw the Fury close its doors and Club Atlético de Madrid swoop in to bring pro soccer back to the city.

Valour FC vs. HFX Wanderers FC, May 29 at IG Field

Like Marco Bustos, Louis Béland-Goyette decided to leave Valour FC this off-season, only he decided to start anew on the East Coast. Béland-Goyette was a key player for Valour and one of the best midfielders in the CPL in 2019, scoring one goal and tallying three assists in 21 appearances. HFX’s visit to Winnipeg in late May will mark his return to the city for the first time since leaving Valour. What kind of response will he get from fans at IG Field upon his return?

RELATED READING: Single-table, playoff soccer has come to the CPL – and it’s beautiful

We have to wait two months before the first 905 Derby of the season takes place in late June. Forge’s last visit to York Lions Stadium didn’t go so well, as they dropped a 4-0 decision to the Nine Stripes on the second-last matchday of the season. Yes, Forge went on to win Finals 2019 and hoist the North Star Shield. But don’t think for one second that Bobby Smyrniotis has forgotten about that stinging road loss to Y9 last October.

All eight CPL teams will be in action on Canada Day, but all eyes will be on ATCO Field for the second installment of Al Classico of 2020. Last year, Cavalry dominated the series against their provincial rivals, winning four of five games with one draw. Can FCE spoil Cavalry’s Canada Day celebrations with its first win at ATCO Field?

The memory of September 2, 2019 still haunts Valour FC. On that day, Cavalry FC marched into IG Field and trounced Rob Gale’s side 8-0, setting a record (that likely won’t be broken for a long time) for the heaviest defeat in league history. Eleven months after inflicting that humiliation, Cavalry returns to the scene of the crime in early August for the first time, looking to pull one over on Valour again.

The last 905 Derby of the season takes place during the dog days of summer and just as the regular season prepares to enter the final stretch. If all goes to plan, both clubs will be fighting it out for positioning near the top of the table, so this match could have big playoff implications.

The final day of the season sees four matches taking place at the same time, including Forge welcoming Cavalry back to Tim Hortons Field for the second time in 2020. If all goes to plan under the single-table and playoff format introduced by the league, there could be plenty to play for on Oct. 4 – whether it’s a playoff spot, or a first-place finish and a bye into Finals 2020 that comes with it.