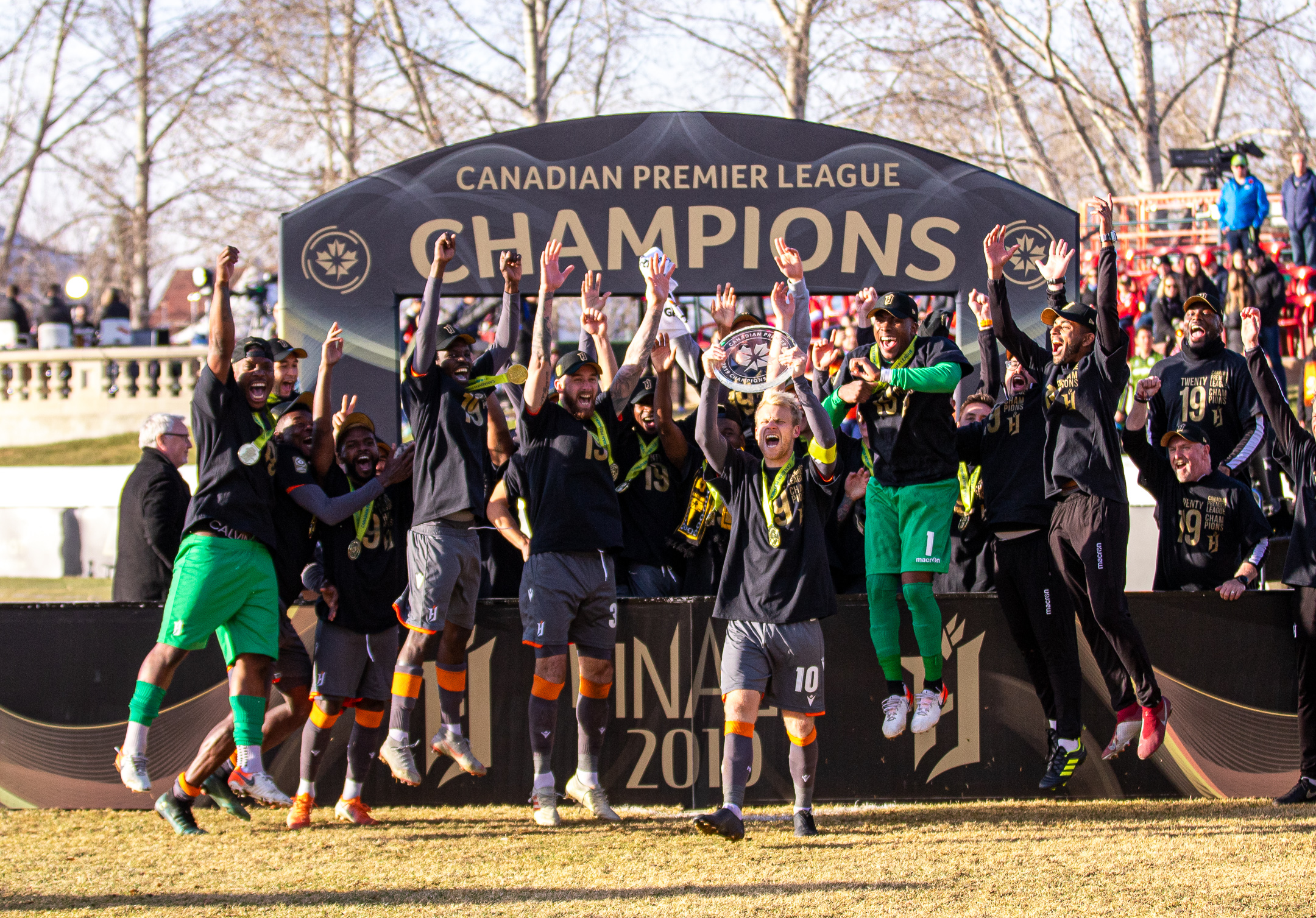 Big changes are coming to the Canadian Premier League.

The CPL announced on Friday that the 2020 regular season will have a new look and format compared to 2019, thanks to Atlético Ottawa entering the fray as the league’s first expansion franchise and eighth club.

A balanced schedule of 28 total matches per team – that’s 14 home and 14 away games each – sees the CPL transition away from the Spring and Fall split-season system used last year, and switching to a more traditional single-table format. The team that finishes first in the overall standings at the end of the regular season qualifies for Finals 2020.

“The process around single-table was that we were challenged by our supporters and fans to look at different ways to look at the league, and by media guys, too, for what we could do differently,” CPL Commissioner David Clanachan told CanPL.ca.

“When we went back and looked at what happened last year, we realized that more clubs could stay in the hunt for a longer period of time in a single table. Granted, it won’t always work that way, but that’s okay – that’s football. But, we think this is something the clubs will get into, especially with an eighth club coming in.”

Another big change for 2020 sees the introduction of a playoff match-up at the conclusion of the regular season between the second- and third-place teams in the overall standings. That playoff will determine who advances to the league’s championship final.

“The idea of more clubs staying in it ’til the death is an awesome opportunity to keep everyone hyped,” Clanachan offered. “Three teams out of eight for a playoff means we’re not at 50 per cent, which some might say is too much for our league, but the reality is there’s twice as many teams in the playoff this year. It ups the ante, and you’re never really out of it.”

The 2020 CPL season begins on April 11 and concludes on October 4. That’s an earlier start and finish compared to 2019.

Kicking things off? You guessed it! Forge FC hosts Cavalry FC at Tim Hortons Field in a rematch of Finals 2019 and a rekindling of the CPL’s best series – the two sides met in nine spirited bouts across all competitions last year, building up a rivalry that remains unmatched in the league.

The 2020 season will also see teams play Friday night football for the first time, with no mid-week games taking place in non-summer months.

York9 FC in particular will host plenty of Friday night encounters at York Lions Stadium, giving fans in York Region a unique end-of-week footballing experience close to home, without the need for a long commute or a clash of schedule with other professional outfits such as Toronto FC.

“You hear what fans say online and from a social media perspective, and you hear comments made when you talk to people, and as a new and young league, you have to constantly be listening,” Clanachan said. “Listening to our fans is extremely important. So, when supporters say midweek games in the winter or early spring are tough on us and the kids and the family, we listen.

“But, we also want to find ways to create traditions,” Clanachan added. “When I grew up, when I was a young lad, my grandfather took me to games, and it was always a Saturday afternoon. We, in this country, as we build this new league and the game here, we need to find ways to help supporters create their own traditions. The idea around Friday night does that. It’s always going to be a good night out.”

Two more important dates to circle on your calendar? Canada Day, July 1, will be a celebration of Canadian soccer, with all eight CPL teams in action on a matchday filled to the brim with local talent on full display.

“These are the days where we can really create traditions, where years later, you can continue that tradition with your own tradition, and you reminisce about the days you used to go, too,” Clanachan said. “Ours is the kind of sport that is absolutely made to be handed down from generation to generation.”

All eight CPL teams will play simultaneously on October 4, rounding out the regular season campaign with one last hurrah – and, possibly, one final playoff push – before attentions turn to Finals 2020.

This new balanced schedule does more than simplify the actual playing of a regular season campaign; it also reduces travel times and distances among teams, and allows for more rest in between, helping mitigate some of the uniquely Canadian obstacles that existed in 2019.

Last season, the league format saw the season split into two distinct halves, with a 10-match Spring season and an 18-match Fall campaign – Cavalry dominated, winning both and booking their spot in Finals 2019. Forge joined them as the natural overall second-placed side, and would go on to defeat the Cavs over two legs to claim the North Star Shield.

Now, each team will play each other four times throughout the campaign – two home, two away, barring Canadian Championship or playoffs and finals appearances – giving each outfit a well-rounded try at each of their opponents, too. That means four Al Classicos for FC Edmonton and Cavalry to contend, four 905 Derbies for York and Forge to battle through, and four cross-country bouts between HFX Wanderers FC and Pacific FC to enjoy in 2020.

So, with more meaningful competition, Clanachan issued a new challenge to the CPL’s players for the 2020 season:

“We can do everything in our power to encourage through the league office, but in the end of the day, we’re all here for the players. They’re the people who have to deliver day-in and day-out. So, my challenge to the players is to do your best, and be the best professionals you can be, because athletes? They’re skilled tradesman. I mean that in the highest light. They choose to be professionals, so be a master tradesman. Be a master at your trade.

“That means on the pitch, off the pitch, mentally, and in the way you engage with supporters, and understanding the impact you have on the game in Canada. It’s within you. You can do something great here.”

Renew your OneSoccer subscription and stay up-to-date on all things CPL by visiting OneSoccer.ca.