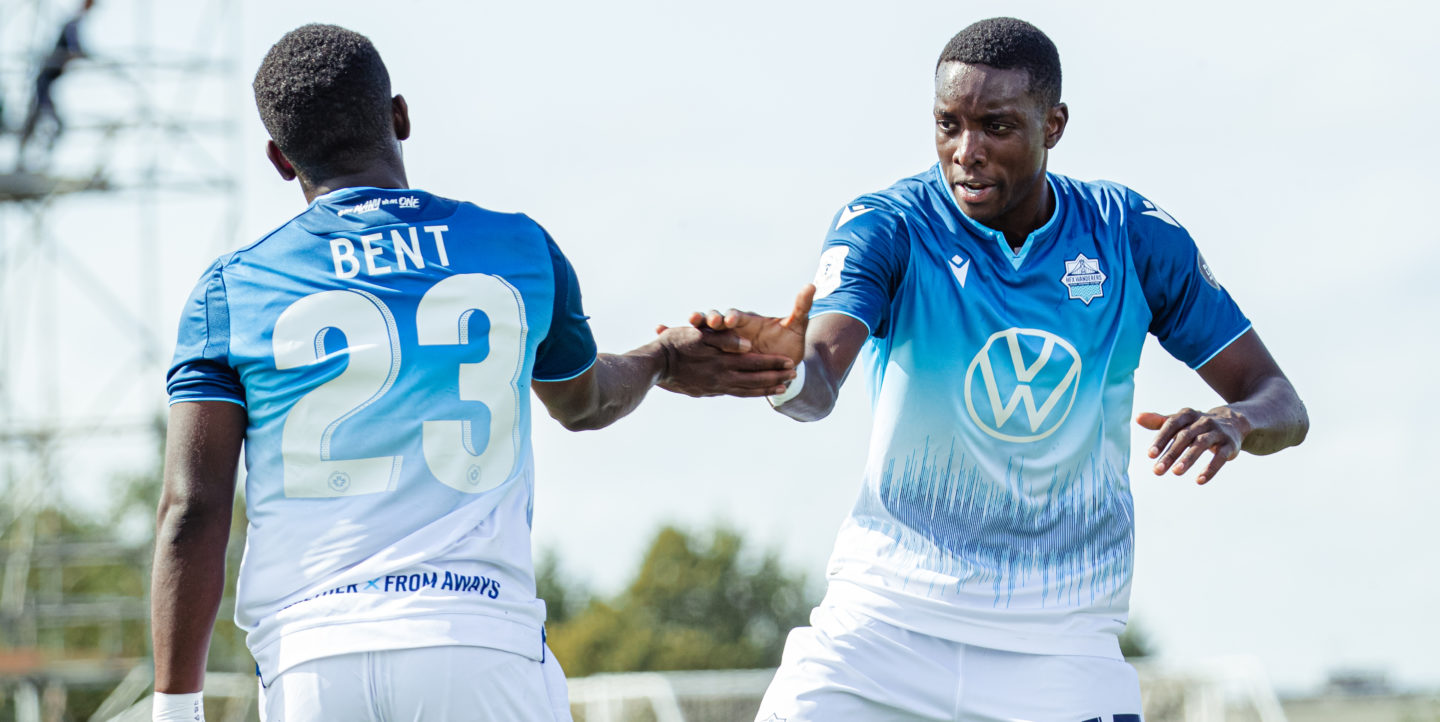 For the second year in a row, the Canadian Premier League will begin its season in a single location, with all eight clubs sequestered together due to the COVID-19 pandemic.

The league announced The Kickoff on Saturday night, which will see clubs travel to Winnipeg, where they’ll start the season in a bubble environment. Each club will play eight games to get the season underway, with the first matches being played on June 26th. The goal is for clubs to return to their home markets to continue the season when the bubble wraps up on July 24.

The format of the 2021 season is very different from the truncated competition that was the 2020 campaign, but there will be plenty of similarities; there’s a lot that teams will have learned last year that they can carry with them into the start of this season.

“This is probably, and I told the guys this, the most challenging football experience you’ll go through in your lives,” Forge FC coach Bobby Smyrniotis said just minutes after his side won the North Star Shield in PEI.

Here are just a few things CPL clubs might have picked up from their Island Games experience that will be useful this time around.

RELATED READING: CPL season to begin June 26 with single-site format in Winnipeg || Off-season roster tracker: Who’s in and who’s out for 2021? || Commissioner Clanachan Q&A: Return to fans, choosing Winnipeg for The Kickoff, CPL’s ‘flexibility’ in face of COVID-19

Survival of the fittest

With games coming thick and fast after a long off-season, whoever hits the ground running will have an advantage. Clubs will likely have a short turnaround between matches, and few opportunities to rest and recover.

In 2020, certain teams were dealt a crueler hand with regard to injuries than others — Cavalry FC had a very rough go of it, with their attack and midfield both decimated by the end of the second round, as did Valour FC and York9 (now York United). CPL Final contestants Forge and HFX Wanderers, on the other hand, were fortunate enough to be relatively healthy the whole way through, and to their credit, they capitalized superbly.

Forge entered the Island Games in full force, and they steadily improved as the competition went on rather than fade due to fatigue. Teams headed to begin the 2021 CPL season may need to think further ahead and ensure they’re ready to maintain a level over a long campaign but maximizing training sessions while recovering well between matches will be crucial in the bubble.

Some clubs may, of course, enter the campaign sharper than others by virtue of having been able to train for longer, but after a few games, the playing field should even out as teams approach match rhythm together.

At the Island Games, Forge was able to play a different front three in every game, rolling with the punches tremendously. The Wanderers had a regular cast of attackers — Cory Bent or Ibrahima Sanoh, for instance — who were able to inject life into the side as fresh legs late in games.

A deep squad helps teams adapt to injuries and fatigue from game to game, of course, but we’ve seen in the CPL that matches can change in the blink of an eye, even in the last 10 minutes. Having an impact player who can enter to change the pace of things and, perhaps, be the catalyst his side needs to find a goal.

Some teams leaned on their bench more than others in 2020 — Atlético Ottawa struggled for their lack of depth, and Pacific typically relied more on their starting attackers, although Zach Verhoven was dynamic in the super-sub role a few times.

Learn to be versatile

When every team is sequestered together, they get quite familiar with one another. Familiarity with an opponent can sometimes breed suffocating football, unless coaches get innovative — which, hopefully, most of them will.

Bobby Smyrniotis admitted as much after the Island Games last year:

“When you’re scouting teams and you’re able to see them so often, you start to pick up on their tendencies,” he told CanPL.ca. “If you don’t switch something, sometimes you also become very predictable. What we did in that second round was, in a couple of games and in the Final, we just changed things a little bit to make our opponent a lot more uncomfortable.”

Any team that can successfully change up its tactics or throw a curveball at an opponent is sure to have success against the CPL foes that will have seen so much of them. When every team is bubbled together in one place, the one that can set itself apart from the others with its versatility and flexibility will most likely come out on top.

It’ll be a longer season, so establishing a regular identity is important as well, but having a few tricks in the bag never hurts.

This advice is perhaps more for CPL teams this season in general rather than specifically for the single-site kickoff, but nonetheless: Trust the kids, guys.

With the CPL’s U-21 minutes threshold increasing to 1,500 for 2021, having young players who can comfortably appear in your starting 11 is important. Over a long season, young players can often shine when given an opportunity, which they will probably get with games packed in tightly and squad depth stretched.

Talented, energetic young players hungry for an opportunity after so many months away from competitive matches could be the spark every team needs. Certainly, everybody will be fired up for a return to play after a long winter, but the players just beginning their careers are eager to get their development back on track, having missed out significantly during the pandemic.

CPL teams in the past have found wonderful contributions from young players — Mo Farsi was brilliant for Cavalry in 2020, and Pacific’s young core in 2019 helped them shatter the U-21 minutes threshold extremely early. Some teams, like Cavalry and York United, have gotten a lot younger in 2021, so look for them to come out of the gates with energy.