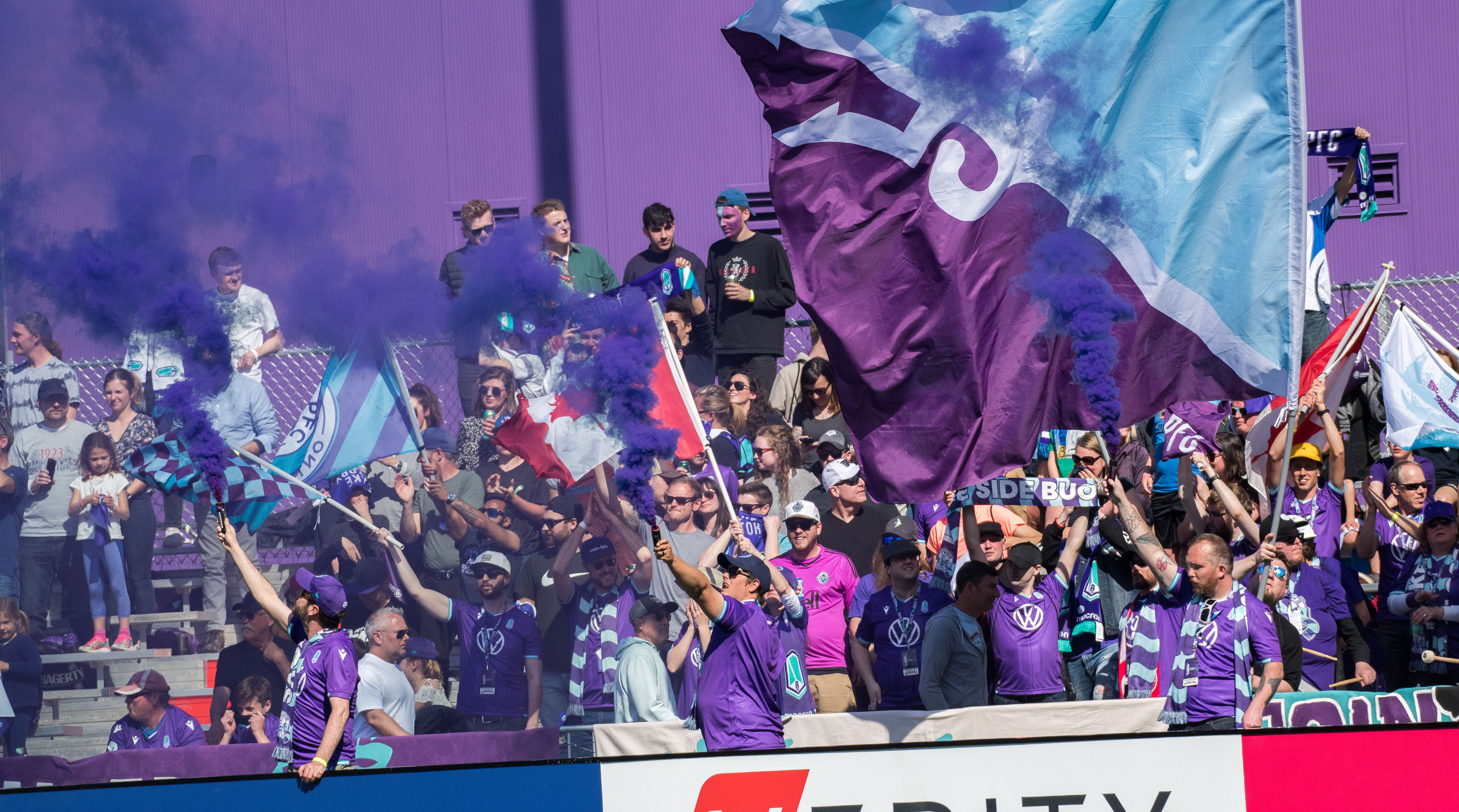 After months and months of build-up and a massive turnout of around 18,000 fans at Tim Hortons Field, alongside a packed house at Westhills Stadium, the first weekend of Canadian Premier League soccer has now wrapped up, with Forge FC equalizing late against York9 FC to end the inaugural day with a 1-1 draw, and Pacific FC edging HFX Wanderers FC 1-0 to earn the first win in league history.

Months of speculation now turns, instead, to match analysis – and while it’s still early days, here are five things we learned about the CPL teams in action after the final whistle on Sunday evening.

Try as we might to brand Pacific FC’s trio of Issey Nakajima-Farran, Marcus Haber, and Ben Fisk as some sort of attacking trident – keeping, of course, in tune with the club’s Poseidon-inspired – Michael Silberbauer wasn’t have any of it.

Instead, the Danish tactician finally allowed us all a glimpse into his notebook by trotting out a 4-4-2 of sorts, placing Haber up top alongside Victor Blasco, and pushing Fisk out wide on rotating wing duty with Noah Verhoeven. And, while it’s not quite as unconventional as York9’s 3-4-1-2, Silberbauer’s tactics paid off, with Pacific FC on the front foot for much of the team’s first 90 minutes of CPL soccer.

It’s up to the rest of the league’s head coaches to now pick apart the shapes and spaces to exploit, but regardless of what they find when reviewing the game tape, one universal truth remains – Pacific FC is now top of the table.

Much of the talk ahead of the match was of Forge FC being favourites on the day – and, in truth, for the season, as Bobby Smyrniotis assembled what looked like a strong, well-oiled machine on paper.

But an early goal, coupled with resolute defending from a still-young-and-unfamiliar backline showed clearly that Jimmy Brennan’s side will not be walked over, or forgotten.

Goalkeeper Nathan Ingham made save after game-changing save, and while he was a touch fortuitous on Tristan Borges’ crossbar-smacking effort, credit must go where it’s due – having faced six shots on target to their sole effort, York9 FC’s backline held steady long enough to secure a point in a tough environment, all while facing the pressure of this moment in history.

Juan Diego Gutierrez looked lively in midfield; Akeem Garcia was a handful throughout the 90 minutes out wide and when roaming around up top; in every way, the Wanderers’ attacking line looked ready to exploit Pacific FC’s backline, especially after Lukas MacNaughton picked up a red card in the second half. However, HFX striker Tomasz Skublak was forced to exit the match near the hour mark, changing the Wanderers’ attacking complexion right before they could exploit that man advantage.

In truth, Skublak ought to be the player Hart turns to from off the bench, but credit to the 21-year-old striker who came out of the University of South Florida, who still combined well with his teammates, and held up the play when he could. Still, HFX was lacking the sort of finishing – or, at the very least, the key passes up top – needed to truly test Pacific FC’s backline.

Luis Alberto Perea is still an unknown quality, but early indications from HFX camp suggest he and Gutierrez are Hart’s preferred duo up top, precisely because the 32-year-old Colombian striker offers those crafty and complex attacking traits. They were lacking on Sunday, when it mattered most.

And, while Nanco’s smart runs down the left flank weren’t exactly met with the sort of sharpness in front of goal that Smyrniotis will have wanted, the fact that his team was able to maneuver around York9 with as much efficiency and poise as they did still indicates that there’s something special in the works within his ranks.

If Forge FC’s attacking movements can tighten up such that these players can begin to connect on key passes a little more frequently, the Hammer won’t be kept off the scoresheet to 1-1 draws on days like this for much longer.

The Canadian Premier League is here to stay

It would be unbecoming of the week that was not to mention the tremendous support on offer in Hamilton and in Langford.

Barton St. Battalion? Yup. The brought it. With flags and banners and noise (and songs!) the boys clad in black-and-yellow were a presence throughout 90 minutes in their home stands. As for Generation IX and the rest of the travelling Nine Stripes throng? They boasted healthy numbers, too, filling the stadium with cheer just three minutes in as their boy Ryan Telfer scored the very first goal in Canadian Premier League history.

Over on the west coast? The Lake Side Buoys were in full voice as they watched Pacific FC defeat HFX Wanderers FC 1-0, and were thus the first supporters group to celebrate a victory in the Canadian Premier League.

Say what you will about the quality on the field – which in this writer’s view, was at an admirable level, with a promise only to increase as the weeks roll on – but in the stands? That was as first-class a Canadian soccer match as any.

The Canadian Premier League is here to stay. It’s ours, and Canada is ready for it.