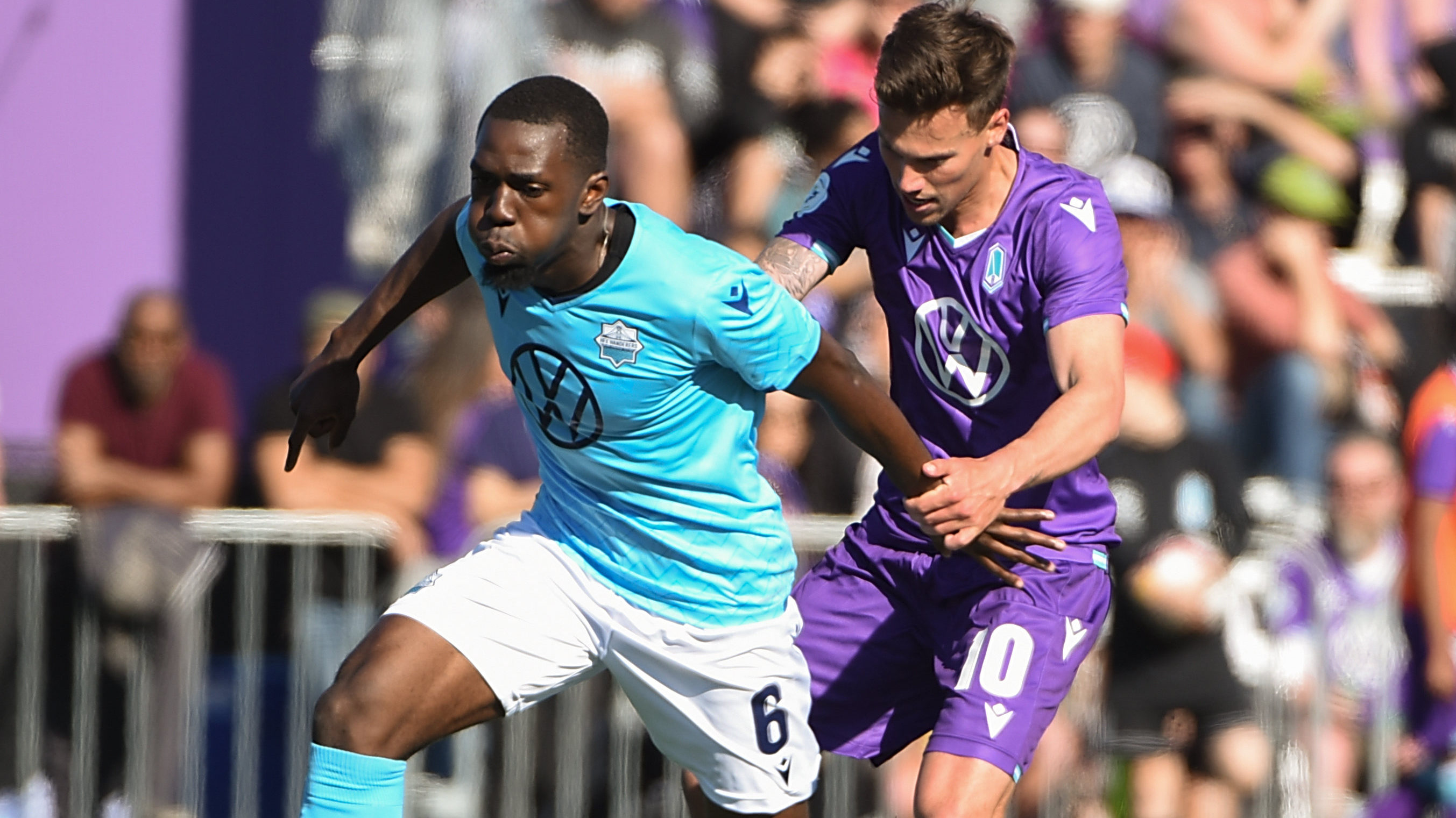 The Canadian Premier League has officially launched, with all seven teams having now made their league debut after two weekends’ worth of action. There are actual points earned on the table now, teams no longer exist solely in a theoretical state, and, as such, the endlessly-fascinating world of player breakdowns and analysis can finally begin, too.

Pacific FC defender Hendrik Starostzik tops the Volkswagen Premier Performer leaderboard, and there were many other standout players to mention – goal scorers, defensive stalwarts, heroic goalkeepers, all offering plenty of talking points across the country from the first six matches of the season.

So, with that in mind, here are five players who stood out to CPL Editorial in the league’s opening stanza:

One of many Sigma FC alumni at Forge, Thomas’ soft-spoken demeanour may not lend itself to the sort of star power one might expect, though in these early days, you couldn’t fault him for developing a bit of braggadocio, either – both of his goals were excellently-crafted efforts, with his first, a deliciously-hit curling finesse shot against York9, and his second, a smartly-timed slide-and-hit run onto a low pass against the Wanderers.

An ever-present attacking threat throughout 167 minutes of play, Fisk turned heads against HFX Wanderers and Valour not just because of his instinct going forward, but because of his work-rate coming back to help his midfield restore possession. He leads his team in recoveries from the front line with 14, of which 10 came against a Valour team with plenty of bodies across that midriff.

That he tested both Jan-Michael Williams of HFX and Tyson Farago of Valour only adds to his early resume – a goal or an assist eluded him, but a pair of created chances against Valour help his case.

No goalkeeper has been busier than York9’s Nathan Ingham. The 25-year-old net-minder has been forced into making a number of key saves – 11, to be exact, over 180 minutes – and has also faced the toughest barrage from his opposition, 38 in total against Forge and Cavalry. That’s 11 more than Tyson Farago had to deal with against HFX and Pacific, with the Valour ‘keeper making just six saves in the same amount of time.

While Ingham hasn’t kept a clean sheet just yet, he single-handedly kept the score level against Forge FC in the inaugural match, a feat that’s made doubly impressive when considering the weight of the moment – and the quality of the players – in front of him.

Like Fisk, Michael Petrasso’s attacking contributions allow the Valour midfielder-turned-forward to pass the initial eye test, and the numbers back that claim. Four created chances against Edmonton, including a penalty goal, as well as two shots on goal, sum up the only bright spot in his team’s attack when facing a resilient FC Edmonton over the weekend. One match earlier, away to Pacific? Petrasso shone just as bright, earning an assist on his team’s first goal and creating three chances by himself.

All of this is compounded when considering that Petrasso isn’t a natural forward and is coming to Valour off the back of a season where he was deployed as a right full-back.

A backline is only as good as the sum of its parts, so the man they call “Zoom” owes some credit to his equally-impressive teammates Chrisnovic N’Sa and Peter Schaale beside him, but with 18 tackles, 5 clearances, and one key interception to his name over 180 minutes, coupled with some speedy recoveries, Langwa emerged as a standout for the Wanderers from the backline. A marauding fullback can also define success by how much of a nuisance he can be for his opponents, and in that regard, Langwa demonstrated a penchant for going forward and helping out in the attack, further cementing his spot in this early-season list.