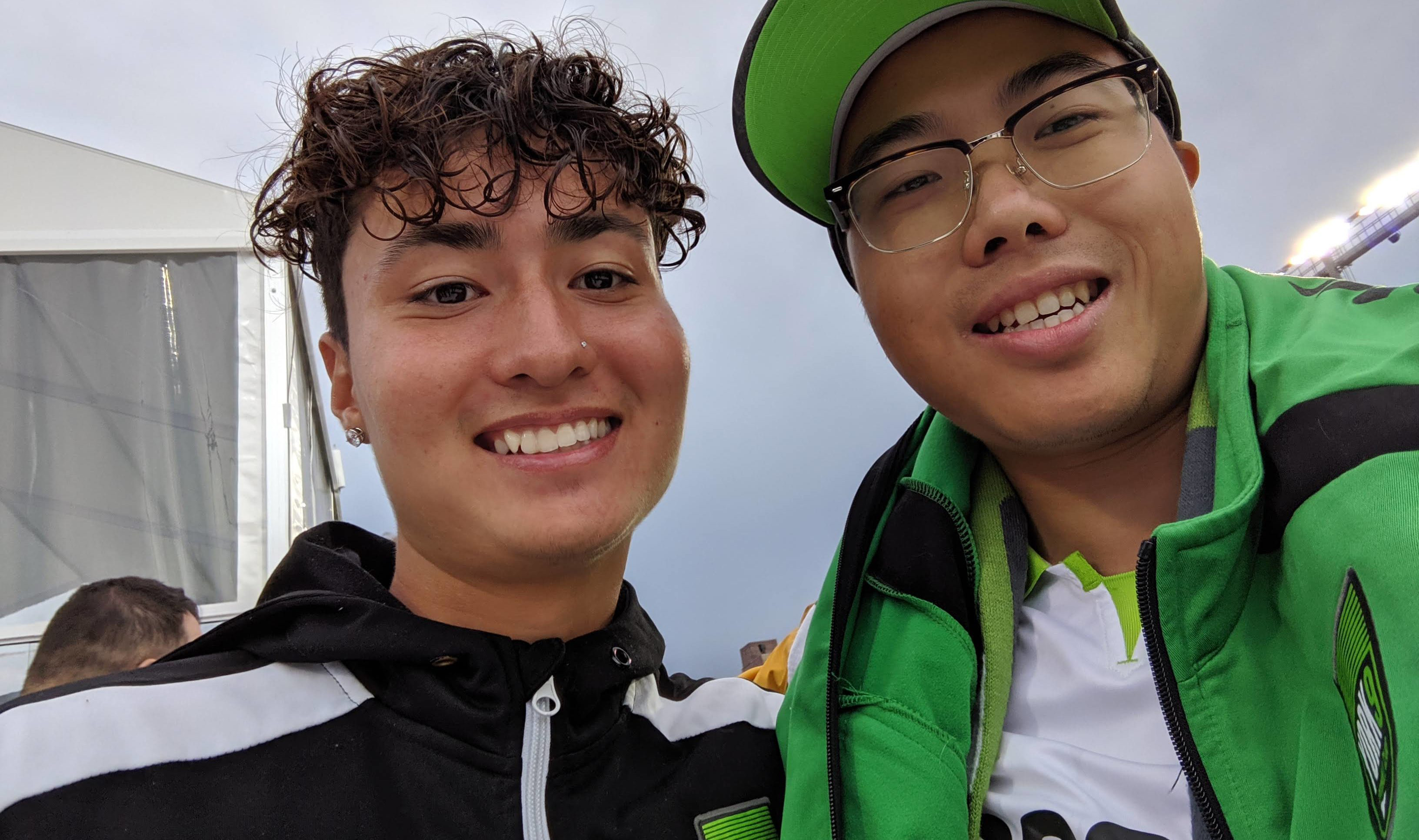 Who has committed 2,000 hours of their time to Canadian soccer?

Edward Hon-Sing Wong isn’t a soccer hero in this country (a “keyboard hero,” maybe), but his significant contributions to the game are certainly worth noting.

Long before Football Manager announced the addition of the Canadian Premier League to its flagship soccer simulation series this week, there was Wong, a York University PhD student with a passion for Canadian soccer  and a love for one of the biggest soccer games in the world. Wong was adamant about adding the league to his beloved football simulation game last year via a user-created add-on – something gamers could implement to manage, make transfers and create tactics for a Canadian Premier League club.

Over 2,000 hours later, Wong finished creating the “Canadian Megapatch”: a hyper-realistic, fan-created Canadian world inside the best-selling sports video game for PC and Mac. Sports Interactive – the development studio behind Football Manager – picked up the league for the 2020 season, bringing the CPL to the millions of players around the world.

“I spent more time in the editor than playing the game itself,” Wong laughed after learning of CPL’s official involvement in FM 20. “I’m excited to focus more on researching the players rather than getting the in-game rules to work.”

His modification allowed for thousands of curious gamers from around the world to be introduced to the CPL. Many gamers became aware of clubs such as Pacific FC and Forge FC, and also its players. Wong believes he has created more than 1,000 Canadian players as part of his passion project.

“Adding players has been the most time consuming but, in a way, I find it’s the most rewarding. For me, football is about the storytelling and the human aspect. Learning about people honing their craft of football and developing in the sport,” Wong said.

“It’s a big reason I did this mod to learn about these players.”

Football Manager offers an Editor application in every edition of the game, giving users a chance to create and modify whatever they please. Want to create a Messi-like Canadian wonder-kid at FC Edmonton? You can do that. Establish an eight-team professional league in Greenland with average attendances of over 100,000? You can do that, too.

But that level of detail is immense and sometimes overwhelming. Despite this, Wong was determined to give Canadian players proper profiles: where they played previously, accurate positions, and correct personal information.

“One of the most time-consuming aspects is the idea that Canadian players for so long have not had a platform to showcase their talents,” Wong said

“Really, there’s so little information out there on these players. I’ll rely on U SPORTS information on university websites. But generally it’s hard to find.”

What gamers can expect in Football Manager’s official release is yet to be seen. But, like any simulation, it can’t be perfect. Wong recounts how many youth players hold the surnames of famous Canadian footballers such as De Rosario, Hutchinson, or Davies. Imagine a youth player coming through the ranks named Alphonso De Rosario?

“Michael Silberbauer is sometimes sacked in the first year, it can be realistic like that,” Wong said. “Then you see Maradona take it on. That’s one that stands out consistently. I don’t know why.”

Moving forward, Wong will be part of Football Manager’s worldwide network of scouts as York9 FC’s official corespondent. Wong, who is often recognized at CPL matches as “the Football Manager guy,” sees the patch becoming “even nerdier” as an added experience for Canadians looking for everything from accurate League1 Ontario rosters to entire USPORTS coaching staffs properly named.

Another way to promote Canadian players – if only virtually.

“It’s always fun going to CPL games and having people recognize me, saying they download the game just to play my patch,” Wong said.

“Initially I made this thing for myself. Sports have always been about storytelling and the human element. I saw that with Football Manager. It’s a different way to tell stories of the sport.”