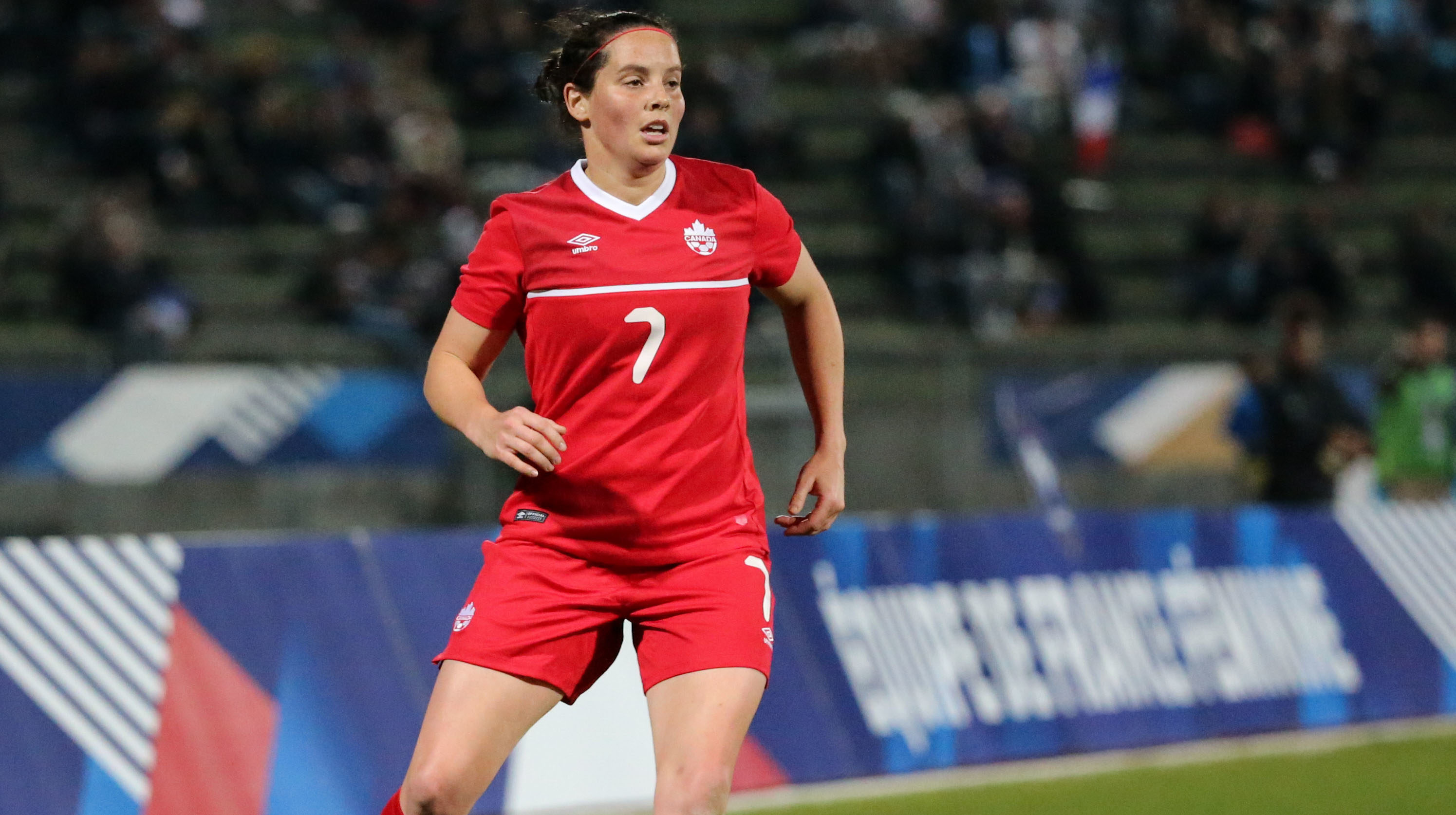 One of Canadian women’s soccer’s most loyal servants is stepping away from the program.

Former national team star Rhian Wilkinson announced on Friday that she is leaving her role as coach of Canada’s U-20 and U-17 teams, and her job as assistant coach of the senior women’s team.

Wilkinson, a 38-year-old native of Quebec, was hired as Canada’s youth team coach in August 2019, and also served as an assistant on the senior team under former head coach Kenneth Heiner-Møller, who stepped down from his post last summer.

Wilkinson posted the following message on her Twitter account, explaining her decision to leave the national team setup:

As a player, Wilkinson played 15 years for the Canadian women’s side, making her debut in 2003 in a friendly against the United States. She went on to collect 181 caps (150 as a starter), good enough for fourth place in all-time appearances for Canada, behind Christine Sinclair, Diana Matheson and Sophie Schmidt. She also scored seven goals and and tallied 23 assists.

She was part of the Canadian side that won the 2010 Concacaf Women’s Championship, and she helped the Reds win historic back-to-back bronze medals at the 2012 and 2016 Olympics. In total, the former defender saw action in four FIFA Women’s World Cups, and three Olympic tournaments.

Matheson lavished praise upon Wilkinson, posting on Twitter about her former teammate: “Simply one of the greatest. There is no doubt she is headed for some incredible things, and I for one can’t wait to see what she does next.”

“Canada Soccer would like to thank Rhian for her many years of dedication and commitment to our women’s national team program as both a player and staff member,” newly-elected Canada Soccer President Nick Bontis said in a media release.