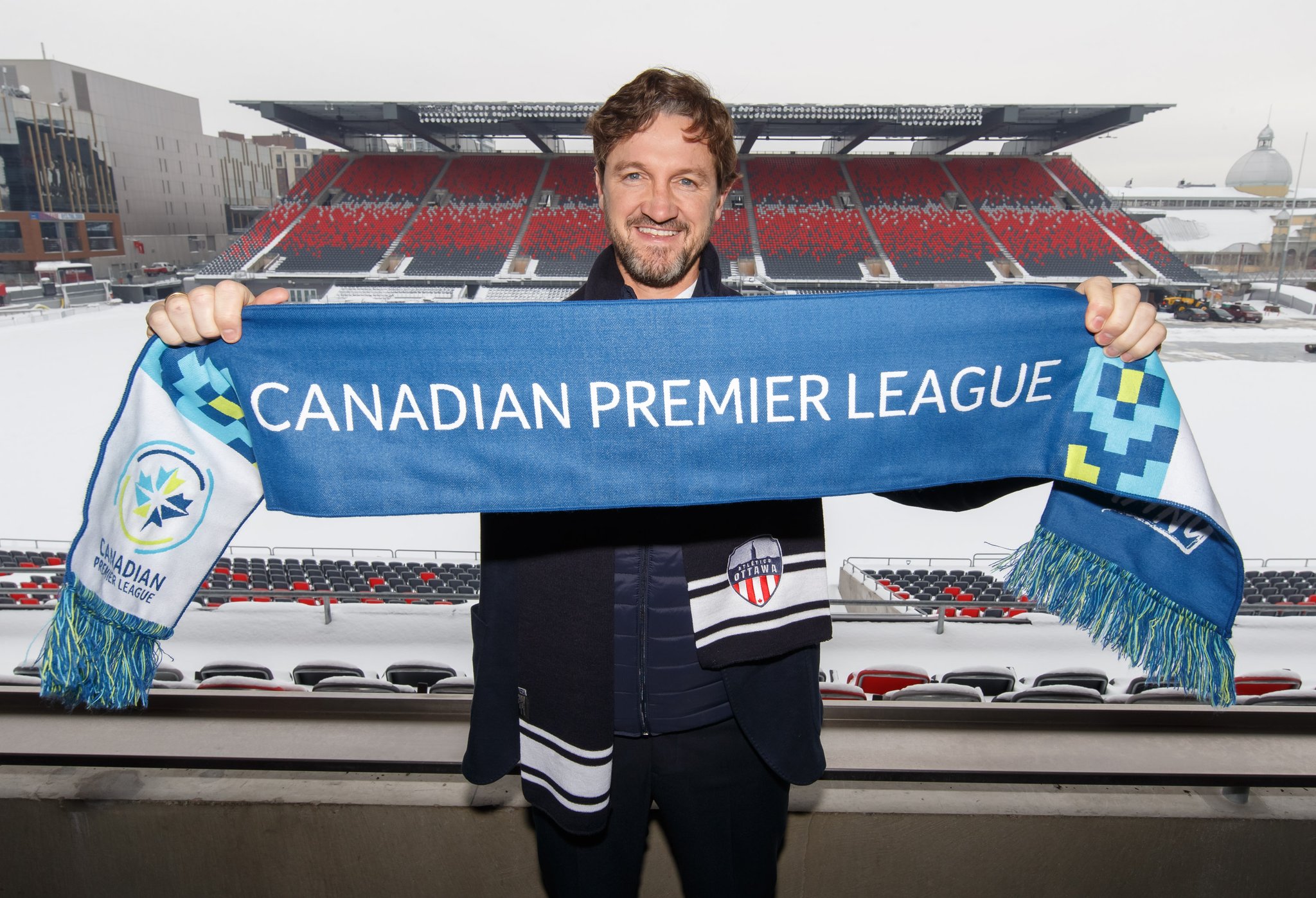 If the Canadian Premier League comes back next month, as Commissioner David Clanachan recently hinted at, its newest club will need a striker.

Thus far, Atlético Ottawa has 14 players signed to its roster – a figure stunted by COVID-19’s hold on the footballing world, including on the CPL’s first expansion team.

However, Atlético Ottawa CEO Fernando Lopez revealed the club’s first forward signing is not far off, suggesting the announcement of an unnamed Canadian striker in the coming days – one of “five or more” players that Ottawa is ready to officially sign.

“I’m not going to say all that’s left is a signature, but we’re in advanced talks with five or so players – all that’s left is the formal offer,” Lopez told CanPL.ca. “This is our biggest secret – we’re working behind the curtains.

“As a CEO, I think we have been making good progress in the background. We’re just waiting to close all the details once we know what will happen next.”

Ottawa’s greatest squad-building obstacle is the 2020 CPL campaign itself, Lopez explained, because recruiting players for a yet-to-be-confirmed season is a difficult task.

“When you touch base with players and agents, it’s fair to have the proper conversation with all the details. It’s unfair to approach players and say ‘hey, come play with us’ when we don’t know when we’ll play,” Lopez explained

“We’re waiting to have the confirmation.”

Mista and the Ottawa coaching staff, which began phase two of their return-to-training protocol this week, haven’t been able to have newcomers on trial, nor get them involved in training. That hasn’t stopped Lopez and Atlético Madrid’s scouting network from identifying players, though.

Where these players come from – free agent CPLers, standouts from League1 Ontario or PLSQ, or more from the former Ottawa Fury – is unknown, as Lopez wasn’t tipping his hand.

Looking beyond Ottawa, Lopez is keeping a close eye on developments regarding the reopening of the Canadian border. Two of the club’s international signings, Tevin Shaw and Osah Bernardinho, have remained in their home countries of Ghana and Jamaica respectively since the club’s pre-season stint in Madrid was shuttered back in March.

“I’m more worried about these players than signing the other guys. There is no day that our team is not thinking about them,” Lopez said, recalling the club’s dramatic mid-March departure from Madrid.

“That’s my real worry. We need the family again.”

While Ottawa supporters wait for a CPL season in 2020 to be confirmed, they’ll surely be checking CanPL.ca’s roster tracker to fill in the blanks. Atlético Ottawa will need players across all three lines before play resumes.

“As a CEO, I think we have been making good progress in the background. I hope fans know that,” Lopez said.

“We’re very close to getting the roster finished. We’re waiting for the perfect moment.”