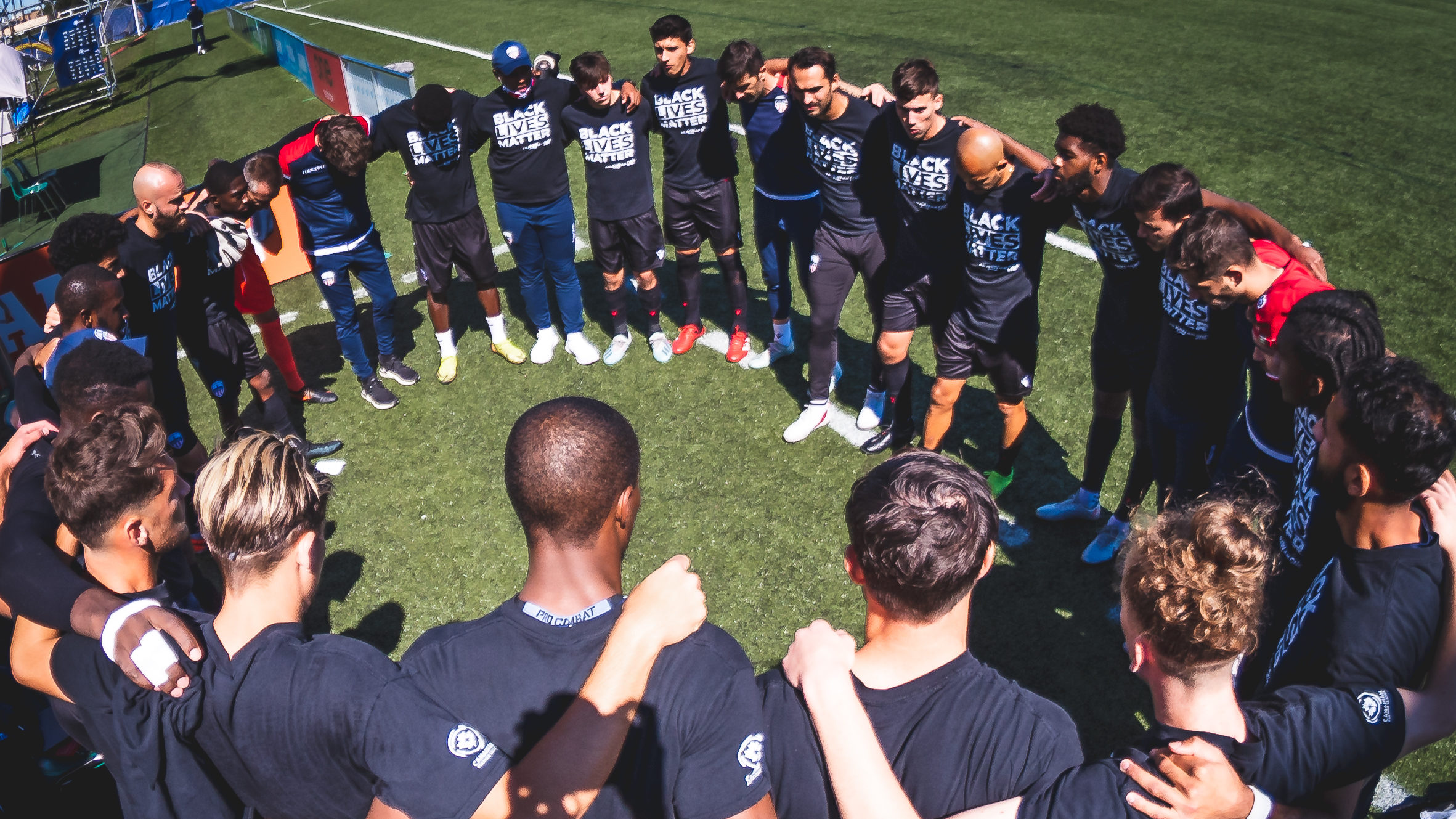 Slow and steady wins the race for Atlético Ottawa.

As the club’s one-year anniversary passes, the Canadian Premier League’s capital city side has been quietly building towards its second-year roster – a much needed pace from the manic way the club’s inaugural 2020 season unfolded.

Ottawa is well behind other CPL teams in terms of player signings, but club CEO Fernando Lopez insists he has a plan. First, it was securing coach Mista for the upcoming season. After that came a series of intense conversations about which players to retain.

“We wanted to do everything with common sense – just take more time,” Lopez told CanPL.ca.

“Last year everything was done so quickly so we wanted to take the time and analyze everything this time around – including the league, the level, everything like that.”

So far, only three players have formally departed the club: goalkeeper Ricky Gomes, attacker Francisco Acuña, and striker Maksym Kowal. Acuña, 32, is by far the most substantial loss, with the Liga MX veteran returning to Mexico to continue his club career.

Ottawa is expected to announce another handful of re-signings in the coming weeks, something that’s by design for Lopez and his team back in Madrid.

“I wanted to keep that momentum for the right time – and that started in the New Year. We will keep announcing our players. We have a few players ready to go,” Lopez said.

It’s no mistake Shaw, John, McKendry, and Neufville were the expansion side’s first re-signings of 2021.

John famously remained in PEI during The Island Games after his father passed away, showing leadership in spades. Lopez said Ottawa considers the 26-year-old one of the CPL’s best centre backs. Shaw, meanwhile, shined as one of the league’s best traditional forwards.

“I remember the first day of training and thinking ‘oh, wow, this guy is different’,” Lopez said. “He takes every step very seriously… He takes care of every single element of his training.”

McKendry received high praise from former Atlético Madrid and Spain forward Mista, who referred to the holding midfielder as “one of the smartest players” he’s ever seen.

Lopez, Mista, and other Ottawa staff members are still in Spain and it is unknown when they will be able return to Canada with COVID-19 travel restrictions continuing. Mista even took part in the 2021 CPL-U SPORTS Draft from Madrid.

The club is currently looking at pre-season camp options, including in Spain, as they work around the CPL’s tentative Victoria Day target date. The club has yet to play a match in Ottawa, where they’re set to make TD Place their home.

“Everyone is excited for pre-season and players are eager to come back, and get involved. People want more of what we are offering,” said Lopez, adding interest in the club from returning players is palpable, specifically those stationed internationally.

“Our Island Games result wasn’t great but we walked away with some real positive impressions from players and fans. People want more of what we were offering.”