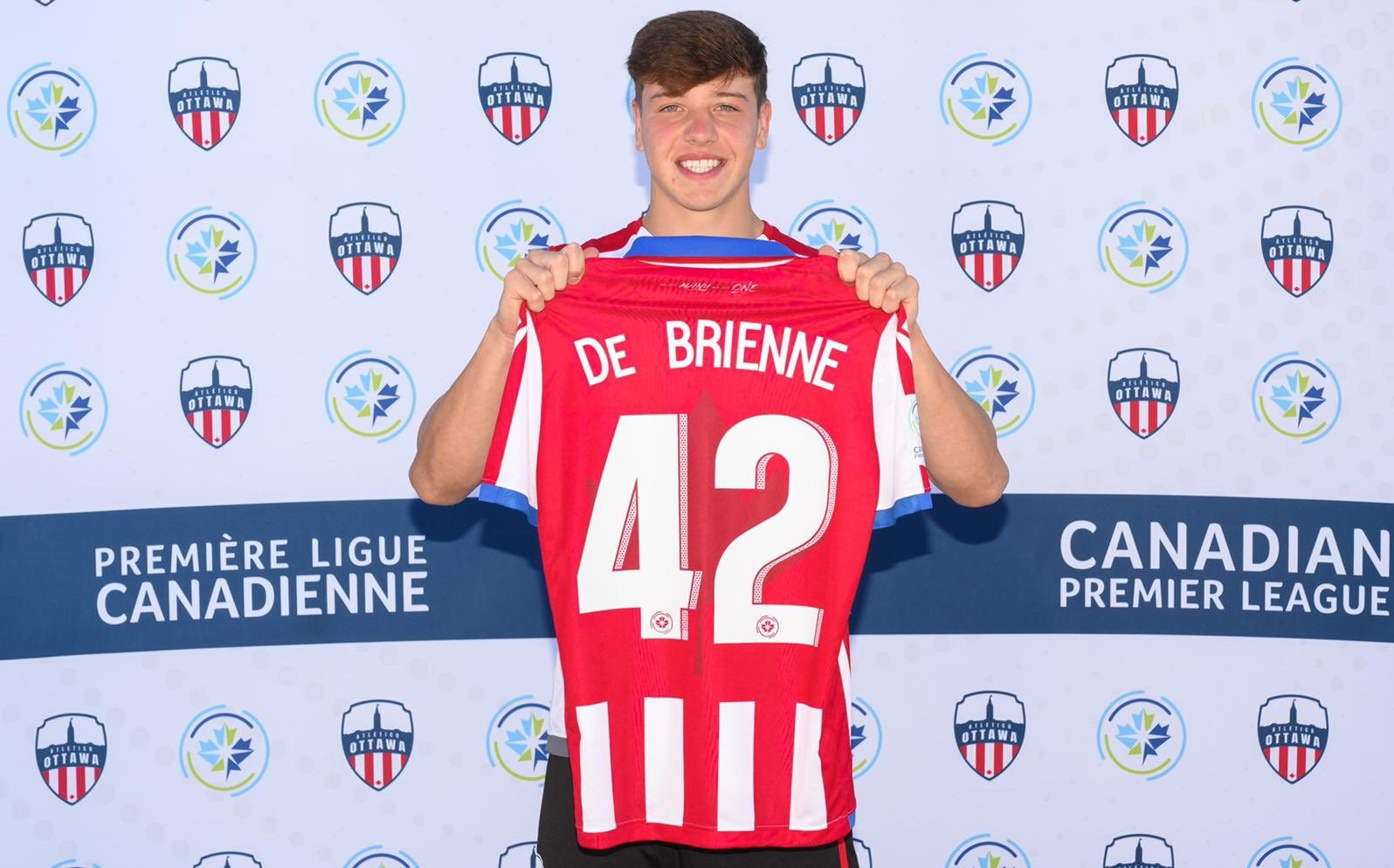 After telling CanPL.ca that the club was likely to sign some wingers ahead of the 2020 CPL season, Atlético Ottawa coach Mista now has one.

The expansion side announced Friday that it has signed Canadian Matteo de Brienne for the upcoming 2020 regular season.

De Brienne is an 18-year-old whose primary position is left wing. Born in Nepean, Ont., in the Ottawa area, he formerly played youth soccer for Ottawa South United. In 2016, de Brienne headed to the West Coast to join the Vancouver Whitecaps Residency program, and he played in the MLS side’s youth system until now.

The youngster, who had been on trial with Atlético Ottawa for several weeks since the club returned to training, has some experience with Canada Soccer’s national youth programs, having attended U-14 and U-15 identification camps in 2016 and 2017, respectively.

“To be part of such a great organization, in my hometown town, where it all started for me, is truly unbelievable. I am thankful to Atlético Ottawa for giving me my first professional contract,” de Brienne said. “Ottawa is a great city. It has phenomenal and dedicated fans, and I can’t wait to be part of the club’s success and make this city proud.”

Following Antoine Coupland and Gianfranco Facchineri, de Brienne is the third teenager to sign for Ottawa. He’s also the second local-born player to join the club (after Coupland).

The club now has 17 players under contract, although the status of international players Tevin Shaw and Bernardinho remains uncertain due to Canadian travel restrictions.

De Brienne will join Atlético Ottawa as they travel to Prince Edward Island, where the club will compete in its first CPL season at The Island Games, beginning Aug. 13.