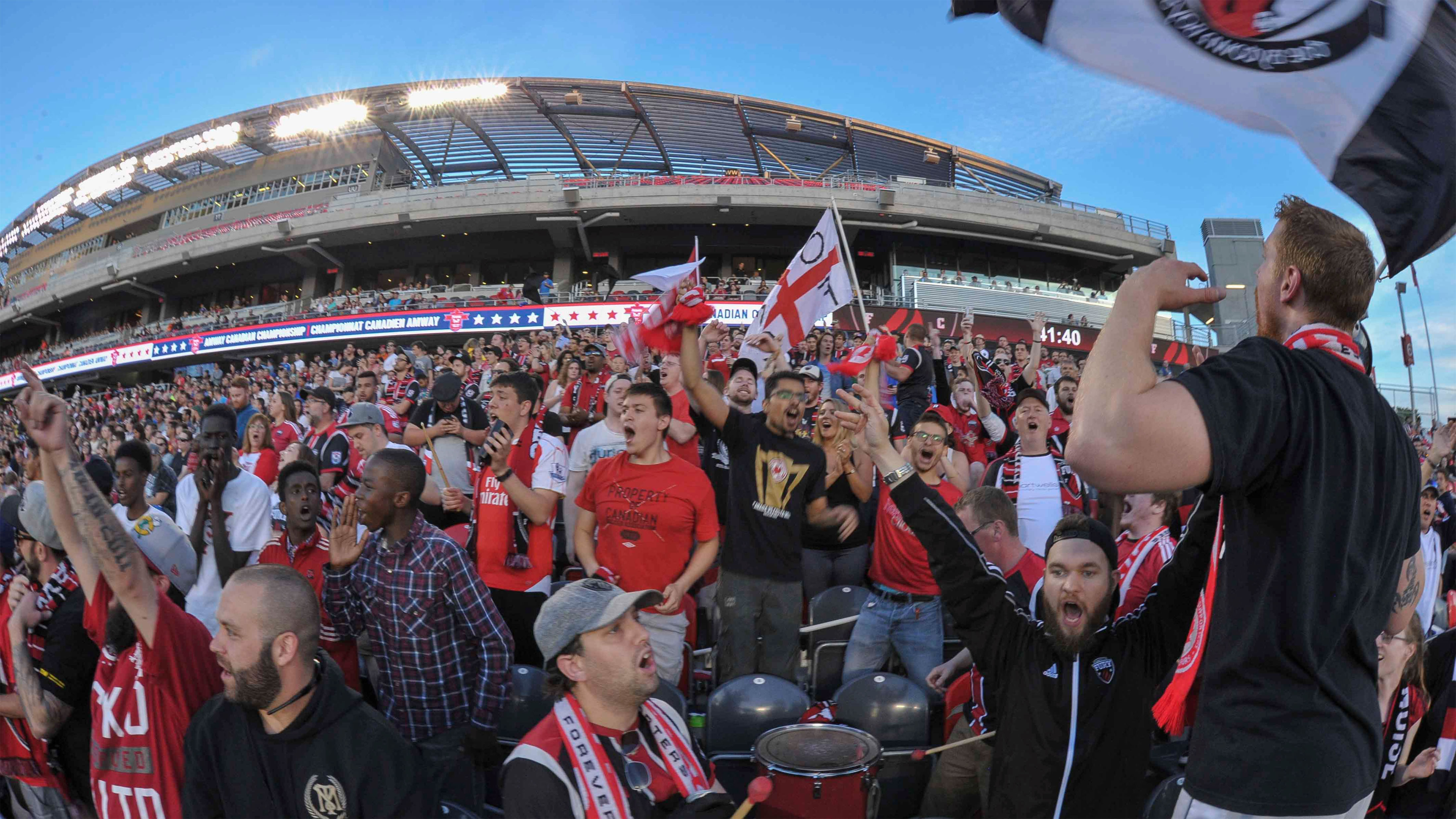 Soccer fans in the nation’s capital have been on a rollercoaster ride the past few months.

After Atlético Ottawa’s unexpected launch back in February, supporter groups such as Bytown Boys were called into action on short notice – suddenly the recently-departed Ottawa Fury was replaced and a CPL season was just months away.

However, COVID-19 protocols have abruptly postponed Atlético Ottawa’s inaugural CPL season, which would have begun on Saturday with an away date vs. Forge FC at Tim Hortons Field against. Bytown Boys had buses booked to take local fans to Hamilton for the game, ready to watch Atlético Ottawa face the defending CPL champions.

Instead? Well, there’ll be no bus trips to Steeltown, and like fans everywhere else, Bytown Boys must wait until the pandemic passes before the CPL returns.

“We’re ready to go whenever,” Bytown’s ‘sergeant-at-arms’ Stephane Brisson-Merrick told CanPL.ca. “Thankfully, when we ask our members to jump, they say how high.”

Just as their would-be weekend supporter group rivals have done in Hamilton, Bytown Boys are focused on engaging their local community. Brisson-Merrick hosted a charity trivia event on the group’s Facebook page this weekend, raising funds for Meals on Wheels.

There’s been a focus on social media, something Jessica McErlean, Bytown Boys’ recently-appointed president, sees as key to building Atlético’s momentum in the capital.

“We’re starting to get our followers interacting with each other,” McErlean said, mentioning the group’s recently-launched podcast. “Trying to help grow that community after the club launch.”

One of the few positives about the delay to the start of the CPL season is it’s given Atlético Ottawa more time; a club forced to establish itself, get fans in seats, and field a team in just two months has been afforded just a bit more breathing room. As the club adds office staff and fleshes out its roster, the extra time will surely be a bonus.

Last week, Bytown Boys took part in a formal video call with Atlético Ottawa staff, breaking the ice and beginning to put together a 2020 plan.

First on the docket? Determining where they will set up inside TD Place Stadium for home games. McErlean and Bytown Boys will be moving in 2020, shifting to Section W located in the stadium’s southern-most corner, where they first sat when the Ottawa Fury were the new team in town.

“It was an introduction and trying our best to set things up,” McErlean said of the video call. “What they can do for us, putting up signage about the supporters’ section… doing as much as we can.”

As Bytown Boys encounter other potential roadblocks along the way, Brisson-Merrick highlights the group’s years of experience as a key asset.

“We’re not walking or stumbling – we’re running,” offered Brisson-Merrick, while explaining that group members are encouraged to workshop new chants and tifo ideas during their time in isolation.

“Keep working on your chants, get creative if you have any new ones. We want to get everyone coming along right out of the gate. That’s important for this club.”

Oh, and how would you paint a tifo single-handedly? Surely it’s a group project, no?

“I have a nice big concrete wall and high ceilings. We can do it at home,” Brisson-Merrick noted dryly, lamenting the hours of would-be work required.

“Actually, I do need to get some more red paint.”