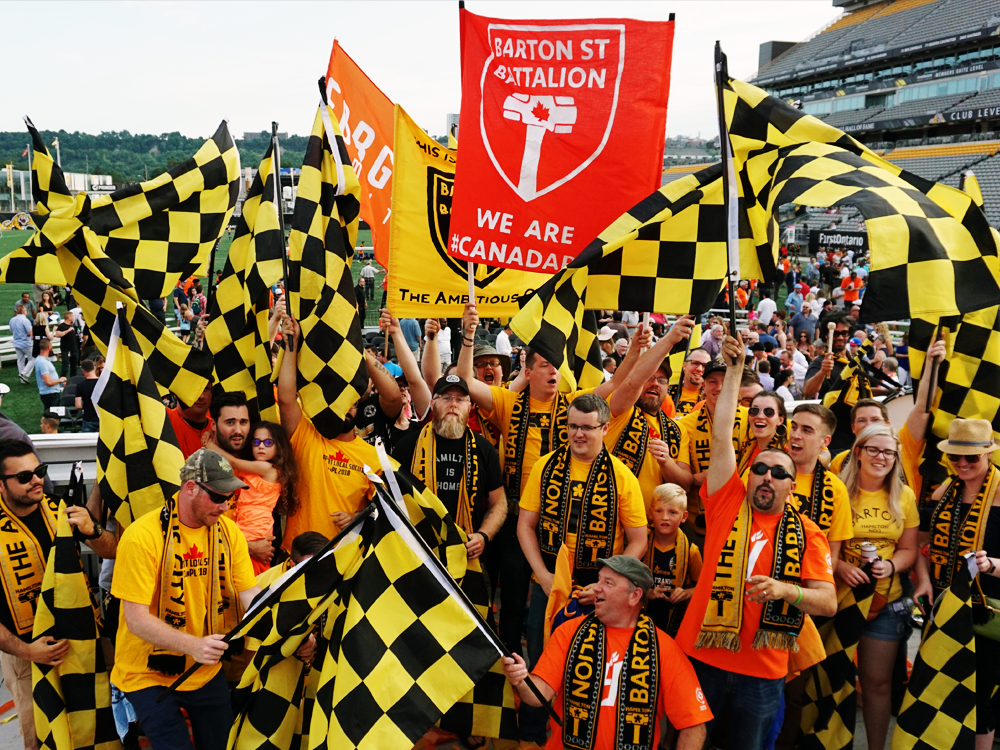 April 27: The launch of a league and a rivalry as Y9 visits Forge FC’s Tim Hortons Field.

Like it or not, Barton St. Battalion, Forge’s boisterous supporters’ group, will share the spotlight with, perhaps, upwards of 1,000 Y9 fans who are expected to make the short trip to Hamilton.

“Whether it be something hanging from the big screen or the seats above the tier we’re in, we want to do something massive,” Barton St. member Allan Gorman told CanPL.ca about the group’s plans. “We’re trying to see how big we can go within our means.

“We’ve been talking about this for over a year now. Ever since launch we have been brainstorming and trying to figure it out logistically, even contacting the club a couple times on how big we can go.”

The seventy kilometres that separate York9 and Forge FC is the shortest gap, for now, between opposing Canadian Premier League clubs, making the first match a showcase of the league and its supporters via travelling fans from Generation IX and York Region.

“Canada doesn’t get anything like this,” Gorman continued. “The thought of being able to go down to a game in 45 minutes is surreal.

“Even in MLS, the local teams are still a good six hours away at times.”

Not to be outdone by their foes in Hamilton, York9 officials are aiming to have 1,000 travelling fans in attendance at Tim Hortons Field. Early plans suggest approximately 20 coach busses will be picking up supporters at multiple places in York Region to make it down for the match.

“I can’t wait to see how many people will pack in that stadium,” Gorman continued. “Seeing what we can do to outdo other supporter groups in the country with tifos and songs … it’s gonna be great.”

For Gorman and the Barton St. Battalion, the work can finally begin. All those ideas a couple years ago can now become a reality.

It just so happens those ideas will come to life on the CPL’s biggest stage.

“We’ve been preparing for this for three years,” Gorman concluded.

“Anyone who is watching us and not the pitch doesn’t get it, but ultimately we as supporters want to be as entertaining as the product on the field.

“When the team walks out wearing orange, every single person will be getting what they wanted for years.”