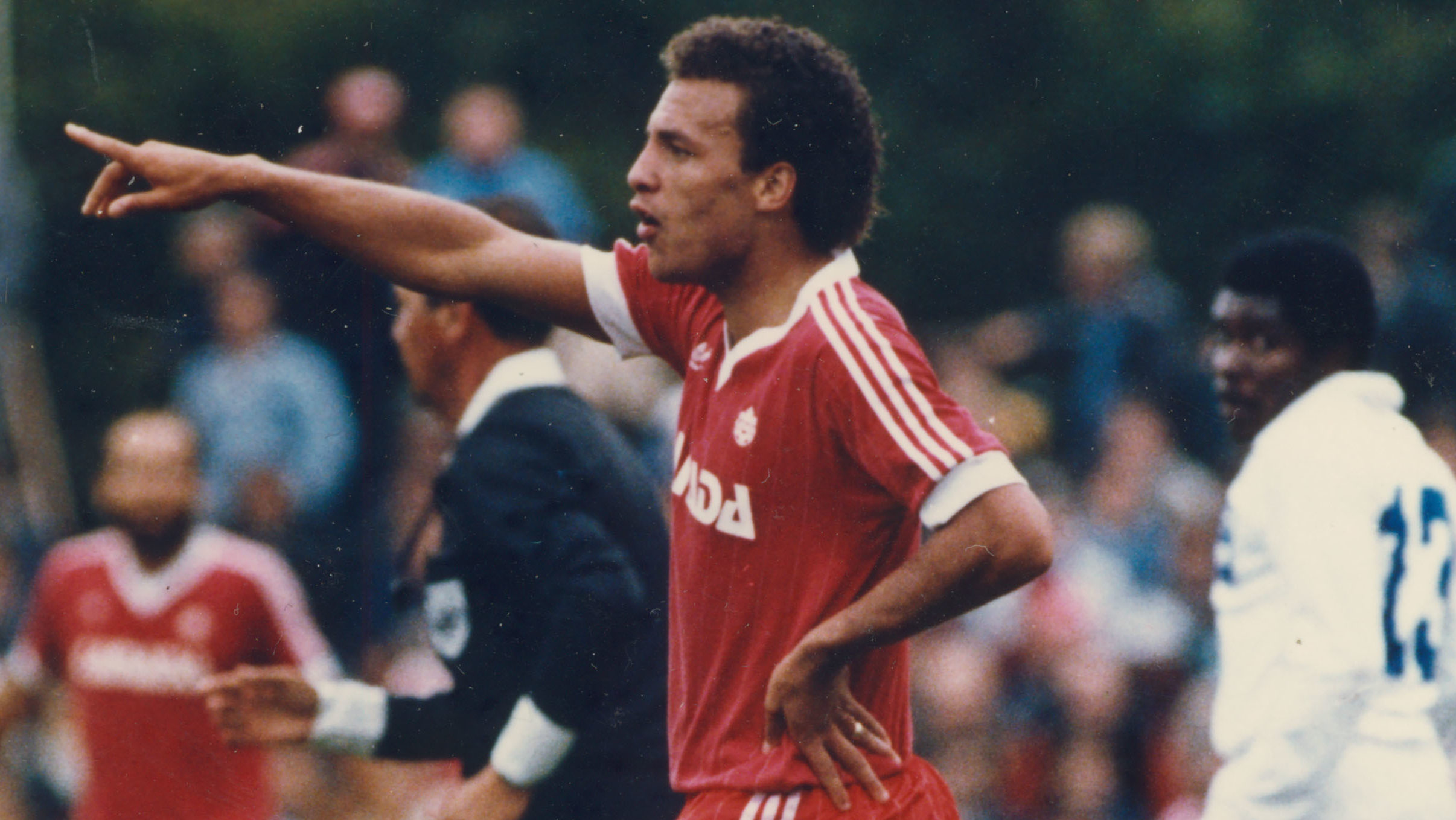 Black History Month runs from Feb. 1-March 1, 2021. CanPL.ca will feature articles throughout the month profiling the Canadian Premier League’s many outstanding players of colour, as well as stories about their views on the importance of Black History Month.

Born to a Jamaican father and English mother in Manchester, England, the future Vancouver Whitecaps and Oldham Athletic striker “hasn’t told many of these stories” of his past for a reason.

“When I was little, kids cornered me and were trying to poke me with a needle to see what colour my blood was,” Valentine, 62, told CanPL.ca. “My mother got a letter through the door that called her a n—– lover. That abuse is just something that happens to you and your family growing up.

“I’ve been talking about things that I haven’t really talked about because it made people feel uncomfortable but, at some point, you realize getting people out of their comfort zone is the point.”

Valentine moved to Vancouver when he was 20 years-old and cited the city’s diversity as a settling factor. He captured the NASL championship in his rookie season as a member of the Whitecaps and, save for a two-year stint back in England with West Bromwich Albion, he made North America his new home. Valentine, who went on to earn 31 caps for Canada, casually mentioned the lack of away supporters – and the resulting threat of racial abuse – in the sprawling NASL of the late 1970s and 1980s was a draw for Black players.

“Compared to England, it seemed like a nice place and that people got along – even in opposing stadiums since there weren’t as many away fans hurling abuse at you,” Valentine said, adding that “just about every slur” was hurled his way during his time in playing various English stadiums.

That’s not to say Valentine left that abuse behind. After being traded to the Kansas City Comets in 1990 for former World Cup ’86 teammate Dale Mitchell, Valentine’s then-wife didn’t travel to Missouri over fears of what kind of abuse they’d receive on account of their mixed marriage.

“‘I’m not going to Kansas, you know what they think of us there’ she said,” Valentine recalled.

“There’s a young couple just enjoying life… There are a lot of things that have just not changed,” Valentine said.

There’s another pause in his voice as he attributed off-putting nicknames by coaches to “a different time.” Now a coach himself with the Vancouver Whitecaps Residency program, Valentine has turned his attention to the next generation.

“The way we talked to people was different. My manager might get mad at me, call me names, and you just don’t think like that. Now, you know, you think about how that shaped your mind if anything,” he said.

“I think I’m a well-rounded person and respectful to people. Maybe it allowed me to have this better outlook on life – and better understand the players of tomorrow.”

Valentine previously worked alongside Pacific FC coach Pa-Modou Kah, whose passionate addresses about racism during The Island Games caught the eyes of millions across Canada. But Kah is one of very few people of colour in Canadian soccer’s coaching ranks. That’s not lost on Valentine who stands as a role model for Black Canadian footballers and prospective coaches.

“You try to analyze, well, how those moments molded you,” Valentine recalled. “Now, as a coach, you’re just more aware of people’s situations. Racism comes in different ways and you need to be aware – simple as that.”