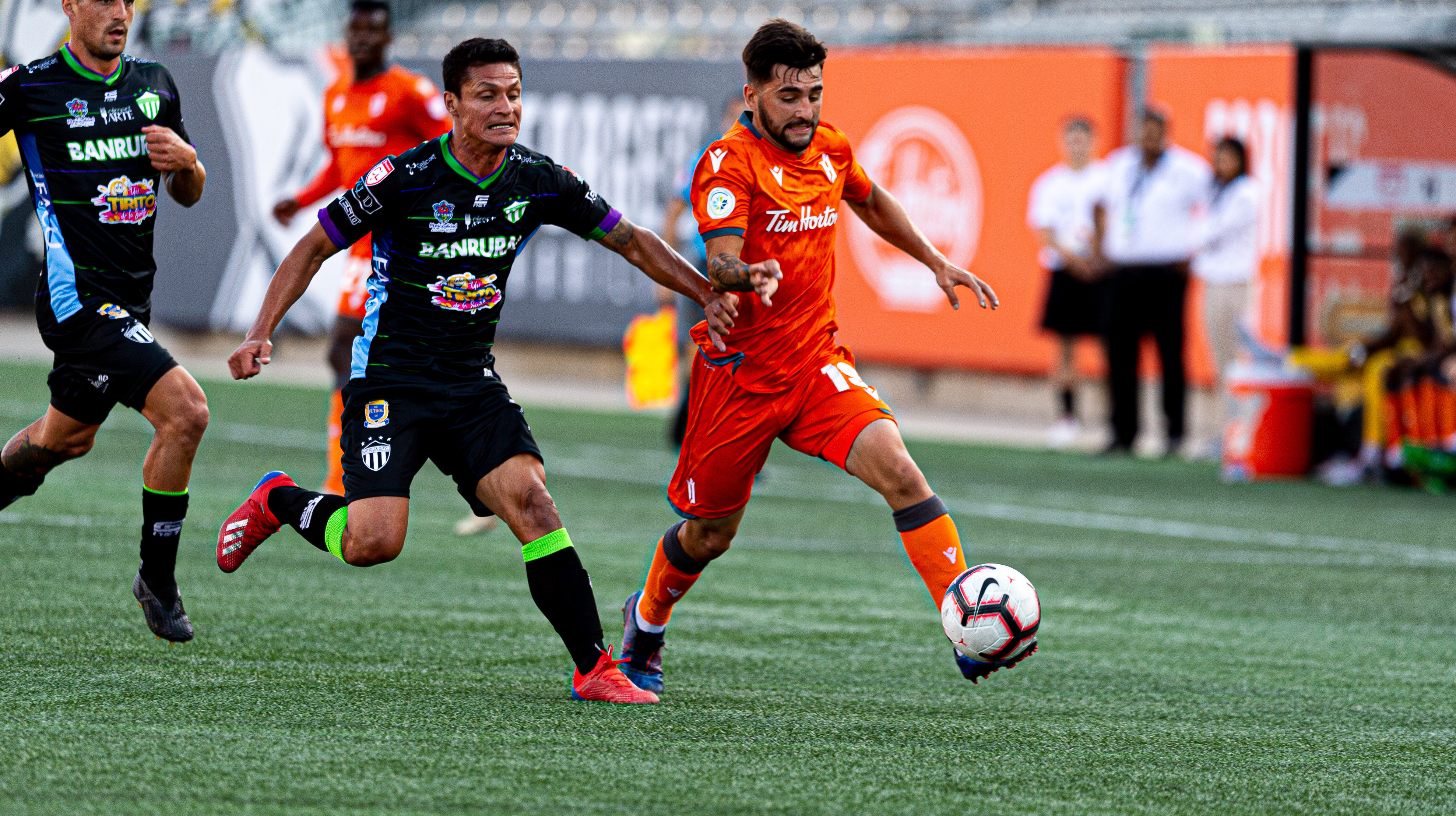 Like all good sequels, the return of Tristan Borges to Forge FC is shaping up to be even bigger and better than the original.

The 22-year-old attacker, who won every CPL award he was eligible for in 2019, has come back to Hamilton this year on loan from Belgian side OH Leuven. With that, the two-time defending league champions added an MVP-calibre player to their ranks.

Having seen the other seven CPL clubs rapidly arming themselves this off-season, Forge upped the ante considerably by bringing Borges back for 2021.

The CPL’s all-time leading scorer (well, joint-leading now, with Easton Ongaro and Akeem Garcia having caught up to his 13 goals in 2020) tells CanPL.ca that he has been keeping tabs on Forge during his time in Belgium, having watched as many of their games as he could.

“What’s the best way to do it other than the team I already kind of started this whole jump with?”

Indeed, Forge might be the perfect place for Borges at the moment; after a flurry of uncontrollable circumstances hindered his minutes at OH Leuven, it became clear that he needed somewhere to play more regularly at his age. The fact that he’s on loan leaves the door very much open to a return overseas, but some time with the club where he made his professional debut (and dominated) could be just what Borges needs for a career jumpstart.

“There’s always learning experiences,” Borges said of his foray into Belgium. “For me it’s just, whenever I make that decision to go there, you just consistently learn how to be a professional, on and off the field. Just having that understanding that at the end of the day, we’re very blessed; it’s our job, but we get to play a sport that we love.

“In terms of learning anything tactically and technically, you learn it in any situation that you go to. It was great the time that I was there, but obviously it’s been tough times for everybody during the whole COVID situation and the biggest thing for a lot of athletes in any sport is just the amount of games.”

Borges added: “I think this year was just a big year to learn on how to fall in love with the game over and over and over again, even though there’s a lot blocking in front of you.”

The prospect of returning to Europe is, of course, heavy on Borges’ mind heading into this season, knowing that some consistently good football could definitely return his stock to the soaring highs it hit in 2019. His main priority, though, is putting (at least) one more trophy on his resumé in Hamilton.

According to the star forward, retaining that CPL title will not be easy.

“I think after showing the two years of what the CPL is about, it’s starting to attract more and more quality players,” he said. “Around the league, a lot of the teams are building up their rosters, building up their depth a lot more, and at the end of the day the first main goal is always to win the league.

“At the end of the day we’ve just got to go day by day with whatever game’s in front of us, but our goals are not gonna change — it’s to win another championship. A lot of people will say it’s almost impossible to go three times, and you can see around the league a lot of the teams are really improving their roster, but at the end of the day so are we.”

Like the rest of his Forge teammates, Borges also pointed out how crucial the Concacaf League is to the club, who will hope to make it even farther than the quarter-final in their third attempt this year.

Ultimately, the Toronto native’s return to Hamilton should make the CPL champions early favourites to retain the North Star Shield (not that they weren’t already, in fairness).

Borges won the Golden Boot with 13 goals in his first professional season. With a little more experience now, can we pencil him in for 14 this time?