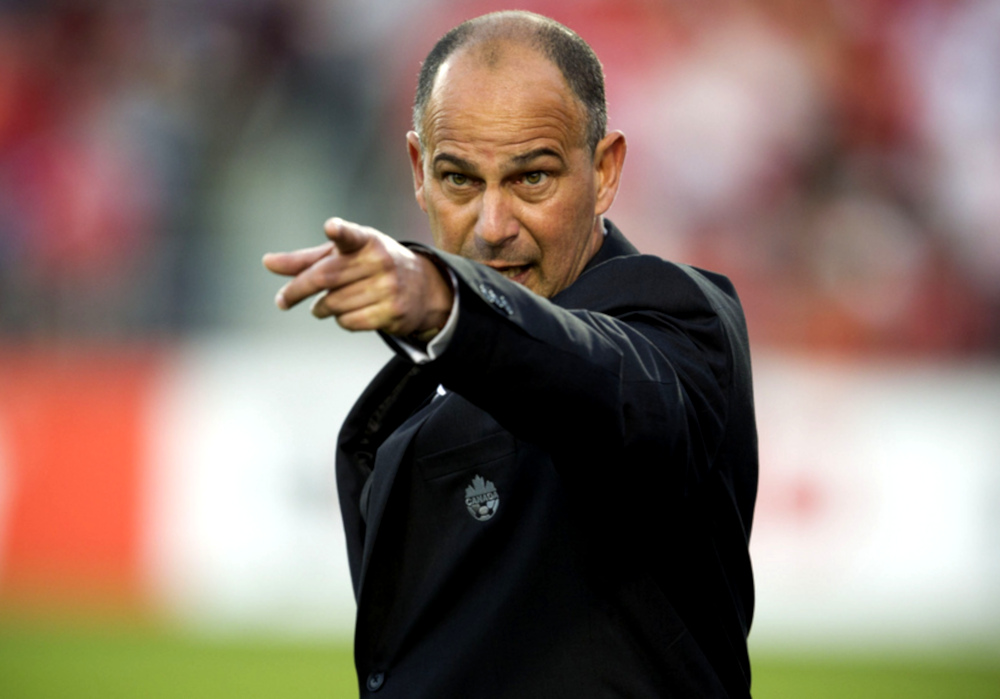 TORONTO — A common refrain heard from Canadian Premier League coaches is how excited they are to have a chance to shape a club in their own image. A brand-new league means brand-new teams and a blank slate.

In practice, though, most managers are starting with a base to build from.

FC Edmonton, of course, has its academy up and running. York9 has made full use of its staff’s familiarity with League1 Ontario. Cavalry FC, Pacific FC and Valour FC have places to pull from. Every club, it seems, has a link to a local high-level development program of some kind to lean on.

Every club, that is, except one: HFX Wanderers. In Halifax, they really are building from zero — leaving boss Stephen Hart with one of the more intriguing roster-building challenges of the CPL’s first offseason.

It’s a challenge his colleagues acknowledge, with one fellow CPL coach recently joking he’d give Hart “more salary cap space” as a gift given the unique challenges he faces.

“It’s one of those things you know is going to happen when you’re coming in,” Hart told CanPL.ca of his club’s unique situation. “I think the whole objective will be to get the team on the field and then you can build through the community into that (local) relationship.

“But you knew that coming in. You have to beat the bush and find the players that you don’t really know that well. I’ve been out of the (Canadian) system for about three-plus years, so the young players I don’t know that well. It is the reality of the situation, so you deal with it.”

Hart’s recruitment thus far demonstrates how he has cast his net wide. Most notably, he tapped into his contacts as the former coach of Trinidad and Tobago to bring in a quartet of players from the twin Caribbean islands.

Wanderers’ Canadian content, meanwhile, has been sourced from near and far, with forward Vincent Lamy arriving from the Montreal Impact’s academy and defender Zachary Sukunda returning home after a spell in Australia.

“You tap into the resources that you know can give you a heads up on certain players, and then you do your homework, try to get full games of them and see how they react in the games,” Hart explained. “The only thing you really don’t know are their personalities off the field. “And then, of course, travelling and scouting has been the other way of doing it.”

Another wrinkle in Hart’s planning is geography. Attracting players out to Atlantic Canada has presented one or two hurdles to overcome — but also, Hart believes, one major advantage.

“In an inner city like Toronto, you have (such) ready access to a number of players that you really don’t have to look at things like housing,” Hart said.

“But that being said, I think the players that you are going after, they seem to sense that they would be well received (in Halifax) because it’s a small city. They love their football. And the player thinks that the recognition would be far greater than in a place like Toronto or Hamilton.

“It’s a bit different that way.”

To earn that appreciation, Wanderers players will need to make an impression on a population in which Hart sees “a good mix”; one that is “forged in blue-collar hard work” but continues to trend towards the young and academic.

‘To say that (identity) may shape the players is difficult to say,” he added. “But they have to know that is the community they are coming into.

“The first, most important thing is that you want players who love football. You cannot coach enthusiasm.

“The second thing is for them to recognize that they’re a big part in (both) building something immediate and to leave some sort of legacy as the team grows in the future.”

More immediately, though, the focus is on Season 1.

“Teams are going to have their ups and downs as people try to settle,” Hart concluded. “Hopefully we settle faster than everybody else.”