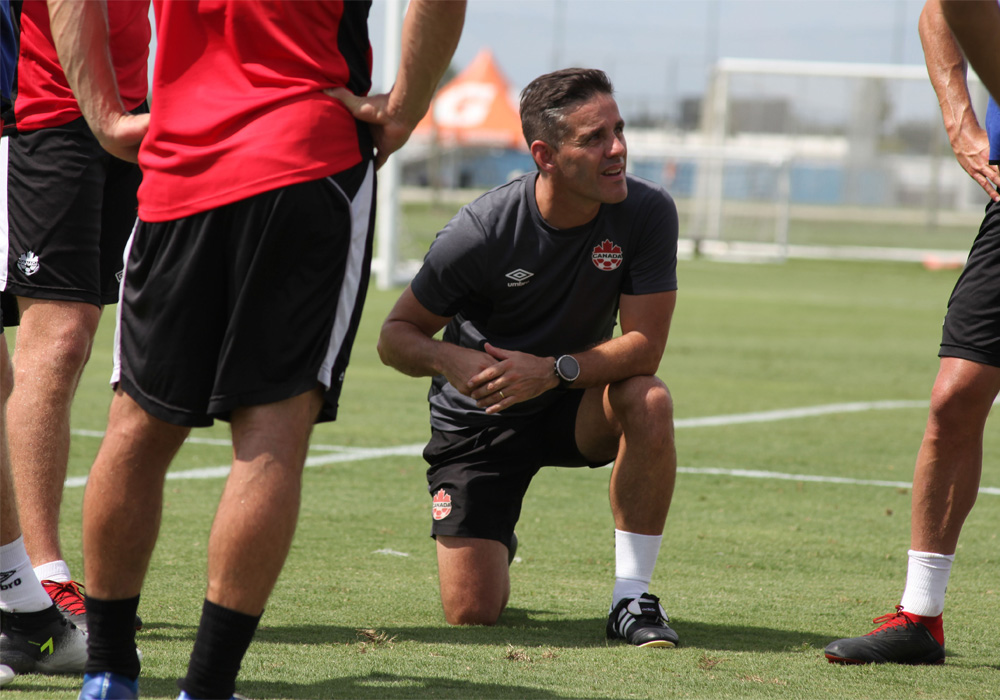 TORONTO – The days of meaningless international friendlies are over for the Canadian men’s national team, as the 41 outfits that make up the CONCACAF region gear up for their first foray into the newly-formed Nations League.

Canada manager John Herdman has gathered a group of 23 players for his side’s competition debut against the U.S. Virgin Islands on Sunday, and for Herdman, this new tournament – which sees his team compete to qualify in one of the three tiers of the competition, and ultimately, for the 2019 CONCACAF Gold Cup – offers both positives and negatives.

“I’ve lived in the international world for something like 15 years – this is very different,” Herdman said, when asked by CanPL.ca about the region’s new international competition. “To go through a whole quadrennial period where literally every match has significant meaning to it in terms of gathering points, you can only say it’s a good thing.”

He added: “It stops that two years of developing without really any consequence, before you’re thrown into the Hex or World Cup qualification and you’re like, ‘oh s—!’ We can now get the mindset right, because for two years, we’ve been practicing. There’s something really positive about the ability to build every game towards a goal, and then to craft the mindset to get a result in a certain way, a mindset that’s getting us ready for the next hard game. Now, there’s dire consequences to each result.”

While Herdman was pleased with the increase in competition, he offered that this new format, which replaces arranged “friendly” matches between national teams, also comes with some drawbacks. Namely, Canada is now region-locked to CONCACAF, and the increase in travel time could prove cumbersome to some of the nation’s European-based players.

And, Herdman explained, there was a benefit to playing those meaningless matches.

“(Now) you really don’t get a chance to practice,” Herdman offered. “That’s the scary thing. All of these games are three subs, and because of the travel, it’s hard to do two games in one window without really putting the players at risk, and then you’ve got players turning up to 23-man squads and only 14 players can get play time, potentially.

“You’ve got to then think about keeping the players more emotionally intact on the journey while trying to find consistency in a core group of players. Then, as a staff, we have to identify which games we can use as opportunities to get players cap tied, or give (young players) minutes on the pitch. It has its pros and cons, but that’s our new reality.”

Harrowing though it may prove to be, Herdman relayed that his players are certainly up for this new challenge.

“I think the meaning, the fact that the games have meaning is important to the players,” Herdman said. “They were keen to come in and see what the new approach was going to be as well as how we’re going to apply to this competition. We give them clarity about what our end goal in mind is, and preparing for those first matches in the Nations League. We’ve got a big picture of the journey up on the wall so the players can visually see what stage they’re at and what they’ve got to get to in order to compete at a World Cup.

“There’s nothing but excitement at this point, but with (only) 14 players getting playing time … there’s going to be a lot to manage, that’s for sure.”

Canada takes on the U.S. Virgin Islands on September 9 (4:00 p.m. ET/7:00 p.m. PT) in Bradenton, Florida. You can watch the game online by visiting canadasoccer.com.