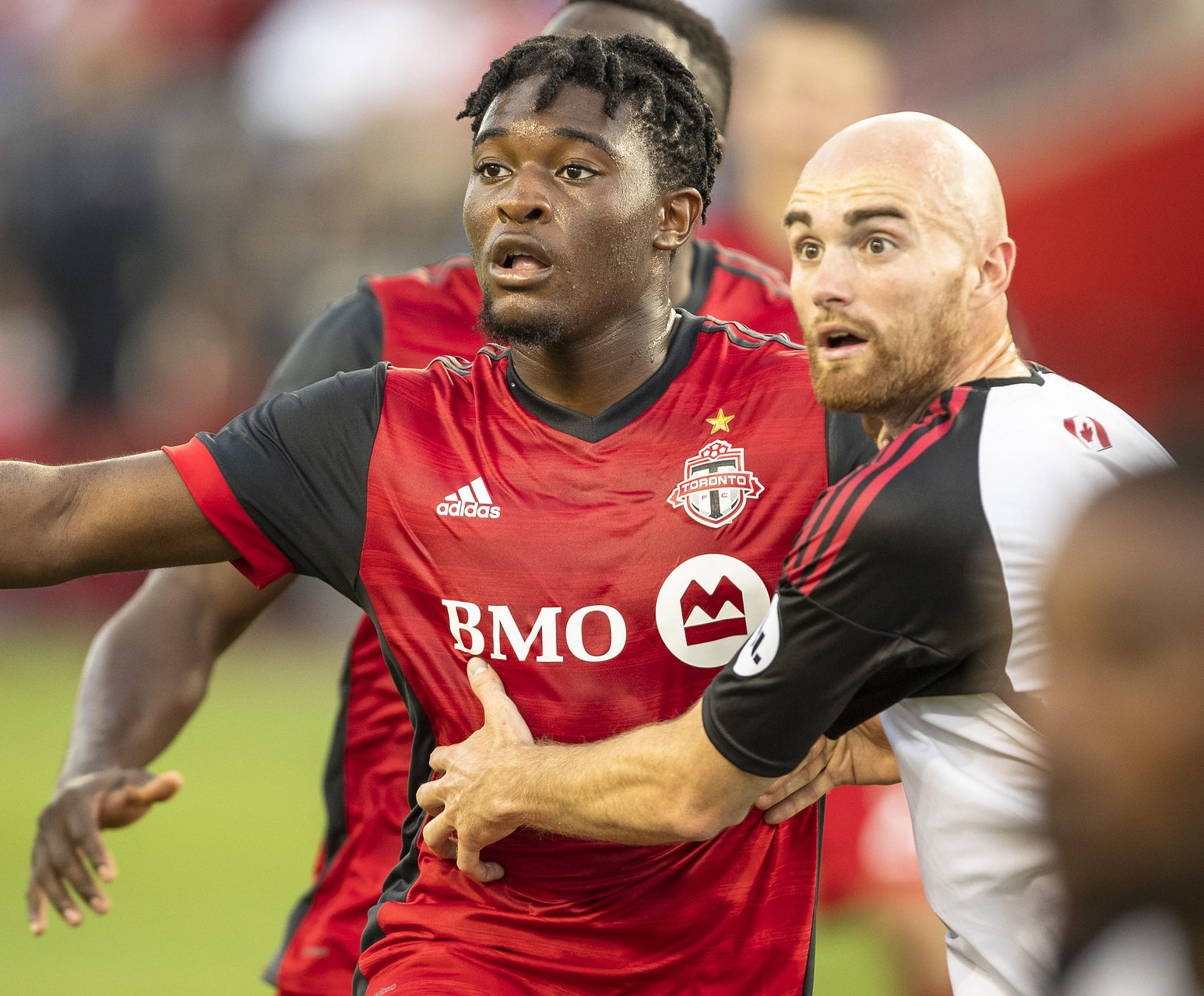 It’s not too late for Toronto FC’s Ayo Akinola to switch international allegiances.

In an interview with mlssoccer.com this week, the 19-year-old Brampton, Ont.-native, who currently plays for the U.S. internationally, left open the possibility of switching which country he represents.

“I don’t want to focus too much on that, I’m representing the U.S.,” Akinola stated. The Detroit-born striker later added, “Yeah, yeah, I’m still young … Unless I make the men’s roster. Right now, I can play for (any) country.”

In addition to the Stars and Stripes, Akinola is eligible to compete for Canada and Nigeria, where his parents are from.

Though he made it clear he’s targeting a U.S. roster spot at the upcoming FIFA Uunder-20 World Cup in Poland, Akinola could find it difficult breaking into the full Canadian side — at least during this World Cup cycle.

For now, it seems obvious who Akinola will be supporting when the U.S. and Canada meet later this year in Nations League.

The question, though, is whether that will ever change.