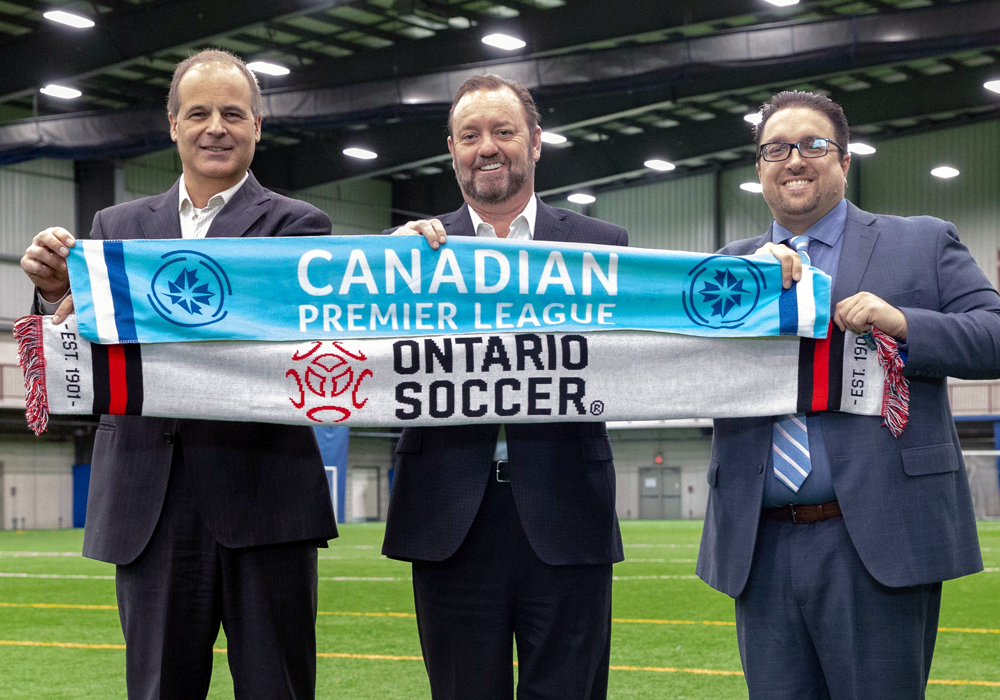 Starting in 2019 this ground-breaking arrangement will allow the Canadian Premier League, in its entirety, to facilitate the continuing development and growth of League1 Ontario. This unique model will become an integral part of the CPL and will provide future opportunities for players who are not quite ready, to further develop their skills and find success in the professional game.

“The development of our players, coaches, referees and administrators is a top priority, with the intent of elevating the game at all levels in Canada,” said David Clanachan, Commissioner, Canadian Premier League. “Establishing this partnership in Ontario is a major step forward and we are proud to have League1 Ontario become an associate member of Ontario Soccer, under our management. We are honoured to be the stewards of this league that has produced over 100 professional players like Cyle Larin and Stephanie Bukovec.”

League1 Ontario is the only Pro-Am standards-based, league in Ontario. Founded in 2014, the league began with a ten team Men’s division, which by the 2018 season had grown to 17 teams and included a separate 13-team Women’s division. Over 100 men and women players have now graduated from League1 Ontario to professional environments around the world.

“We are very proud of Ontario Soccer’s creation of League1 Ontario back in 2014 and serving as Ontario’s premier standards based league for both men and women,” said Johnny Misley, Ontario Soccer Chief Executive Officer. “This new partnership with the Canadian Premier League and League1 Ontario becoming Associate Members with Ontario Soccer will allow the league to rise to the next level and provide an even better development opportunity for players, coaches, administrators and match officials.”

League1 Ontario serves as a stepping stone between the youth, amateur ranks and the professional environment. The league’s focus, first and foremost, is the development of Canada’s future stars.

“This is an exciting development for all League1 Ontario stakeholders and will prove to be a natural evolution for our organization, which has been laser focused over the past five years on graduating Ontario’s top footballers to the next stage of their soccer careers,” said Dino Rossi, League1 Ontario Commissioner.

“With the Canadian Premier League coming on-line in 2019 and providing a badly needed domestic professional platform for League1 athletes to aspire to, it makes perfect sense to come together at this time and to align our efforts with the goal of growing the sport of soccer in the communities we serve – as well as to provide a very clear pathway to the professional level for the next generation of stars being developed in Ontario and across Canada.”

League1 Ontario is the only professional-amateur, standards-based, league in Ontario. Founded in 2014, the league began with a ten team men’s division, which has now grown to 17 teams and includes a separate 13-team women’s division. League1 Ontario serves as a stepping stone between the youth, amateur ranks and the professional environment. Sanctioned by Ontario Soccer, the league’s focus, first and foremost, is the development of Canada’s future stars.