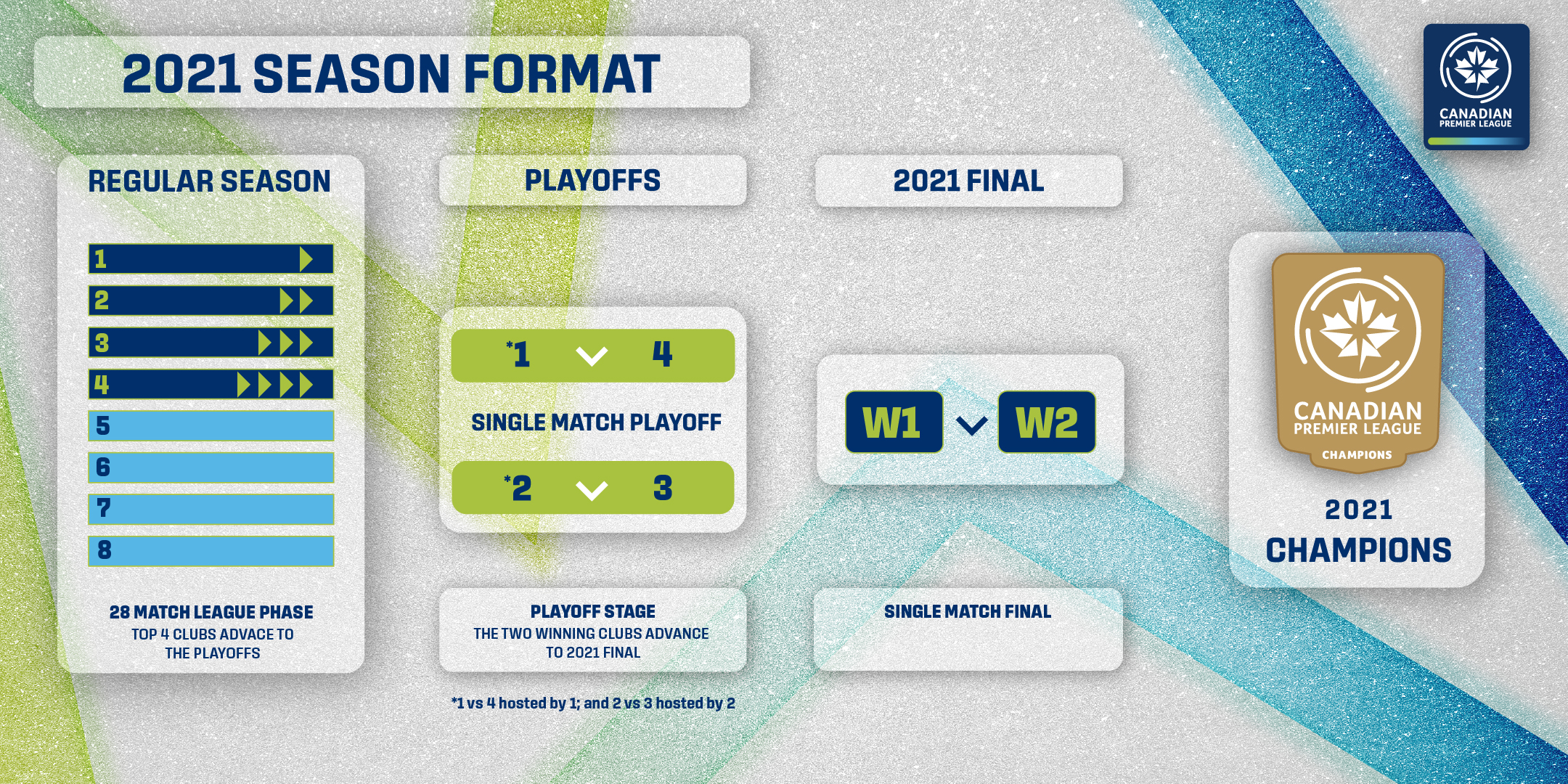 Toronto, ON (June 24, 2021) – The Canadian Premier League announced today the season format for 2021 during a press conference with Commissioner David Clanachan.

The 2021 CPL season will have all 8 Clubs playing a 112-match season with 28 matches per Club in a single table format. The season begins on Saturday June 26 in Winnipeg, Manitoba with The Kickoff Presented by Volkswagen with each club playing eight matches (32 games total).

Upon the completion of The Kickoff on July 24, Clubs will return to their home markets to continue the season where they will play an unbalanced schedule – 16 games against teams in their region and four more against teams they are already playing against in Winnipeg – ensuring the matchups focus on minimizing travel and maximizing rest for players as much as possible for the season.

A single table format provides fans with a more competitive season that creates exciting matches right to the end of the season. The top four clubs will move on to a one-match elimination playoff series (1 vs 4 hosted by 1; and 2 vs 3 hosted by 2) to proceed to the one-match 2021 Final.

“Our focus is to deliver a full season with great competitive play throughout for our players, coaches, fans and supporters and I am pleased to be able to announce that today,” said David Clanachan, Commissioner Canadian Premier League.  “With this format we have made every match competitive and meaningful. By adding a fourth team to the playoff series our clubs will battle to the end to be able to host a semi-final in their market and to be in the lead position so they can host the 2021 Final at home for their fans and supporters.”

The League will release the full schedule soon.

Canadian Premier League (CPL) is Canada’s Tier 1 professional men’s soccer league that debuted on April 27, 2019. Playing in world-class and unique venues, and partnering with strong community-led ownership groups, the CPL is a league for Canadians by Canadians that brings professional soccer to communities coast-to-coast. For updates and more information, please go to CanPL.ca.