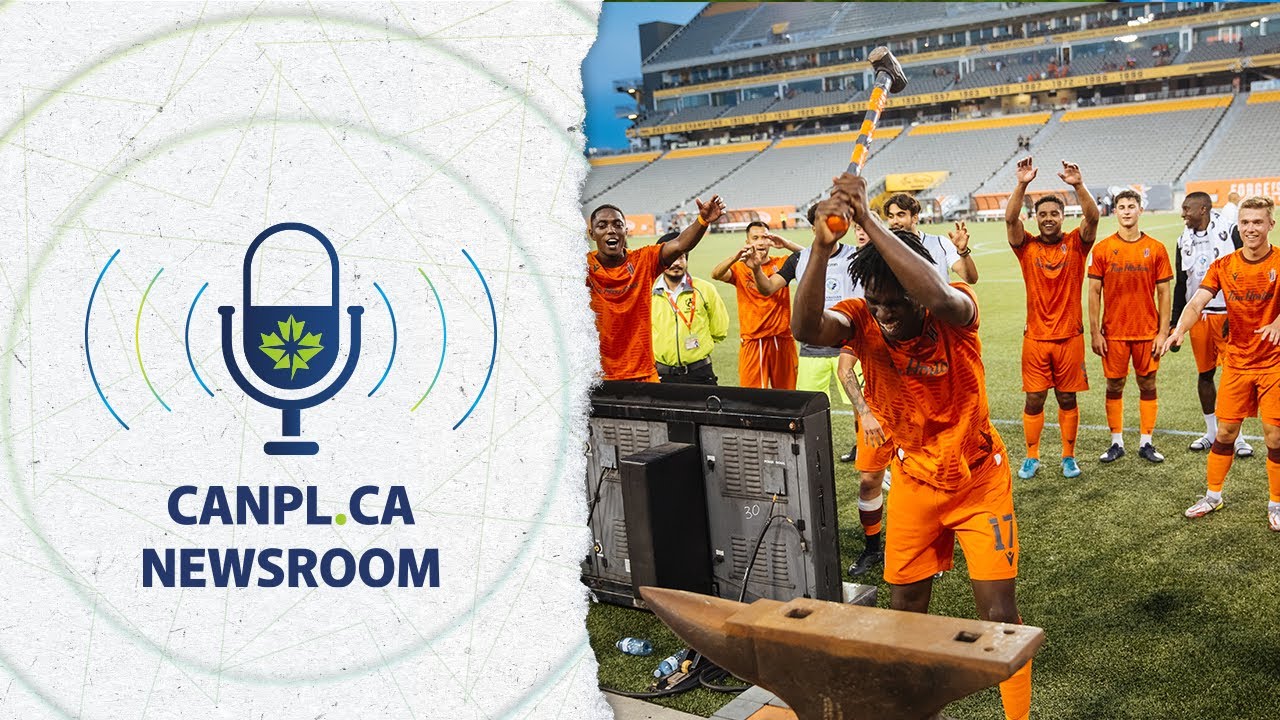 The Newsroom team is back for a rare Wednesday afternoon show, with four more Canadian Premier League matches to discuss from the past week.

With Kristian away, Mitchell Tierney and Charlie O’Connor-Clarke host this episode, starting in Hamilton where Forge FC exploded for a club-record 5-1 win over FC Edmonton on Tuesday night (6:55). Then, it’s off to Calgary to recap a surprising win for York United at Cavalry FC to end a lengthy streak for both sides (15:45).

Mitchell and Charlie then return to Ontario for a full breakdown of York’s 4-2 loss to Pacific FC on Friday night (24:10), before heading back to Spruce Meadows for Mitchell’s thoughts on Cavalry’s 3-0 win over HFX Wanderers last Thursday (36:10).

Finally, Benedict Rhodes joins the show to wrap things up, beginning with a quick preview of Wednesday night’s rescheduled Atlético Ottawa versus Valour FC contest (43:40). The show ends with a recap of the Canadian women’s national team’s run in the Concacaf W Championship, which ended Monday night with a 1-0 loss in the final to the United States (52:00).