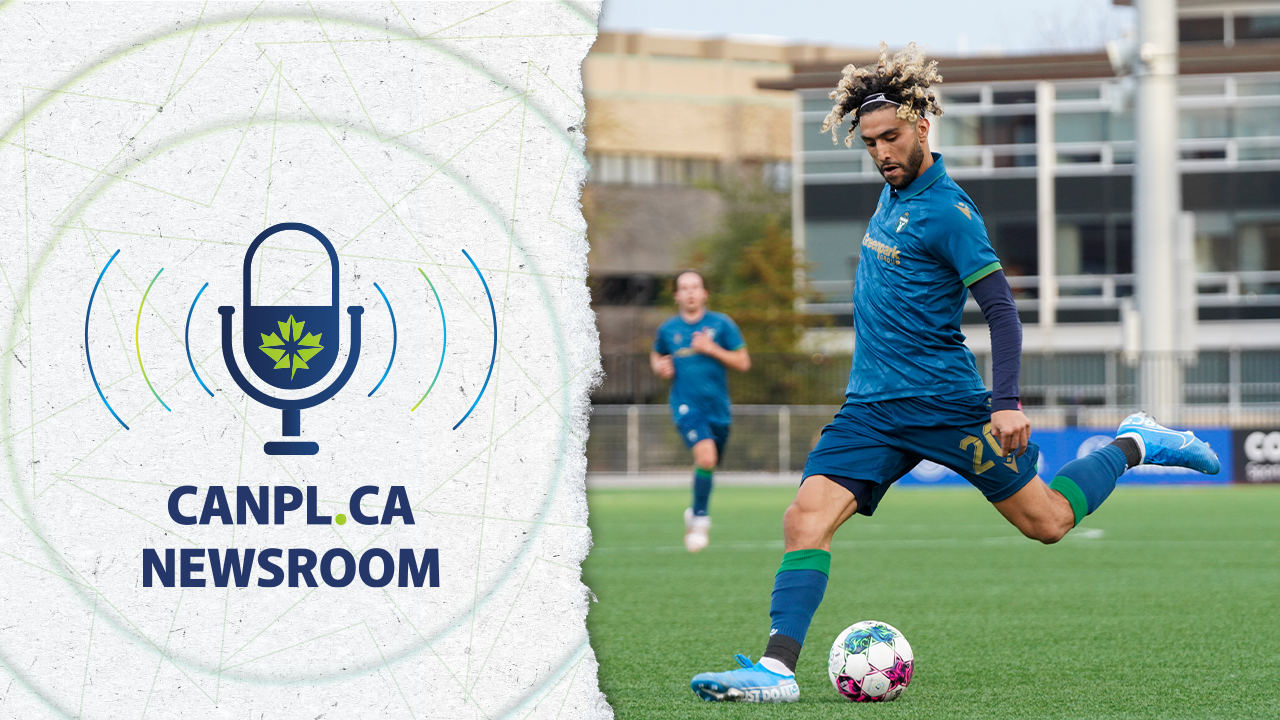 The CanPL.ca Newsroom returns for a special Thursday edition to wrap up five games in the Canadian Premier League, plus plenty of other news from around the league. Mitchell Tierney and Charlie O’Connor-Clarke host this episode, and they start in the nation’s capital to recap Atlético Ottawa and York United’s 0-0 draw (2:13).

From there, they move on to Forge’s dominant 3-0 win over Pacific, with some additional thoughts and insight from Benedict Rhodes (12:55). After that, it’s back to York United, as the club’s President and GM Angus McNab joins live from New York to discuss Diyaeddine Abzi’s recently-announced big move to French Ligue 2 side Pau FC as well as Lowell Wright’s call-up to the Canadian U-20 side (20:50).

Alexandre Gangué-Ruzic then dials into the show to break down HFX Wanderers’ comeback win over FC Edmonton on Tuesday night (34:45), before Mitchell and Charlie see out the last two Week 10 matches, a pair of wins for Cavalry that sent them to the top of the standings (43:55).

Finally, the show ends with a little more Canada U-20 talk, as Mitchell and Charlie discuss all six CPLers that went down to Honduras for the Concacaf U-20 Men’s Championship, and what it means for the league and the national team program (53:15).