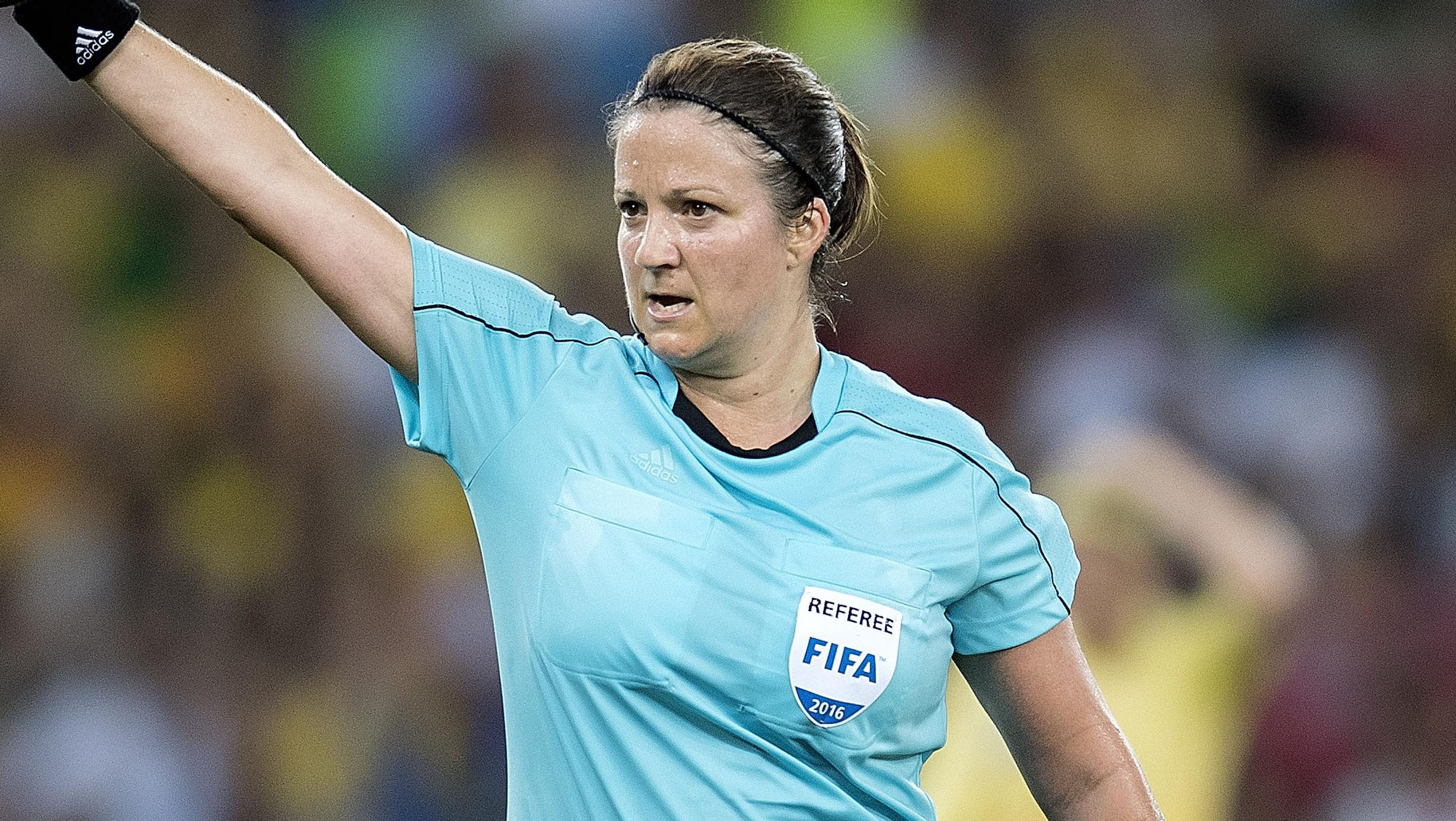 TORONTO –  It may have been just another day at the office for Carol Anne Chenard, as Forge FC took on Cavalry FC at Tim Hortons Field (1 p.m. ET/OneSoccer, CBC).

But, in a month filled with historic moments, this particular match also offer Chenard and her fellow refereeing staff an opportunity at making history of their own.

It’s not uncommon for female referees to officiate a professional men’s match – one CPL match has already been managed by a female ref.

But, in scouring records from available resources, no similar instance of a top-level professional soccer game staffed entirely by women could be recalled or found, though it has certainly happened in women’s football, at lower divisions, and in youth soccer.

Despite the potentially-historic implications in her home country, Chenard was characteristically calm in response to the occasion.

“So I’m really excited to be working with this crew of women who have demonstrated themselves to be competent and ready to referee at this level.”

One of her colleagues, Marie-Soleil Beaudoin, was the lead official in the HFX Wanderers home opener last weekend, a contentious match against Forge that saw the home side win 2-1 late and six yellow cards necessitated, especially as the final whistle approached.

“Referees are a team of their own, right? We like to support each other as much as possible,” Chenard said. ” She did great. You’re right, it was a difficult match for sure.

“This just speaks to the quality of refereeing in Canada. She did really well and I’m hoping to follow in her footsteps this weekend.”

Both Chenard and Beaudoin will be refereeing this summer’s 2019 FIFA Women’s World Cup in France, as will Boudreau, as an assistant referee. Drew Fischer, who refereed Cavalry’s home opener, will join them as a video assistant referee (VAR) official. It will be Chenard’s third time refereeing at the world’s biggest stage.

“Third time’s the charm!” Chenard said, with a laugh. “Women’s football has really grown exponentially since my first World Cup in 2011 in Germany. The tournament has expanded since, the quality of the soccer is at a really, really high level. The game is fast, it’s dynamic, so it’s really exciting to watch.

“I’m really looking forward to France and being able to referee at this great tournament.”

Much like the CPL will provide a pathway for young Canadian soccer players, so too will it provide for referees.

“I’ve always said referees are only as good as the soccer they see on a regular basis. I really believe that part of the reason I’ve had a successful career and the longevity I’ve had is the exposure to top-level soccer on a weekly basis,” Chenard explained. “To be able to perform every week, to have to perform at the highest level, prepares referees to be able to do that on a higher stage.

“Experience is really important, learning, being exposed to different situations. The exciting thing about refereeing is you’re never going to see the same situation twice, that makes it difficult as well. If you’re only exposed to those games once every month, every six weeks, that’s not what referees need,” Chenard continued. “(CPL) provides top-level exposure to the level of soccer (referees) need and it gives young referees a target, a goal – something that they can watch on a regular basis and be the target before moving to the next level.

“It’s that carrot that’s dangling out in front of the rabbit — to make sure they continue working hard. It’s going to be a really key role because part of the issue in the past is we just haven’t had the exposure on a regular basis that we’ve needed.”