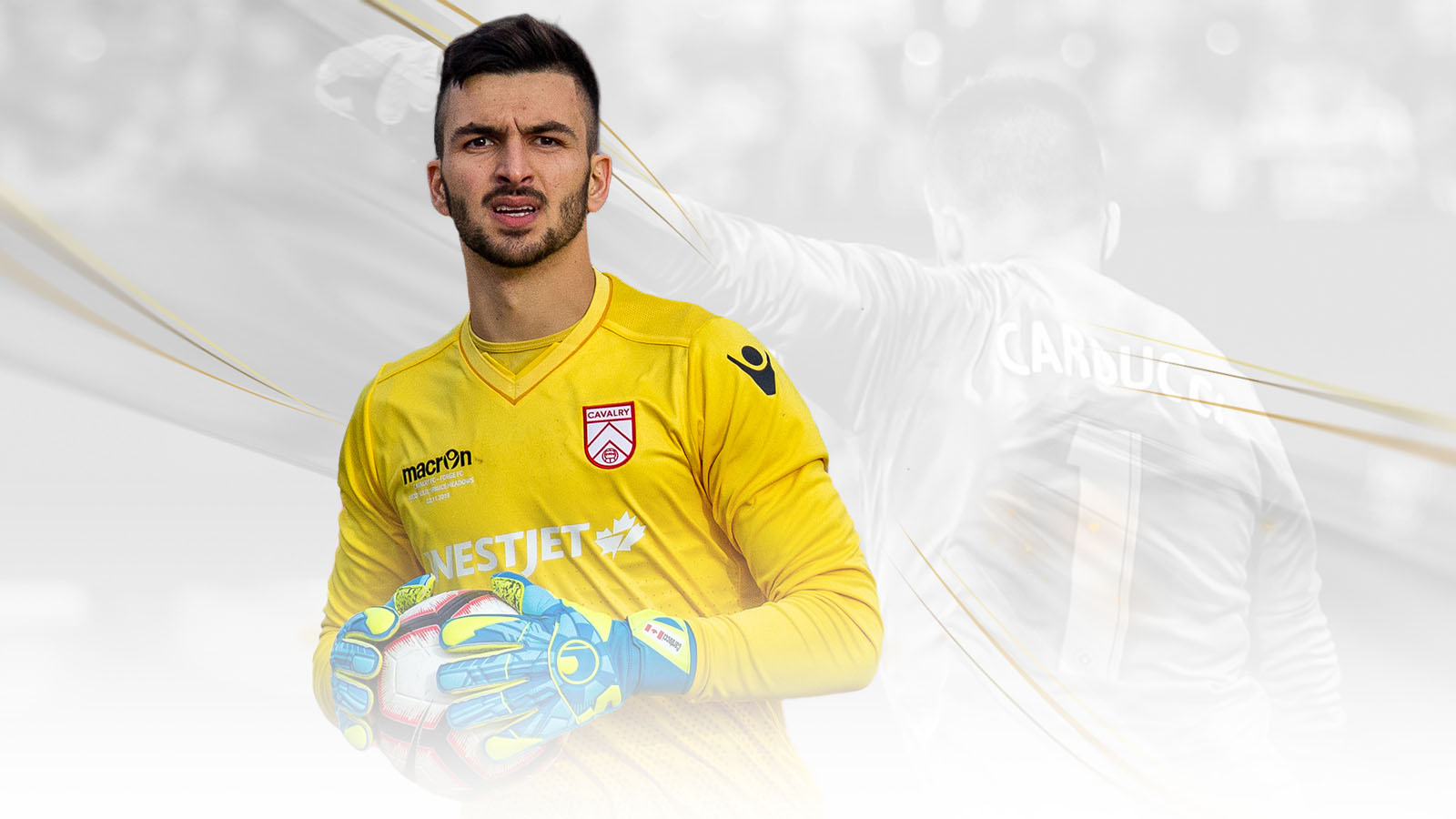 Marco Carducci fell short in Finals 2019, but he still managed to take home some silverware this season.

The Cavalry FC shot stopper officially claimed the Canadian Premier League’s Golden Glove during an awards ceremony in Toronto on Tuesday, an honour that goes to the league’s top goalkeeper.

Carducci, a 23-year-old native of Calgary, beat out Nathan Ingham of York9 FC and FC Edmonton’s Connor James to win the award.

While both Ingham and James enjoyed successful campaigns, the selection of Carducci’s as the Golden Glove winner hardly comes as a surprise.

Carducci finished tied with Forge FC’s Tristan Henry with a league-leading nine clean sheets this season, and he was third overall in saves with 65.

More important, Carducci was a key player for a Cavalry side that won the Spring and Fall titles and reached the semifinals of the Canadian Championship (upsetting the Vancouver Whitecaps along the way). He also played a major role in helping the Cavs post the best defensive record in the CPL, with just 19 goals conceded in the regular season.

Carducci won plaudits for his shot-stopping ability, but also for coming up big in critical moments, his save on a Tristan Borges’ penalty attempt in Leg 1 of Finals 2019 being the prime example.

In September, Carducci made history when he became the first CPL player to earn a Canadian national team call-up. Even though he didn’t see any action in the Reds’ pair of Concacaf Nations League matches against Cuba, he was praised by Herdman and Milan Borjan, Canada’s starting goalkeeper, for his worth ethic in the team’s training camp.

Other awards handed out on Tuesday were Player of the Year (Tristan Borges of Forge FC), Coach of the Year (Cavalry FC’s Tommy Wheeldon Jr.), Best Canadian U-21 player (Borges).