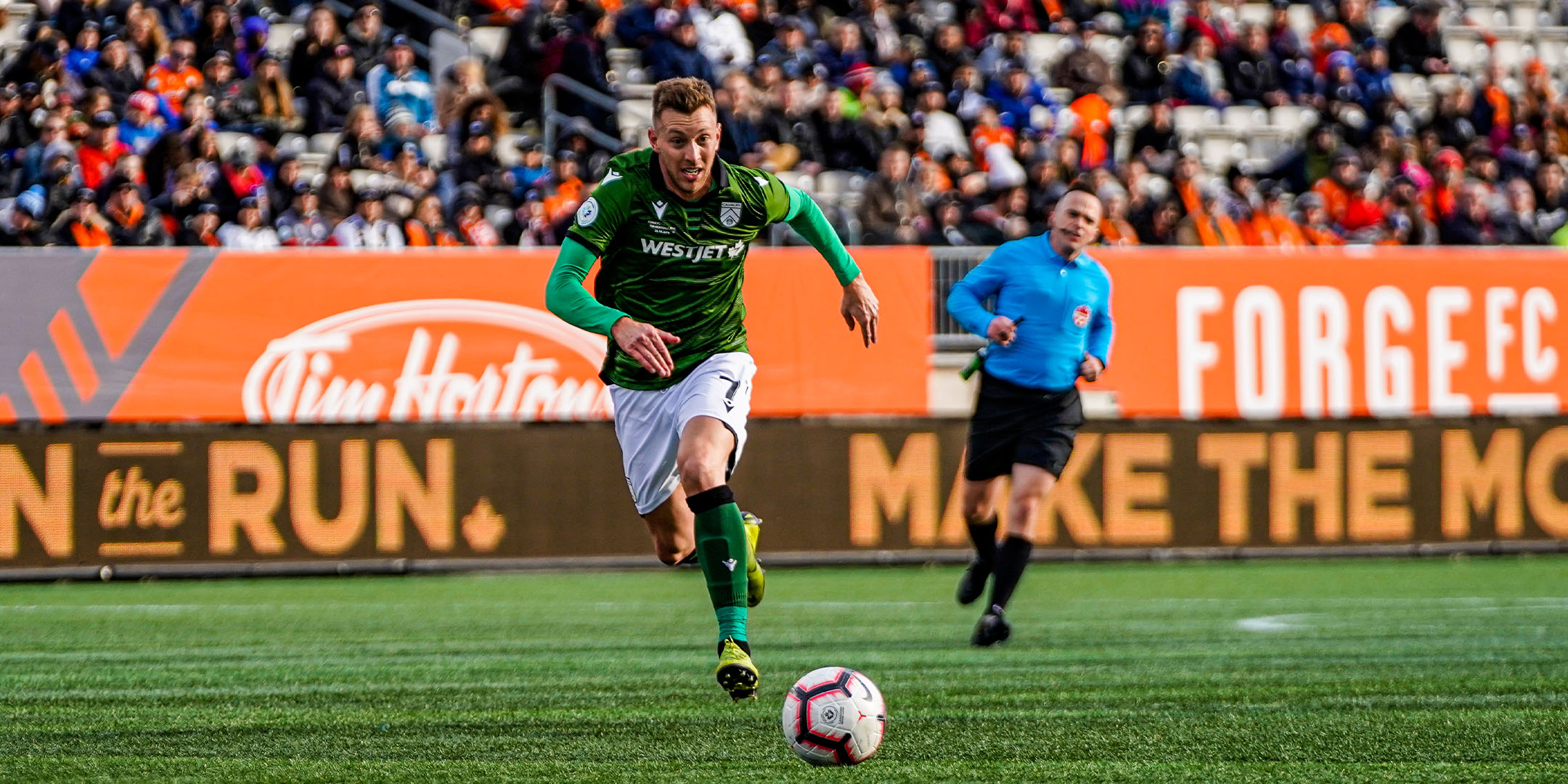 Tommy Wheeldon Jr. wasn’t kidding when he said he’d be focusing on re-signing players to close out 2019.

Cavalry FC announced another trio of roster moves on Thursday, revealing that they’ll be bringing back Jordan Brown, Oliver Minatel, and Niko Giantsopoulos for the 2020 CPL season.

Brown, a 23-year-old Englishman, made an impact as a versatile forward for the Cavs in 2019, scoring five goals in all competitions — including the first in club history, back in May.

Brown also memorably found the net just seven minutes into Cavalry’s historic win over the Vancouver Whitecaps at BC Place, setting the scene for a stunning night in the Canadian Championship.

The striker came to Cavalry as a highly-touted attacker, having developed in the West Ham United academy in London.

“Jordan played an important role in our team this past season and scored some pivotal goals… We feel he has even more to show next season,” Wheeldon Jr. said.

Also returning is Minatel, a 27-year-old attacker from Campinas, Brazil. He emerged as a key piece for Cavalry in 2019, especially in lieu of an injured Sergio Camargo. Minatel’s form was even good enough down the regular season stretch to start in Leg 1 of Finals 2019 ahead of Camargo, as he continued to play well throughout the Fall season.

The Brazilian scored seven goals in the Fall campaign alone, level with eventual Golden Boot winner Tristan Borges and Cavalry teammate Dominique Malonga. He contributed two of the eight goals his side scored in their Labour Day drubbing of Valour FC, having developed into an exciting creative midfielder with a nose for goal.

“Oliver was an unsung hero for us last year.. He was dubbed ‘The Brazilian Ghost’ for a reason as he has this great knack of arriving in the box at the right place at the right time. On top of all that he is a great character and excellent professional, something our younger players are learning off of,” Wheeldon Jr. offered.

Rounding out the trio of returnees is Giantsopoulos, who was very solid in his role as a backup goalkeeper this year. The Markham, Ontario native made nine appearances for the Cavs, four of them coming in the Canadian Championship, and he allowed just seven goals.

He made some massive saves for his side in 2019, especially in their Al Classico duels with FC Edmonton, taking over in Marco Carducci’s stead while the starter joined the Canadian men’s national team.

“We believe that he can continue to compete and push Marco for the coveted goalkeeper starting spot next year. Aside from his ability, Niko is an exceptional locker room guy too and contributes greatly to our culture,” Wheeldon Jr. stated.