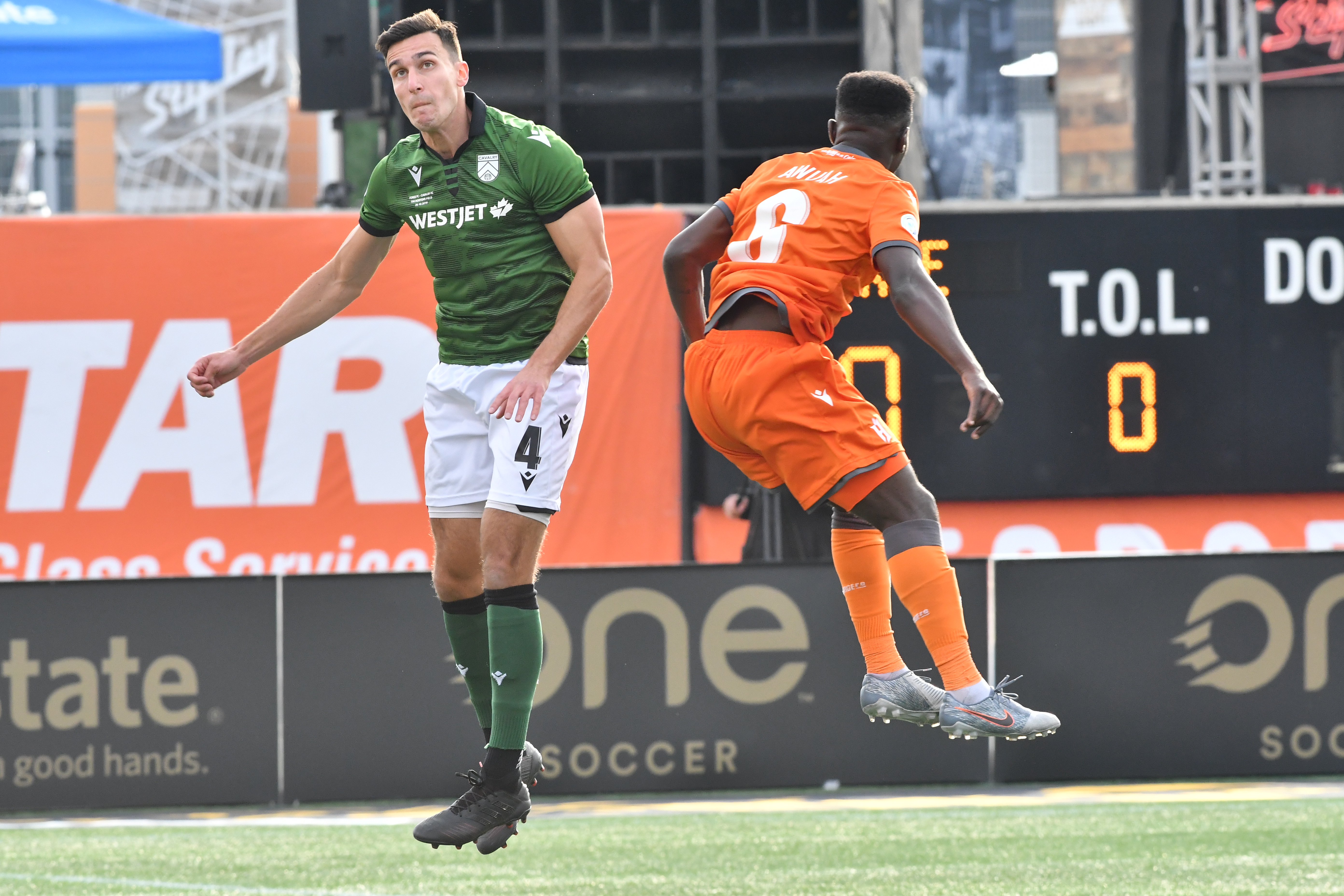 CALGARY – Dominick Zator has seen days like this before.

As Cavalry FC prepared to take on the Vancouver Whitecaps in Canadian Championship play, the odds were overwhelmingly against his young, upstart side. After all, Cavalry had only been in existence for a handful of months, regardless of its roots in the PDL as the Foothills.

Yet, a win over the Whitecaps, spurred on by a Zator header, began to weave a narrative that the Cavs have carried throughout this inaugural Canadian Premier League campaign – that of a Cavalry team of destiny, on a path to history one taken hill at a time.

Winners of Spring? Yup. Winners of the follow-up Fall, a stanza they didn’t even need to win? You bet. Along the way, Cavalry took on Forge many, many times (seven, to be exact, heading into Finals 2019). Nothing separated them when the dust settled: three wins apiece, plus a draw, and all square on goals scored.

But that eighth meeting? That one didn’t go as planned.

“The whole team had their own little pieces to say afterward in training, little bits of motivation here and there,” Zator told CanPL.ca, on the eve of a second leg at ATCO Field, Spruce Meadows, where Cavalry FC will look to overcome a 1-0 deficit from Leg 1 in their hunt for the North Star Shield.

“It was mainly just that things maybe didn’t go our way in Leg 1, but we have to keep looking at the bright side. It’s only one goal. It definitely could have been worse. So, that’s a positive. We looked over video right away to see where things went wrong, and see where we can improve. You don’t really want to sulk on it too long – it was just one of those days where things didn’t go well – but there’s another match. It’s two legs. We can move on and improve.”

Move on and improve. It’s the sort of undeterred optimism that Cavalry head coach Tommy Wheeldon Jr. immediately instilled in his team following a 1-0 loss to Forge in Leg 1. In his post-match press conference, Wheeldon Jr. was positively beaming, happy to escape Tim Hortons Field with a narrow scoreline, and fully confident that his team can pull off the comeback in Leg 2.

“People laugh but, in football you have to suffer and be prepared to suffer,” Wheeldon Jr. said, after the first match, summing up the sentiment – rather, the mentality – that Zator says permeated throughout his team.

“We’ve got everything to play for,” Zator offered. “They have to come to Calgary to play at our fortress. We have our fans at our back.

He added: “We’ve been playing really well here, and scoring goals. That’s the mentality we have right now, knowing that playing here in Calgary will make it a different game – and, hopefully, a positive one for us.”

Being at home isn’t enough, though. Zator and his teammates will still need to put in the work. They’ll still need to battle for every ball, win their challenges, and, most importantly, they’ll need to score at least twice, and potentially more, should Forge find the back of the net and grab a game-changing away goal of their own.

It won’t be easy. Forge certainly won’t make it so. But, Zator and his teammates already knew that.

“I mean, there’s definitely a possibility it’s going to be– well, no, without a doubt, it’s going to be a physical test,” Zator said, interrupting his first train of thought. “Both teams will be battling hard. It’s the final game of the season, and both teams want to win. But, we have to play smart. We will definitely go in physically, and we want to win all our challenges, but it’s what we do with the ball that will make the difference in this game.”

Home field advantage. Down a goal. A well-known foe. Testiness in the air. It makes the 100th match of the 2019 season all the more intense… and, for Zator, that much more enjoyable.

“Our backs are against the wall. We’ve got nothing to lose and everything to gain, so we’ll go out there for the fight of our lives,” Zator affirmed. “We want to put on a show for our fans and get that win in the end, so we can hoist the trophy in front of our supporters.”